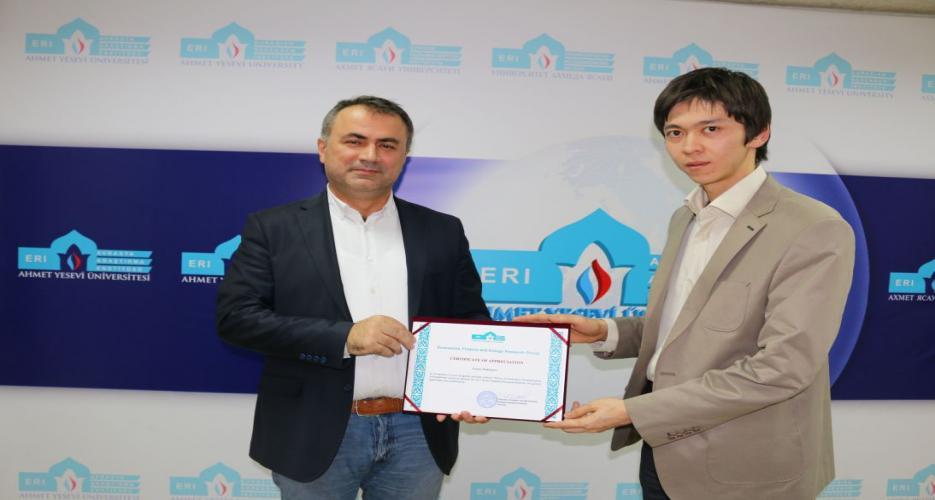 During the seminar comparing yearly changes in the number of firms in the mining and manufacturing sectors and in the number of workers, Makhanov expressed his views on the impact of Dutch disease on these changes. He also gave information about the real growth rates of the manufacturing and mining sectors. Speaking of the impact of the Dutch disease on trade, he stated that Kazakhstan’s export diversification index fell from 0.82 to 0.74 in 1999-2013. Regarding bank loans in terms of sectors, he said that the share of the construction sector had increased rapidly from 3.9% to 19.6% between 1997 and 2008, while the ratio of loans to the industrial sector had dropped from 34.5% to 10.2% in the same period. However, this situation changed in 2009-2015 and the share of the loans given to the industrial sector increased from 9.6% to 13.4%, while the share of the construction sector decreased from 18.8% to 7.8%.

Looking at the structure of the manufacturing sector between 1991 and 2015, he stated that it had been dominated by food, textile and basic metal products. However, the share of textile and food products has declined considerably over the years and the share of basic metal products has almost doubled reaching 35.8% in 2015. Makhanov stated that Kazakhstan has been implementing two important state programs to improve its industry, namely the Strategy of Industrial and Innovation Development of Kazakhstan for 2003-2015 and the State Program on İndustrial-İnnovative Development of Kazakhstan for 2015-2019. It was said that the main goal of the programs was to stimulate diversification and improve competitiveness of the manufacturing sector. He stated that the first program had failed to show the desired performance, whereas the second program had already achieved many goals and it would reach its goals by 2019.

At the end of the seminar, participants exchanged views on whether there is a Dutch disease and its effects on Kazakhstan’s economy.