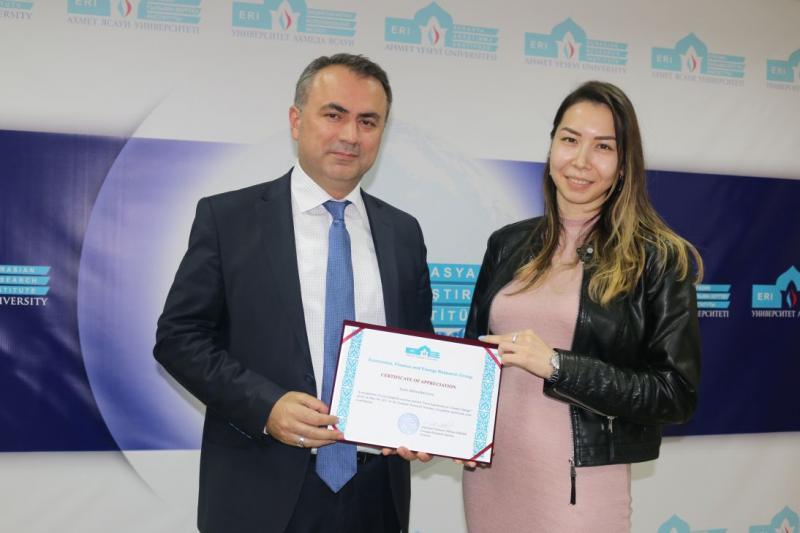 Saule Akhmetkaliyeva during the seminar titled “Paris Agreement on Climate Change” provided detailed information on the agreement itself, as well as information on the advantages and disadvantages of the agreement. She stated that the Paris Agreement was United Nations framework agreement on the issue of climate change. The agreement was accepted by 195 member states of the United Nations Framework Convention on Climate Change (UNFCCC) on 12 December 2015 as a result of their negotiations. According to Akhmetkaliyeva, if global average temperatures exceed the 2°C threshold, it could cause catastrophic and irreversible consequences. She emphasized that the Paris Agreement was a very important agreement because the member states should keep the rise in temperature below 2 degrees.

She added that the agreement was opened for signature on 22 April 2016, and as of April 2017 195 UNFCCC member countries had signed the agreement and 144 countries had ratified the agreement. The fact that China and the United States, which are responsible for 40% of the world’s carbon dioxide emissions, are among the countries that have ratified the agreement, makes it an important milestone in terms of efforts in this framework. As it is known, the US has signed the Kyoto Protocol although not ratified it up to now, and the ratification of the Paris Agreement by the US was a surprising and positive development. Former President of the United States Barack Obama played important role in ratification of the agreement.

The Marrakesh conference, which took place between 7-18 November 2017, was a very important meeting for discussing the steps towards the implementation of the Paris Agreement and concrete steps had been taken in the negotiations and bureaucratic proceedings. She also stated that during the conference 48 states had announced that they would stop using coal by the year 2050. Furthermore, in terms of funding climate projects, the Green Fund aimed at collecting $100 billion a year by 2020, and the US, Britain and Germany will allocate $50 million for developing countries’ carbon accounting systems. Akhmetkaliyeva ended her speech by stating that if one of the President Donald Trump’s biggest campaign promises on withdrawing from the Paris Agreement takes place, as a domino effect other countries can also withdraw and it can be the cause for the cancellation of the agreement.

At the end of the seminar, participants exchanged views on climate change issues.