the Research Fellow of the Eurasian Research Institute, Zhengizkhan Zhanaltay, held a seminar on the topic of the Evaluation of the changes in the migration and the remittance flow of the Central Asian labor migrants in 2015 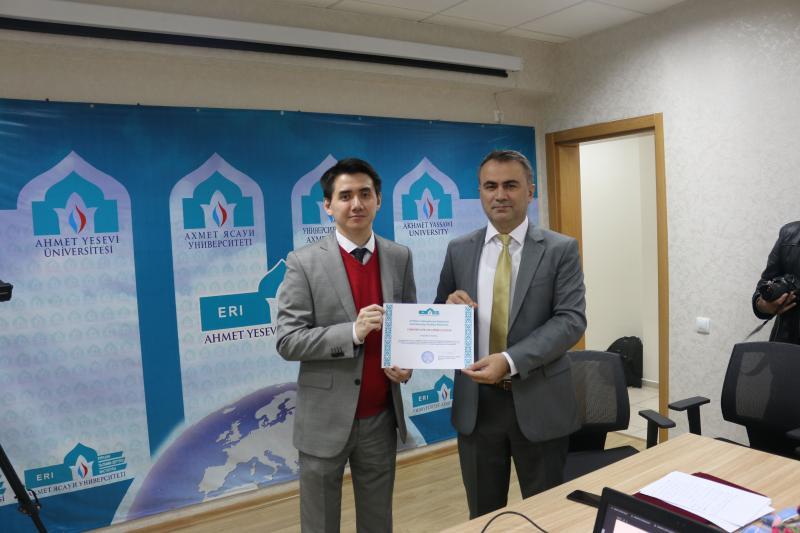 During the course of the seminar named “Evaluation of the changes in the migration and the remittance flow of the Central Asian labor migrants in 2015,” the Research Fellow of the Eurasian Research Institute, Zhengizkhan Zhanaltay, touched upon the main aspects of the economic and legal difficulties faced by the Central Asian labor migrants due to both domestic and international events of 2015. Zhanaltay emphasized that the majority of the Central Asian migrants are choosing to migrate abroad because of the insufficient number of job opportunities in their own countries. Therefore, the labor migrants are looking for either short-term or long-term jobs in big cities of Russia such as Moscow and St. Petersburg. This issue has worsened since the implementation of 11 changes to the Russian migration law on January 1, 2015.
During the seminar the following topics were mentioned: the replacement of the quota system by the patent system (work permit for citizens whose countries have a visa-free entrance agreement with Russia) and the requirement for Tajik and Uzbek labor migrants to enter Russia with their international passports due to establishment of the Eurasian Economic Union. The most negative impact on the income of the migrant workers was the patent price set by the regional and city authorities based on the increase of prices by 2-3 times in migrant magnet cities such as Moscow and St. Petersburg. He also added that economic slowdown in Russia and significant depreciation of Ruble against US dollar made it difficult for labor migrants to find jobs and reduced their earnings by half in dollar value.
Zhanaltay pointed out that there is a 24% decrease in the number of migrant workers who have an official work permit compared to the last year. There are two possible explanations to the decline: either 24% of migrant workers decided not to migrate to Russia or they are working illegally without proper documents. On this point, the second explanation is more logical because in order to subsidize the losses in their income due to increased cost and bureaucracy of obtaining work permit patents number of migrant workers were forced to work illegally.
At the end of the seminar participants discussed work permits in Russia and other related topics.