The Roundtable on Kazakhstan’s Contribution to Nuclear Disarmament 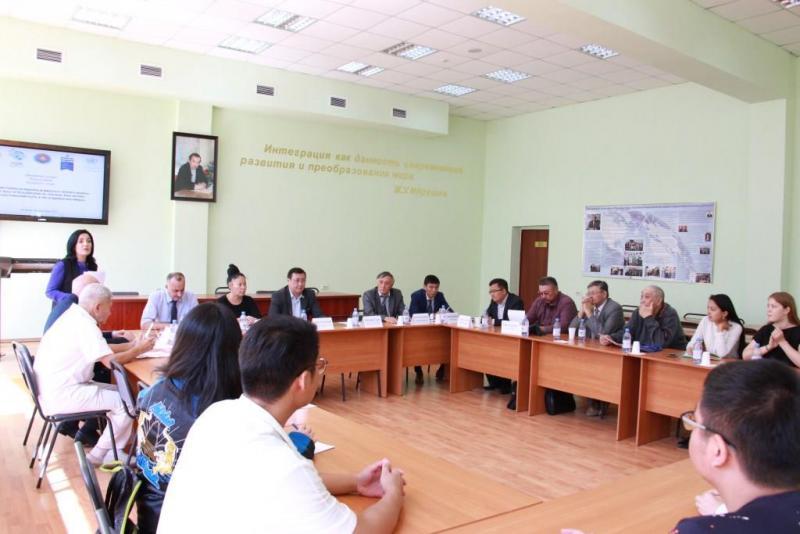 On September 19, 2017, ERI Senior Research Fellow Dauren Aben attended the international roundtable titled “Kazakhstan’s Path to a Nuclear-Free World” which was held at the Department of International Relations of the Al-Farabi Kazakh National University. The event was organized by the department’s UN Regional Promotion Center and the charitable public foundation named “Polygon – August 29” with support from the Almaty office of the UN Department of Public Information. The roundtable was devoted to the International Day of Piece observed on September 21 and the International Day for the Total Elimination of Nuclear Weapons observed on September 26, as well as to the 26th anniversary of the closure of the Semipalatinsk nuclear test site by President of Kazakhstan Nursultan Nazarbayev in August 1991.

Diplomats, activists of anti-nuclear non-government organizations, representatives of the academic community and young researchers took part in the roundtable. Participants discussed a wide range of topics, including negative social and environmental consequences of nuclear testing at the Semipalatinsk site, Kazakhstan’s initiatives in the field of nuclear disarmament and nonproliferation, and current challenges to the international nonproliferation regime. In his presentation, Dauren Aben addressed the issues related to the recently adopted Treaty on the Prohibition of Nuclear Weapons, outlined necessary steps for the entry into force of the Comprehensive Nuclear-Test-Ban Treaty and specified promising research areas in this field that could be of interest to the emerging generation of scholars.