On February 3, 2022, Zhandos Karinbayev, PhD candidate of the Faculty of Political Science and International Relations at the University of Warsaw gave an online seminar titled “Poles in Kazakhstan: Past and Present through the Eyes of a Researcher”. 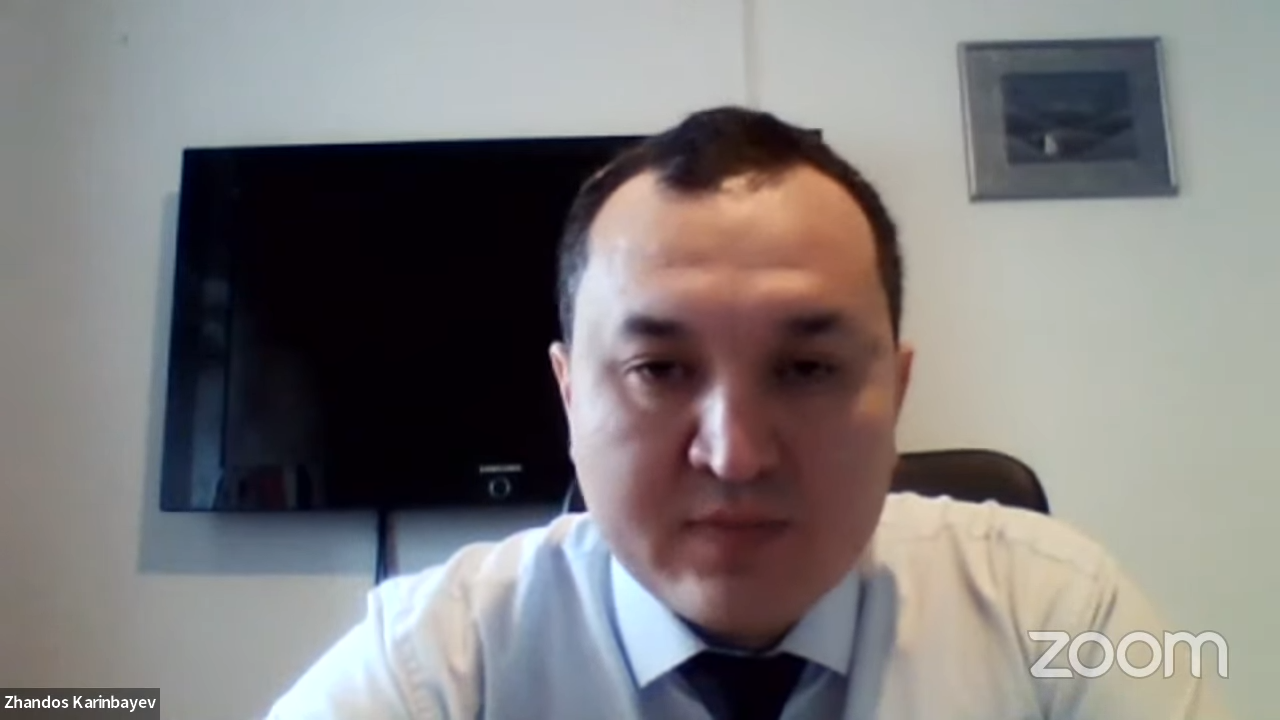 Zhandos Karinbayev, a PhD candidate of the Faculty of Political Science and International Relations, Warsaw University, presented about the situation of Poles in Kazakhstan. He mentioned that Poles are the largest ethnic group in the West Slavic group and in Poland, they represent 97.1% of the population (according to the 2011 census). The vast majority of Poles are Catholic, whilst with the spread of Catholicism in the Polish lands, the Latin alphabet has been used for a long time. At present, the number of Polish people in Poland is about 37 million people. However, due to social and political issues at different periods, there is a huge diaspora of ethnic Poles abroad that according to the records consist of over 16 million people.

Among the countries where the Polish diaspora lives there is also Kazakhstan. The researcher singled out six main periods of migration of Poles to Kazakhstan. The first migration took place during 769-1820 years; the second was held in 1830-1831 due to the participation in the “November Uprisings”; the third large migration happened with the deportation due to political activity in the last quarter of the XIX century; the fourth period was connected with the voluntary migration to serve in the Kazakh steppe and Turkestan region; the fifth period is associated with the internal displacement of persons released during the WWI, and lastly with the expulsion of Soviet Poles in 1936 and during the 1940-1941 year with the expulsion of Polish citizens. Zhandos emphasized that each period is connected with important historical events.

Further, the presenter described in detail the circumstances of how each migration process took place. He also mentioned the role of Poles in the development of Kazakh history, ethnography, culture and language, medicine and natural sciences. The policy of Russification in the Soviet Union, living in a mostly Russian-speaking environment, lack of access to education in the mother tongue, intermarriage with other Slavs, made the Poles of Kazakhstan a Russified ethnic group.

Since independence, the number of Poles in Kazakhstan has been steadily decreasing. Mainly, it is related to the return policy of the Republic of Poland, where a good socio-economic development attracts them to return back to their homeland. Nevertheless, in Kazakhstan, there are a lot of Polish ethnocultural associations, including 16 registered associations in the country.

At the end of the seminar, the participants exchanged views and emphasized the importance of continuing studies of Poles in the region.