Afghanistan: A New Variable in Equation 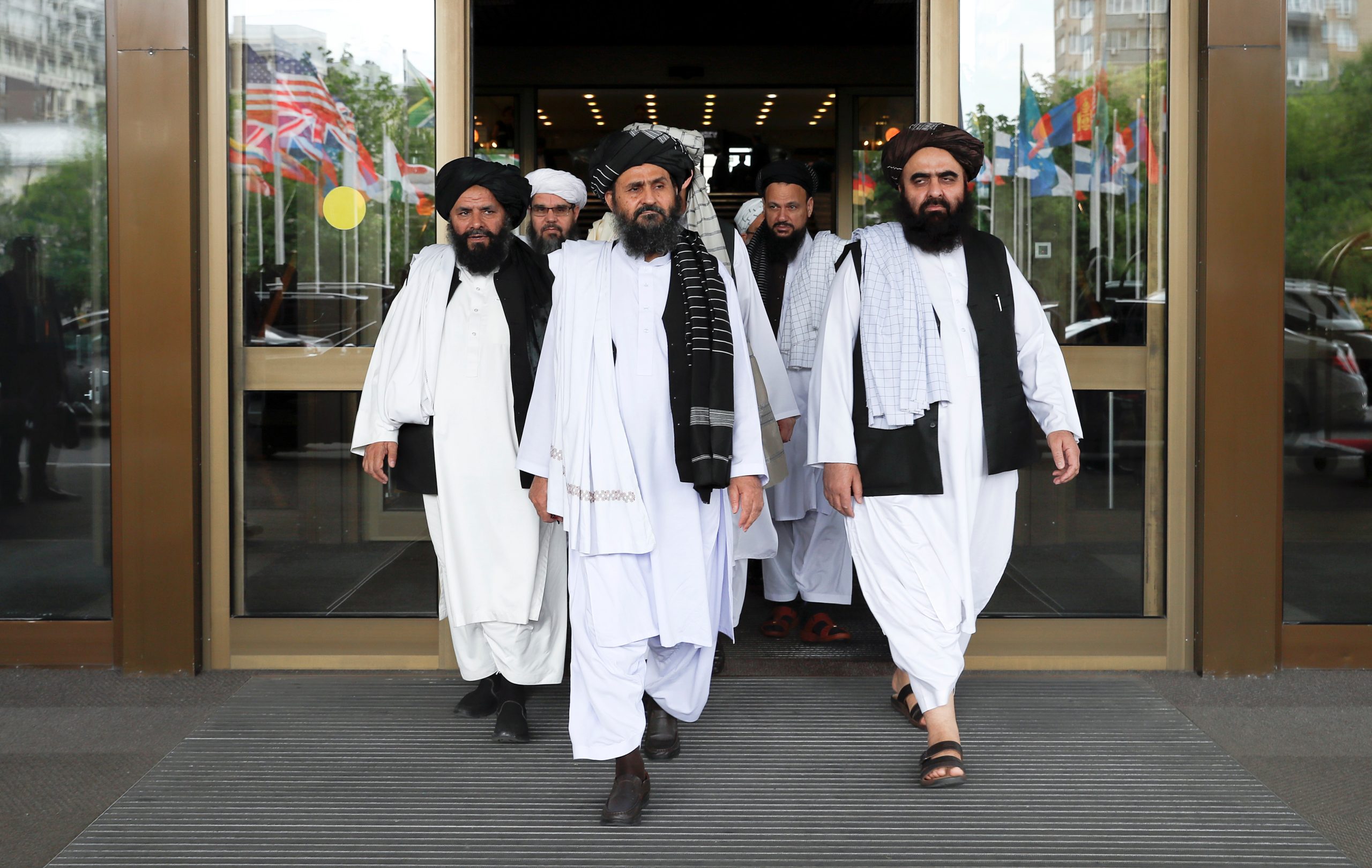 The withdrawal of the United States (U.S.) from Afghanistan after 20 years has brought many unexpected circumstances for the region in general and to Afghanistan in particular. It is argued that withdrawal of the U.S. is quick and clumsy leading to chaos on a certain level in the country. The military presence of the U.S. in Afghanistan was a major stabilizing power and its withdrawal was something that the majority of the surrounding countries and regional powers would not want to happen. The degree of uncertainty that this decision of Biden’s administration brings is perhaps the highest for Afghanistan’s neighbors to the north. The five Central Asian states (Kazakhstan, Kyrgyzstan, Tajikistan, Turkmenistan and Uzbekistan) have developed their relations with Afghanistan on a different scale over the last three decades. During the period of the previous internationally recognized Afghan government, relations were rather stable and predictable for Central Asian countries. However, under the current Taliban ruling establishing new connections with them would bring important changes in the regional geopolitics of Central Asian states. The degree of uncertainty and complexity of the situation gets even more with the fact that major regional powers, like Russia and China, also do not have clear-cut policies and strategies regarding Afghanistan.

On August 6, 2021, the Heads of State of Central Asia took part in a Consultative Meeting, following which the parties signed a Joint Statement. This was one of the very rare cases when the five Central Asian states were engaged in negotiations under a common framework. The parties confirmed that one of the most important factors in maintaining and strengthening security and stability in Central Asia is to settle the situation in neighboring Afghanistan. In this regard, the heads of state expressed their readiness to provide all possible assistance in the earliest possible achievement of civil peace and harmony in Afghan society. The sides also emphasized their alignment with the position of international organizations stating that the parties would support the efforts of all interested states and international organizations aimed at ensuring security and stability in Afghanistan, restoring the country’s socio-economic infrastructure and its involvement in world economic relations [Akorda.kz, 2021].

Perhaps, Tajikistan is the country that is worried the most since the Taliban’s takeover in Afghanistan, which is the country next door. It quickly reached out to Russia for military reinforcement along its border with Afghanistan taking advantage of its membership in the Collective Security Treaty Organization (CSTO). Tajikistan was also the country that supported the ethnic Tajiks in Afghanistan, who constituted the main opposition to the Taliban, and openly criticized Taliban’s refusal to recognize Afghanistan’s ethnic diversity through creating an inclusive government [Golosameriki.com, 2021]. Statement by the President of Tajikistan Emomali Rahmon was criticized shortly after that by Deputy Chairman of the interim government of Afghanistan Abdul Ghani Baradar, who said that Tajikistan was interfering in the internal affairs of the country [Kommersant.ru, 2021]. Minorities became one of the principal issues and pretexts that stimulated early talks between the five Central Asian states and Afghanistan as soon as the Taliban took control of the country. The country is home to almost all Central Asian ethnicities, with Tajiks being the largest minority after Pashtuns. The Uzbek government is mostly concerned about the official status of the Uzbek language spoken by ethnic Uzbeks living in Afghanistan. Earlier the official status of the Uzbek language was guaranteed by the Taliban [Tass.ru, 2021], but then it issued a temporary law that deprives the Uzbek language of its official status in Afghanistan [Lenta.ru, 2021]. However, the negotiations between Uzbekistan and Afghanistan on this matter are underway. Kazakhstan has already evacuated some of the ethnic Kazakhs from Afghanistan and admitted that more of them could be evacuated in the near future [Tengrinews.kz, 2021]. Similarly, the government of Kyrgyzstan is also actively working on evacuating ethnic Kyrgyz people from Afghanistan [Currenttime.tv, 2021]. As long as the U.S.-backed Afghan government was there, the ethnic factor of the Afghan society was not a major issue. However, it turns out that the level of support for the Taliban differs significantly among ethnic groups and it is generally lower among Tajiks and Uzbeks in Afghanistan than among Pashtuns. The low degree of approval of the Taliban government by ethnic minorities living in the northern provinces of Afghanistan can potentially be viewed as a sign of disloyalty leading to tougher stance and ethnic disrcimination of those people by the new government. The interethnic cleavages and discord might well be exported to Central Asian countries that had not been really involved in mutual long-lasting friendly relations over the last three decades. So in this regard, Afghanistan could be viewed as a potential deterioration factor for the regional geopolitics in Central Asia.

Another not potential, but rather a fully real factor brought by the new religious format of Afghanistan is Islamisation. A new format of a large fundamentalist theocracy in the Center of Eurasia will definitely institutionalize Islam converting it into an important geopolitical factor. Secularism is an important pillar that props up the legitimacy of current governments of the five Central Asian states. Any self generated tendencies towards religiousness in these countries were perceived as a potential point of accumulation of social discontent. Therefore, these states have quickly elaborated approaches to distinguish righteous teaching of Islam from radical ideas. The Taliban, who overthrew the previous legitimate internationally recognized government, undoubtedly changed many variables in the complex system of regional relations. Now, in this situation, the Central Asian governments will have to set up friendly relations with the new Afghanistan, for which the factor of Islam is of institutional and fundamental importance.

The new format of Afghanistan is a completely new factor that will have a manifold effect on neighboring countries. The Central Asian countries will have to develop comprehensive strategies of diplomacy and neighborhood with Afghanistan without much reliance neither on Russia nor China. At the same time, it should be a top priority for Central Asian states not to damage the balance among themselves reached over the last several years. Moreover, all these tasks should be accomplished by the governments of Central Asian states taking into account also internal risks that have risen with the change of the regime in Afghanistan.

Akorda.kz (2021). Joint Statement on the Results of the Consultative Meeting of the Heads of State of Central Asia. Retrieved from https://www.akorda.kz/ru/sovmestnoe-zayavlenie-po-itogam-konsultativnoy-vstrechi-glav-gosudarstv-centralnoy-azii-672511. Accessed on 29.10.2021.

Currenttime.tv (2021). Kyrgyzstan will accept over 340 ethnic Kyrgyz who fled from Afghanistan to Tajikistan. Retrieved from https://www.currenttime.tv/a/kyrgyzstan-afganistan/31360493.html. Accessed on 29.10.2021.

Golosameriki.com (2021). Tajikistan says it recognizes only the inclusive government of Afghanistan. Retrieved from https://www.golosameriki.com/a/tajikistan-says-it-will-not-recognise-exlusively-afghanistan-govt/6015623.html. Accessed on 25.10.2021.

Kommersant.ru (2021). Taliban accused Tajikistan of interfering in the internal affairs of Afghanistan. Retrieved from https://www.kommersant.ru/doc/5006237. Accessed on 25.10.2021.

Tengrinews.kz (2021). More than 200 ethnic Kazakhs can evacuate from Afghanistan. Retrieved from https://tengrinews.kz/kazakhstan_news/200-etnicheskih-kazahov-mogut-evakuirovat-afganistana-447452/. Accessed on 29.10.2021.