Economic Cooperation between Russia and China 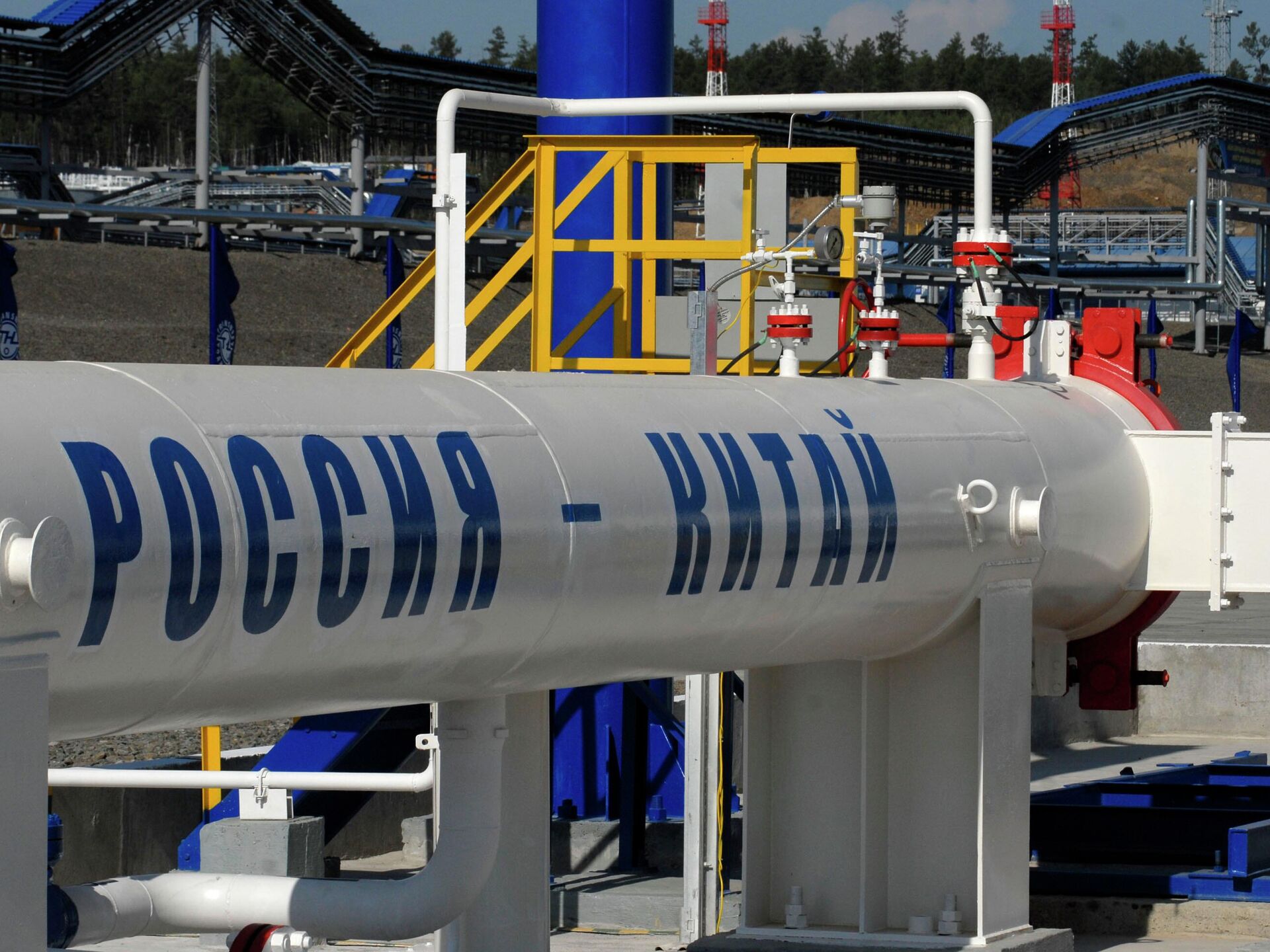 Russia’s economy is under severe pressure after it decided to invade Ukraine. The United States, members of the European Union, and other countries imposed sanctions against Russia. Many representatives of the global corporations, which have been working in Russia for decades, left the country. Russia’s major corporations and banks are also suffering from international pressure and their affiliates were closed in many countries. Russia’s trade indicators, in particular imports, dropped due to sanctions on Russia’s key industries and the impossibility to import needed products. In these circumstances, the role of the strategic partnership of Russia and China gained importance. Therefore, this commentary aims to show the role of China in Russia’s economy in terms of trade and investments in order to reveal future perspectives of their bilateral relations. 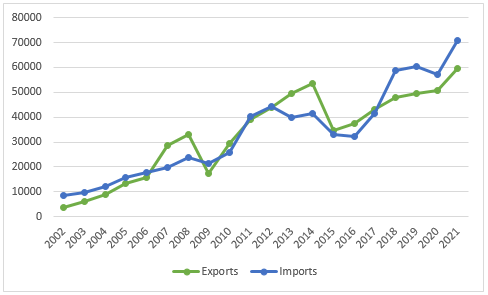 Source: The Author’s compilation based on the International Trade Center (2022) data.

However, according to other sources, total trade between China and Russia jumped 35.9% last year to a record $146.9 billion. Since 2014, after the “Crimea Spring”, the trade turnover has increased by more than 50% and China has become Russia’s biggest export destination. The structure of bilateral trade shows that Russia mainly supplies raw materials and imports manufacturing and technological products. It is important to note that in 2021, Russia was China’s second-biggest oil, natural gas, and coal supplier. Russia received 107 loans and export credits worth $125 billion from Chinese state institutions between 2000 and 2017. China and Russia began using their currencies to settle bilateral trade in 2010 and opened their first currency swap line in 2014. Yuan’s share in the Russian central bank’s foreign currency reserves increased from 0.1% in June 2017 to 13.1% in June 2021. The two countries plan to increase bilateral trade to $250 billion [Reuters, 2022].

Russia and China are further strengthening energy cooperation. In February 2022, Gazprom and China National Petroleum Corporation (CNPC) signed a gas deal for an additional 10 billion cubic meters (bcm), raising the Russian capacity to export to China up to 48 bcm. However, Russia is interested in more ambitious projects such as a pipeline network from Siberia and Mongolia to China and the Soyuz-Vostok pipeline, which alone would be able to supply an additional 50 bcm of natural gas, doubling Russia’s export capacity to China [Cohen, 2022].

As Western companies refuse to buy Russian oil due to the situation in Ukraine, China is increasing purchases at bargain prices. It was expected that China’s seaborne Russian oil imports would reach a record 1.1 million barrels per day (bpd) in May, up from 750.000 bpd in the first quarter and 800.000 bpd in 2021. The price of Russia’s oil is well below competing barrels from the Middle East, Africa, Europe, and the United States. The low price of Russian oil remains beneficial for Chinese companies, at the same time helping Russia to support its shrinking economy. It is important to note that China separately receives some 800.000 bpd of Russian oil via pipelines under government deals. That would bring May imports to nearly 2 million bpd, 15% of China’s overall demand [Chen and Tan, 2022]. It is worth noting that an important share of Chinese lending to Russia took the form of advance payments for oil deliveries. Under a 2013 agreement, the state-owned CNCP made advance payments of at least $30 billion to Rosneft in exchange for long-term oil deliveries through the Russia-China oil pipeline [Horn et al., 2022].

The strategic partnership of Russia and China includes cooperation in military issues, information and communication technologies, and membership in several important organizations such as the Shanghai Cooperation Organization, which also covers economic partnerships. Russia remains an active participant in China’s Belt and Road Initiative (BRI). Moreover, it supported the idea of convergence of the BRI with the Eurasian Economic Union. However, experts recognize that the bilateral relations between Russia and China are in a different position where China’s importance is growing globally, while Russia’s significance is declining. China is being cautious in its support for the Kremlin to maintain its freedom of maneuver. Moreover, Beijing’s interests are mainly based on the purchase of cheap natural resources from Russia [Kirillova, 2022].

Therefore, economic cooperation with China is of high importance for Russia. Besides bilateral partnership, Russia seeks China’s aid and support both regionally and globally. Despite claims that the strategic partnership between Moscow and Beijing has no boundaries, the future perspectives of the cooperation between the two countries will depend on a variety of factors. The decline of the Russian economy under global isolation will make Russia a China-dependent country. Despite China being interested in cheap raw materials, the costs of cooperation with Russia may be higher due to the international pressure as some sanctions can be imposed on China. Beijing’s long-term vision of Moscow will play a crucial role. The peaceful global rise of China contradicts Russia’s current policy. If China refuses to trade or invest in Russia, the latter’s economic and political decline will be accelerated. This fact will strengthen China’s position in Eurasia, in particular in Central Asia. Therefore, under these circumstances, any type of bilateral interaction between the two countries, in particular, the purchase of cheap raw materials or suspension of economic relations, will be beneficial for China, strengthen its position, and will have long-lasting implications for the region. For Russia, it is important to reconsider its foreign policy, re-evaluate the costs and benefits of its international actions, and change its policy towards peace and prosperity. Otherwise, a number of challenges to its economic and political future will increase both regionally and globally.

Horn, Sebastian, Reinhart, Carmen, and Christoph, Trebesch (2022). China’s overseas lending and the war in Ukraine. Retrieved from https://voxeu.org/article/china-s-overseas-lending-and-war-ukraine. Accessed on 20.05.2022.