Influence of PISA on Educational Systems: Global and Local Dimensions 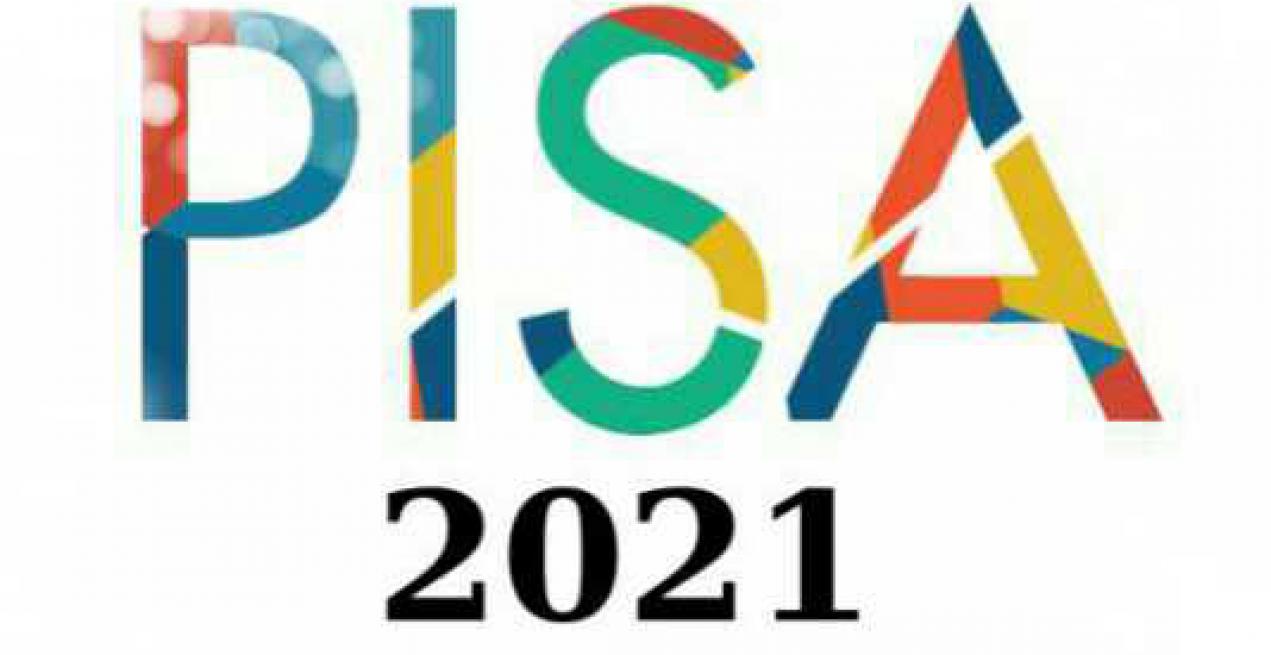 There is a considerable number of various international rankings that measure different intercountry variables, such as GDP, levels of political freedom, and others. However, one of the basic and most fundamental factors that influence economic, social, and political conditions is education. Among many educational tests available for the international community one of the most recognizable and impactful is the Program for International Student Assessment (PISA). It is a worldwide study by the Organization for Economic Cooperation and Development (OECD) in member and non-member nations intended to evaluate educational systems by measuring 15-year-old schoolchildren’s scholastic performance on mathematics, science, and reading. Since 2000, when PISA was first conducted, the number of participants has grown substantially, from 265,000 students representing 43 countries to around 600,000 students from 79 countries and economies by 2018 [Schleicher, 2019].

The influence of PISA has grown simultaneously with its scale, the results of the test causing amplitudinous reforms and hot debates all over the globe. For some PISA was an eye-opening guide to better education, for others – a dangerous illusion, over-relied on standardized methods of testing [Strauss, 2019]. There have also been several voices in Kazakhstan calling for attention and subsequent governmental actions in response to stable below-average results of local schoolchildren within the framework of PISA tests. However, so far the impact of PISA on the local educational system was limited. This contrasts heavily with the responses of some OECD members, such as Germany, Denmark, and Japan, which initiated wide-scale reforms of their educational systems in response to lower-than-expected results of the test. Grek [2009] demonstrates three types of common governmental and societal reactions to PISA results: PISA surprise, PISA shock, and PISA promotion. The PISA surprise is associated with higher-than-expected test results and it is common to such countries as Finland. The PISA shock is characterized by lower-than-expected results, especially among wealthy developed countries, such as Japan. Finally, the PISA promotion is associated with low media and societal interest in the country, yet the results could be promoted by the government, as in the case of the United Kingdom (UK). In any case, PISA results can be used as a powerful tool of justification and legitimization of certain projects and actions.

The interesting observation is that despite the rigidly low results of local schoolchildren throughout the years the PISA shock was not triggered in Kazakhstan. While local authorities do react to the results of the tests and acknowledge them, their response does not stretch beyond the explanation of the issues and appeals to wait for the next chance [Medelbek, 2019]. The research by Dobbins and Martens [2010] may prove helpful in understanding this phenomenon, as they have studied the difference in responses between Germany and the United States, both scoring relatively low in the prior tests. It was concluded that due to domestic evaluation programs the expectations of the U.S. society were modest, therefore the results of the test were not perceived as an external shock by the public. The same concept may be applied in Kazakhstan, where the quality of the education system has been an issue since the establishment of the state, and citizens are generally dissatisfied with the quality of education in the country [Demoscope, 2013]. With such a low level of expectations, the possibility of experiencing the PISA shock and implementing subsequent rapid and radical reforms in Kazakhstan is inferior. Moreover, the endless reforms of the local educational system and their mediocre outcomes may themselves be one of the reasons why no serious action is taken in response to the declining results of local students. Having studied the weak response of the UK to moderate PISA results, Knodel and Walkenhorst [2010] concluded that one of the contributing reasons for that were the previous reforms conducted by the UK government in the educational sphere.

Then what are the possible paths that a developing country can take to achieve higher results of its school education? One of the obvious yet necessary answers can be obtained through the intercountry comparison of government expenditures on education. For the last 10 years, Kazakhstan has spent no more than 3% of its GDP on education, which is significantly less than the average OECD spending of above 5%. Moreover, according to an OECD report [2017], Kazakhstan spends its educational budget inefficiently, prioritizing several key projects, such as the Bolashak program and Nazarbayev University, while severely underfunding the rest of the sphere. In addition, the grant distribution policy does not effectively support those who are not able to pay for their education, instead of including many people who can support themselves. The results are that Kazakhstan spends roughly $577 per schoolchild, while in such countries as Singapore, Japan and Finland this number can reach up to $10,000-$14,000 per student [Forbes Kazakhstan, 2020]. The contrast is especially stark when Kazakhstan is compared to some of its closest neighbors, such as Russia, Belarus, and Ukraine, scoring 92, 87, and 79 respective points more than Kazakhstan in the main area of focus of PISA 2018 – Reading [OECD, 2019]. While on average Russia has been spending slightly below 4%, Belarus and Ukraine have been spending around 5% and 6% of their GDP respectively on education during the last decade, and their GDP per capita equals only to 64% and 32% of that of Kazakhstan [World Bank]. Therefore, the first crucial step for Kazakhstan is an increase of expenditures on education and better management of such spending, as Kazakhstan still has a grand educational gap to close between itself and even some of its closest neighbors.

The autonomy of teachers and schools is another key factor regularly mentioned in the framework of Estonian and Finnish PISA successes [Jeffreys, 2019]. This is supported by OECD studies that especially highlight the need for autonomy of curricula and assessments, as there is a positive correlation between this kind of autonomy and the performance of scholars [OECD, 2011]. In one of the OECD reports [2018], Kazakhstani schools are described as having lower levels of autonomy compared to OECD countries.

Another contributing factor is the quality of teaching based on the desirability of a teacher’s career. It is no secret that currently the status of a teacher and financial rewards that are associated with this occupation are mediocre in Kazakhstan and this situation is acknowledged at the highest levels of government [Adilbekov and Kazistayev, 2019]. However, for the 30 years of independence, no positive changes have been observed in the respective field, therefore the new wave of reforms is initiated that is said to produce visible results in the next four to five years [Kazistayev, 2020]. At the same time in Finland, one of the champions of European secondary education, the profession of a teacher is said to be “the single most desirable career choice for younger Finns” [OECD, 2010]. It was achieved through the combination of such factors as high personal autonomy and control over classrooms, favorable working conditions, and a high professional entry bar. Moreover, teaching in Finland is historically considered to be one of the most respected careers.

Unfortunately, all the problems of school education in Kazakhstan have only worsened during the COVID-19 pandemic. Moreover, new problematic areas and issues have emerged. The size of funding, autonomy, and the status of an educator are as far off the mark as ever, even though many of today’s challenges stem from the poor state of these key foundations.

Adilbekov, D. and E. Kazistayev, (2019). Tokayev instructed the government to double the salaries of teachers. Retrieved from https://informburo.kz/novosti/tokaev-poruchil-pravitelstvu-uvelichit-zarplatu-uchiteley-v-dva-raza–94308.html. Accessed on 19.09.2020.

Breakspear, Simon (2012). An Exploration of the Normative Effects of International Benchmarking in School System Performance. Retrieved from https://www.oecd-ilibrary.org/education/the-policy-impact-of-pisa_5k9fdfqffr28-en. Accessed on 18.09.2020.

Dobbins, M. and K. Martens (2010). A contrasting case: The USA and its weak response to internationalization processes in education policy. In K. Martens, N. Alexander Kenneth, M. Windzio and A. Weymann (Eds.), Transformation of Education Policy. Basingstoke: Palgrave. Accessed on 18.09.2020.

Forbes Kazakhstan (2020). Why have Kazakhstani students failed the international PISA exam? Retrieved from https://forbes.kz//process/education/pochemu_kazahstanskie_shkolniki_provalili_mejdunarodnyiy_ekzamen_pisa. Accessed on 19.09.2020.

Kazistayev, Erbol. (2020). Will the Law “On the status of a teacher” improve the prestige of the profession? Retrieved from https://informburo.kz/cards/smozhet-li-zakon-o-statuse-pedagoga-uluchshit-prestizh-professii.html. Accessed on 19.09.2020.

Knodel, P., and H. Walkenhorst (2010). What’s England got to do with it? British Underestimation of International Initiatives in Education Policy. In K. Martens, N. Alexander Kenneth, M. Windzio and A. Weymann (Eds.), Transformation of Education Policy. Basingstoke: Palgrave. Accessed on 18.09.2020.

Medelbek, Ruslan (2019). Kazakhstani schoolchildren have shown results below average. Why? Retrieved from https://rus.azattyq.org/a/kazakhstan-at-the-pisa-ranking/30306602.html. Accessed on 19.09.2020.