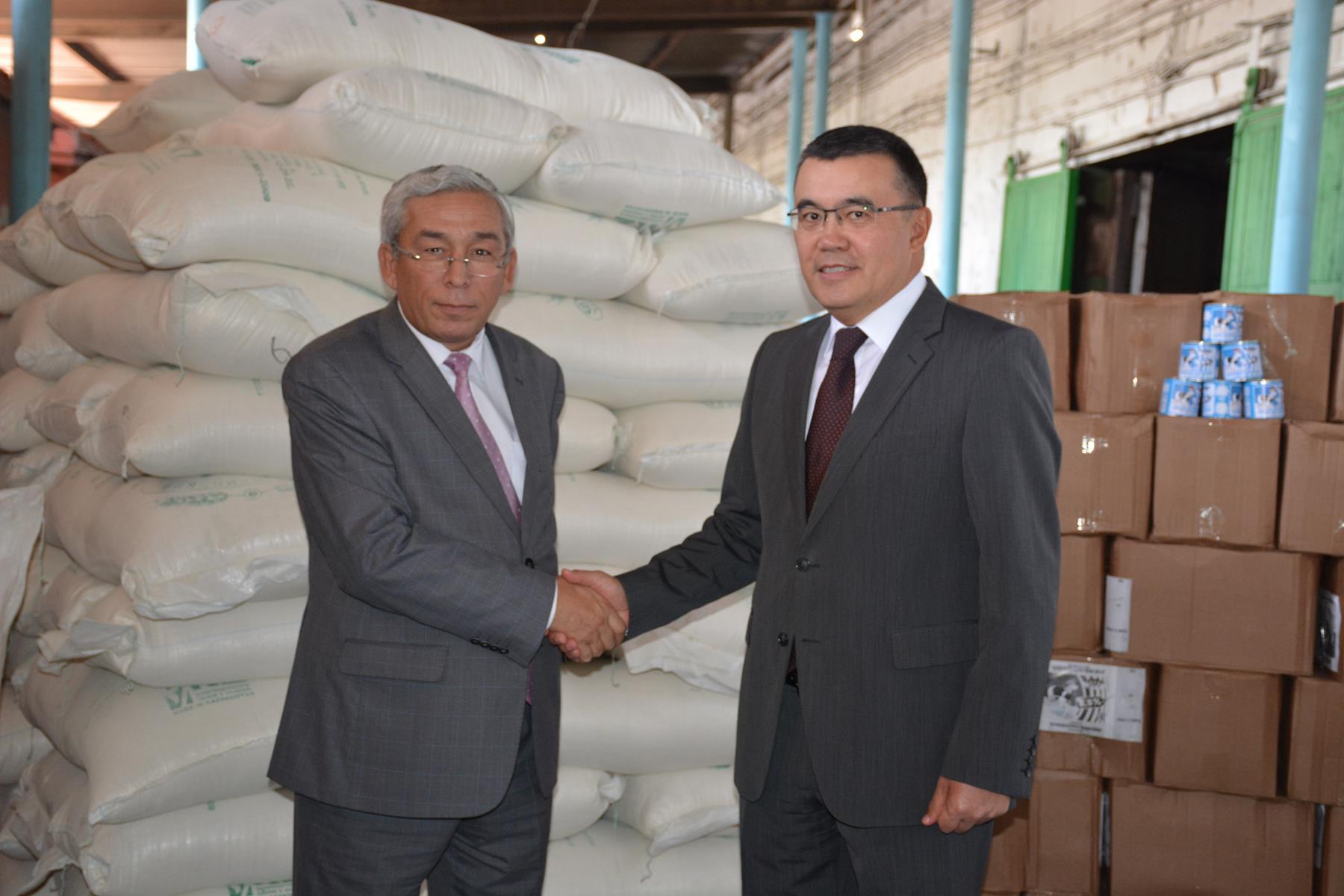 In August 2020, Kazakhstan’s Ministry of Foreign Affairs (MFA) announced the plans to start the work of the non-profit joint-stock company “Kazakhstan International Development Agency -KazAID” in September [Abdullaeva, 2020]. Although the intention to create KazAID was initiated back in 2016 and the draft of the government decree was opened for public discussion in 2018, the public negatively reacted to this news. The reason was that Kazakhstan’s internal development, especially during the COVID-19 pandemic, questions the relevance of the country’s initiative to help others when the country itself needs to maintain its socio-economic conditions. Despite that, MFA believes that the pandemic, on the other hand, demonstrated the demand for international collaboration, and the agency is expected to become among the key instruments of Kazakhstan’s foreign policy. Against this backdrop, the paper analyses Kazakhstan’s aid mechanisms and goals laid behind the initiative.

After the collapse of the Soviet Union, similar to other post-socialist states, Kazakhstan had faced the consequences of the transition to a market economy when the country needed financial support for the establishment of its sovereign institutions and economic system. Kazakhstan was included in the list of the Official Development Assistance (ODA) recipient countries in 1992 and started to engage with various international donors that contributed to the socio-economic development of the country. As the graphic below illustrates, since the early independence years, Kazakhstan had attracted a significant amount of ODA, whilst the income of ODA correlates with the level of GDP growth and oil prices.

At the same time, due to the dynamic growth of the country’s GDP thanks to the export of oil, uranium, wheat, and other natural resources, Kazakhstan simultaneously becomes a donor country. In 1999, former President of Kazakhstan Nursultan Nazarbayev announced the intention to reduce the dependency on international institutions and cut the number of loans. As a result, from 1999 to 2013, Kazakhstan had contributed $64,6 million for aid activities in comparison to $5,27 million of received aid [De Cordier, 2014]. Based on the statistics of received ODA, since the 2010s the country has been persistently reducing the amount of obtained aid.

Meanwhile, according to the World Bank classification, Kazakhstan became among the upper-middle-income countries in 2006 and was placed in 51st place in the World Bank report on the competitiveness of world economies in 2012. Those achievements pushed the government to announce the new strategy “Kazakhstan 2050” that aims to be among the top 50 developed countries in the world and to join the Organization of Economic Cooperation and Development (OECD) [Sharifzoda and Temirov, 2019]. One of the main requirements for that was the establishment and implementation of ODA activities.

Accordingly, in 2011, the government started consultations with the United Nations, national and international partners, and donors for the establishment of ODA mechanisms to become a donor country. As a result, in April 2013 was approved the Concept of the Republic of Kazakhstan in the field of official development assistance. The Concept incorporates four sections as the vision for the development of ODA; basic principles and general approaches; normative acts and legal framework; and financing of ODA [Zakon.kz, 2013]. Further, the government had passed the ODA Law in 2014 that defined the major objectives and tasks, principles, sectoral priorities, regulations, and organizational matters of Kazakhstan’s ODA activities [Zakon.kz, 2014]. The law also provided the legal basis for the creation of the agency for international development assistance – KazAID – coordinated by the Ministry of Foreign Affairs. Overall, Kazakhstan obliged to provide 0,01% of its Gross National Income (GNI) for ODA primarily to the countries of the immediate neighborhood [Insebayeva, 2020].

Since Kazakhstan is not a member of the OECD Development Assistance Committee (DAC) and as a former recipient country, it promotes itself as part of the South-South Cooperation, which is based on mutual solidarity and equality of partners. Besides, the key difference of Kazakhstan’s ODA is in its political neutrality, the country does not consider democracy, human rights, and other issues while providing aid for the recipient country.

Kazakhstan also prioritizes technical cooperation that involves the transfer of knowledge and experience [Insebayeva, 2020]. The major geographic focus of development assistance is the countries of Central Asia, Afghanistan, and the Caucasus. The priority areas of cooperation are defined as agriculture and food security; environmental protection; conflict resolution and security; education and healthcare; improvement of the public administration system; development of trade [Zakon.kz, 2013]. Kazakhstan prefers primarily bilateral cooperation, which for instance during 1999-2013 provided 85% of its assistance on a bilateral basis [De Cordier, 2014]. Similarly, according to OECD, in 2018, 73% of total ODA was allocated through bilateral negotiations in comparison to 27% of contribution through multilateral organizations [OECD, 2020]. Nevertheless, the country has developed projects in partnership with Israel’s Agency for International Development Cooperation Mashav, Japan International Cooperation Agency (JICA), and the United Nations Development Programme (UNDP). Worth mentioning, unlike developed nations, Kazakhstan does not prefer to send its aid assistance through civil society organizations.

In practical terms, Kazakhstan from 2006 – July 2011, allocated $53,7 million for humanitarian aid, the majority of which were directed to Central Asia [Zakon.kz, 2013]. To the point, Afghanistan, Mongolia, Kyrgyzstan, and Tajikistan are the top recipient countries of Kazakhstani aid [OECD, 2020]. Overall, over the past 20 years, according to the Deputy Foreign Minister Yerzhan Ashikbayev, Kazakhstan has distributed more than $500 million for ODA activities [Sputnik.kz, 2020].

Hence, given the experience of providing the ODA and the amount of allocated assistance, the establishment of KazAID will formalize and systematize Kazakhstan’s efforts in development cooperation. It is projected that KazAID will start functioning on a trilateral basis, and Kazakhstan at the initial stage will operate as an executor. The agency will cooperate with international organizations and Central Asian governments before launching its own projects. From the budget, 138 million tenge has been allocated for the creation of the agency that became the subject for discussions in social media [Sputnik.kz, 2020].

To sum up, the establishment of KazAID is undoubtedly a new stage of Kazakhstan’s development in accordance with its national strategy. Considering that the country has been constantly providing humanitarian aid to regional partners, the systematization of the process is essential for the effective implementation of aid. With the establishment of the agency, there is also hope that it would be more open to the public, at least by publishing the statistics of aid activities of Kazakhstan. Although the public demonstrates skepticism in social media by negatively delivering the creation of KazAID due to unawareness of Kazakhstan’s aid activities, looking at the experiences of other agencies of DAC donors such as GIZ (German Agency for International Cooperation), JICA, USAID (The United States Agency for International Development), and others, it is clear that the establishment of aid agency would not only support country’s positive international image but also will assist neighbors in difficult situations that impact to the stability of the region. Development aid does not only serve the geopolitical and economic interests of the donor country as one of the effective instruments of foreign policy but also supports the local communities of recipient countries by advancing their socio-economic, humanitarian, or educational capacity.

De Cordier, Bruno. (2014). Kazakhstan and Azerbaijan as donors of humanitarian aid: Has the diversification of aid channels and donors reached southern Eurasia? Central Asia and the Caucasus, 15(4), pp. 117-130.