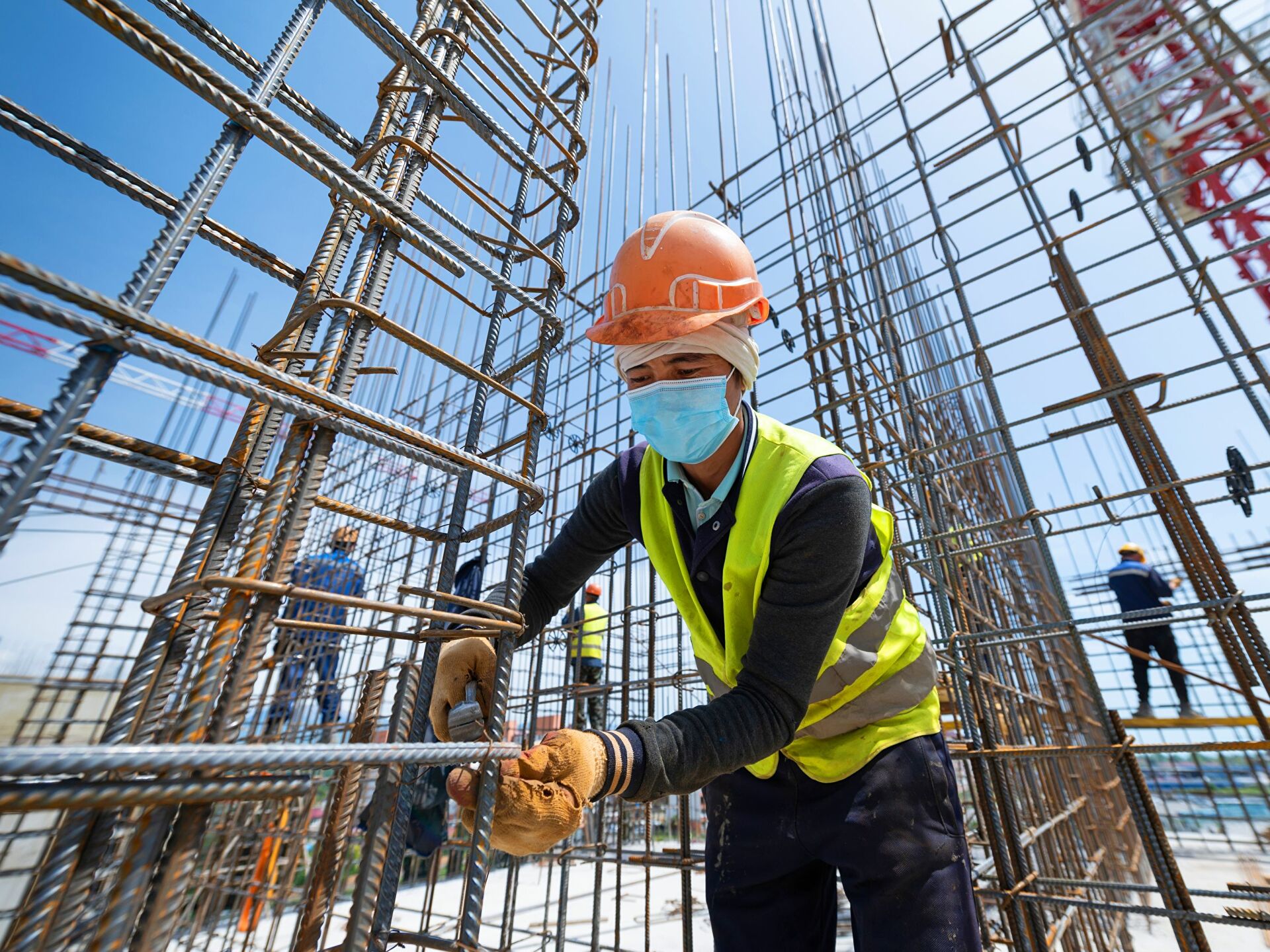 Labor migration is one of the most sensitive issues for the governments of Kyrgyzstan, Tajikistan, and Uzbekistan. The three Central Asian republics were the ones that have had the largest population growth after the collapse of the Soviet Union. For instance, over the three decades since 1990, Kyrgyzstan’s population has increased by nearly 50%. For Tajikistan, this figure stands at 80.1%. Uzbekistan’s population has grown by about 67% adding 13.7 million people while the average population growth for the rest of the USSR over the last three decades, except for Baltic states, was only at 15.8% [World Bank, 2020a]. At the same time, these countries were severely affected by the overall economic crisis that all former Soviet states had to face as soon as they became independent. The transition from a planned economy to a market economy, a huge contraction in the public sector, and falling incomes led to the collapse of large industrial and agricultural enterprises, which strongly were largely oriented to other former Soviet republics. A sharp decline of industries accompanied by boosting demographics led to massive unemployment, which unleashed a large labor migration from these Central Asian states.

The policies of the governments of Kyrgyzstan, Tajikistan, and Uzbekistan regarding labor migration were different and often inconsistent throughout the period of independence. Most of the time, labor migration was viewed by the governments as alleviation because outmigration of excessive labor certainly released internal socio-economic tensions and greatly helped the government in coping with acute socio-economic issues such as unemployment, poverty, lack of infrastructure, etc. Therefore, the governments of  Kyrgyzstan, Tajikistan, and Uzbekistan were usually silently satisfied with the large-scale out-migration of labor and even were willing to push the excessive labor out to other countries, incentivizing them to do so. Therefore, labor migration often was an issue that authorities of Central Asian states did not want to disclose in order not to damage the image of the government. Sometimes negative and even aggressive rhetoric from politicians could be heard about the labor migrants. For instance, former Uzbek President Islam Karimov during one of his interviews heavily criticized Uzbek migrant workers and did not conceal his resentment toward Uzbek citizens going to Russia in search of jobs [Rferl.org, 2013].

However, it can be said that the governments of Kyrgyzstan, Tajikistan, and Uzbekistan are generally rather accurate at evaluating the risks and are conscious of the importance of labor migration for the economy. The remittances sent by labor migrants to sustain their families have become an essentially important support mechanism and made significant contributions to household incomes in these countries. For example, remittances comprised 11.6% of the GDP of Uzbekistan in 2020. For Kyrgyzstan this figure stood at 31.1%, making it the third country in terms of remittances to GDP ratio in the world, followed by Tajikistan with 26.7% [World Bank, 2020b]. These earnings by labor migrants greatly contributed to the socio-economic situation in these countries. But on the other hand, this kind of dependence on remittances from abroad is clearly a factor of serious economic risk that the governments of Central Asian states have acknowledged in 2020 when many borders around the world were suddenly closed. Moreover, the vast majority of the labor migrants from Kyrgyzstan, Tajikistan, and Uzbekistan work in one country – Russia [Upl.uz, 2019; Journal.tinkoff.ru, 2020]. Kyrgyzstan is one of the members of the Eurasian Economic Union, which allows its citizens to work freely in other member-states, including Russia. When it comes to Tajikistan and Uzbekistan, labor migration has always been subject to bilateral agreements and negotiations with Russia. The majority of the labor migrants from Tajikistan and Uzbekistan in Russia get work permits and work legally. The government thus regulates labor migration by issuing quotas for work permits. However, the number of migrants willing to stay and work in Russia exceeds the work permits quotas in the labor market leading to illegal migration. The anti-migration rhetoric and calls for strict regulations of the labor migration became increasingly frequent since the beginning of the pandemic because it is difficult for the authorities to enforce lockdown measures on illegal migrants. For instance, the Russian Ministry of Internal Affairs demanded from the countries of the Commonwealth of Independent States (CIS) that more than 1 million of their citizens who are illegally in Russia leave the country by mid-June of 2021 due to the spread of the coronavirus pandemic [Rbc.ru, 2021a]. Rapidly increasing migrant population amid declining Russian demographics is also becoming a cause for concern among the local population. Thus, according to a recent survey, 41% of citizens believe that the economic effect from the influx of labor migrants is negative. 44% of Russians think that immigrants take away jobs from local residents. About half of Russians (49%) were convinced that the salaries of local residents would increase if there were no migrants in the labor market [Wciom.ru, 2021]. Even President Vladimir Putin had to say that the number of migrant children in Russian schools should not be too high so that children were able to deeply adapt to the Russian language environment [Rbc.ru, 2021b].

For Kyrgyzstan, Tajikistan, and Uzbekistan the intentions of Russia to regulate and limit labor migration are clearly a factor of risk. Serious restrictive measures limiting the number of labor migrants would have severe socio-economic consequences because of strong dependence on remittances. Therefore over the last couple of years, migrant diplomacy became an important issue that the three Central Asian states eagerly started to incorporate into their diplomacy. The resumption of labor migration processes between Uzbekistan and the Republic of Korea was the main topic of discussion during a recent meeting of the head of the representative office of the Foreign Labor Migration Agency in Uzbekistan with the Vice President of the Human Resources Development Service of South Korea [Kun.uz, 2021a]. Kyrgyzstan has been actively negotiating with Turkey on the facilitation of obtaining visas, work permits, prolonging the visa-free stay, etc. on various occasions [Mfa.gov.kg, 2020; Kabar.kg, 2021]. The same is true for Tajikistan, which tries to facilitate labor migration to Turkey for its citizens [Mfa.tj, 2021] to diversify the sources of remittances and reduce potential risks in case Russia tightens the labor migration flow. Turkey is also currently one of the main destinations for labor migrants from Uzbekistan. The issue of labor migration is frequently discussed in practically all important occasions of bilateral meetings between Turkey and Uzbekistan [Kun.uz, 2021b]. At the same time, Uzbekistan has been active over the last 2-3 years in negotiating with South Korea regarding labor migration among many other issues [Kun.uz, 2021c]. Thus, we can see that labor-abundant Central Asian states are very vigilant in monitoring Russia’s attitude towards labor migration from these countries and are actively seeking alternative foreign markets for their abundant labor. Migration diplomacy is therefore becoming essentially important in the overall diplomacy of Kyrgyzstan, Tajikistan, and Uzbekistan in their relations with other regional actors in Eurasia.

The hardships of the transition, failure in economic policy, and boosting demographics over the last three decades have put Kyrgyzstan, Tajikistan, and Uzbekistan in a weak position in which they have to rely on exports of its labor. The deceleration of the economic growth in Russia over the past several years and simple principles of risk management are suggesting these countries seek other markets for exports of excessive labor. It should be understood though that well-evaluated proper labor diplomacy with other nearby major economies could turn the burden into an advantage enhancing political, economic, and socio-economic ties with other countries.

Kun.kz (2021c). Partial restoration of entry of labor migrants from Uzbekistan to Korea is planned. Retrieved from https://kun.uz/ru/news/2021/11/01/planiruyetsya-chastichnoye-vosstanovleniye-vyezda-trudovyx-migrantov-iz-uzbekistana-v-koreyu. Accessed on 22.10.2021.

Mfa.gov.kg (2020). The meeting of Minister of Foreign Affairs of the Kyrgyz Republic Ruslan Kazakbayev with compatriots and ethnic Kyrgyz living in Turkey. Retrieved from https://mfa.gov.kg/en/dm/Embassy-of-the-Kyrgyz-Republic-to-the-Republic-of-Turkey/news/9335. Accessed on 15.12.2021.