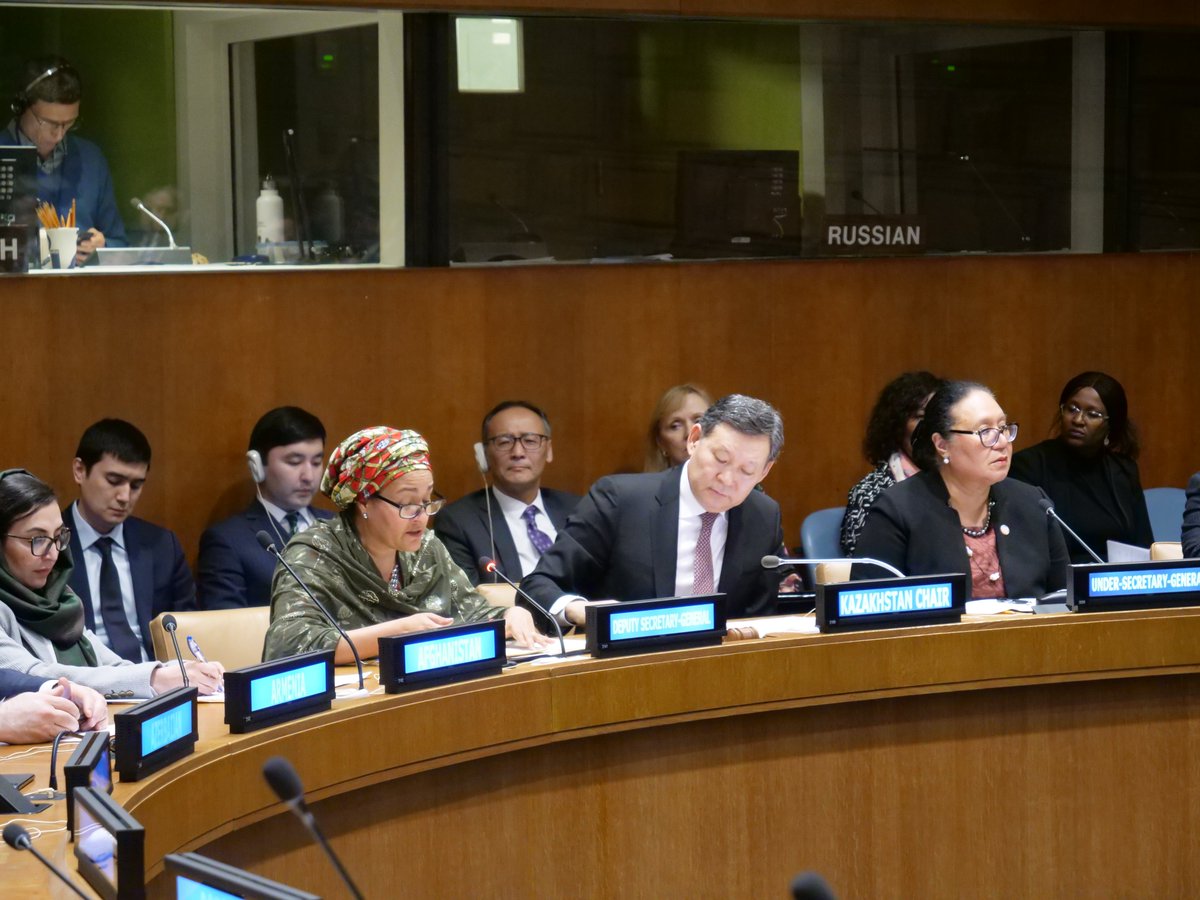 In January 2020, Kazakhstan took the chairmanship in the UN Conference on Trade and Development (UNCTAD) group of landlocked developing countries (LLDCs) for 2020-2021 [KazTAG, 2020]. This group within the UNCTAD is designed to promote the interests of 32 developing landlocked states because being a landlocked country is considered to be a significant challenge that limits countries’ capabilities to promote trade and economic growth. The LLDC list includes 16 African, 10 Asian, four European, and two Latin American states. Afghanistan, Azerbaijan, Armenia and  All Central Asian states are on the list. During its chairmanship, Kazakhstan pledged to contribute to the implementation of the Vienna Program of Action for LLDCs for 2014-2024 and the UN Sustainable Development Goals through intense cooperation of landlocked states with transit countries.

Indeed, LLDCs significantly differ in many ways from countries that have free access to oceans. The 32 LLDCs occupy nearly 16.9 million sq. km, which is only 12.7% of the total habitable surface on Earth. LLDCs are home to 617.8 million people, which is only 8.1% of the world’s population [World Bank, 2020a]. Similar to most of the other developing countries, the population in LLDCs grows at faster rates than in developed countries. During the last 20 years, the population in LLDCs has grown on average 12.9% faster than the total population of the world [World Bank, 2020b]. So, LLDCs, in general, have a typical profile of a developing nation with a rapidly growing and mostly young population. As it is well known, the population density tends to be very high in coastal regions where most of the largest urban areas are concentrated. As one might expect, this factor also determines to a large extent the patterns of population distribution in LLDCs, which turn out to be much less urbanized compared to countries with sea coasts. The average share of the urban population in LLDCs is only 38.6% whereas in coastal countries it is 64.9% [World Bank, 2020c]. Moreover, among the top 100 largest cities in the world, only two belong to landlocked countries.

Many key economic indicators of LLDCs also differ from those of coastal countries. For instance, as one might expect, the volume of foreign trade in landlocked countries turns out to be considerably lower than in other countries. The ratio of external trade to GDP for LLDCs on average is significantly lower (73.11%) than for countries that have free access to maritime trade (89.53%). At the same time, landlocked countries on average have lower trade tariffs (3.65%) than others (4.54%) [OurWorldinData.org, 2020]. In terms of the economic size, LLDCs are negligibly small compared to the rest of the world comprising less than 1% of the global GDP. However, despite a widespread opinion of landlocked countries having poor economic performance, over the last 20 years LLDCs in overall terms have grown faster than coastal countries. The average annual real GDP growth of LLDCs throughout 1999-2019 reached 5.1% while in coastal countries this figure was 3.4%. It can be stated that LLDCs have made a breakthrough over the last two decades triplicating their annual GDP growth rates compared to the 1990s when they had an average annual GDP growth rate of 1.6% [World Bank, 2020d]. The rapid acceleration of the GDP growth in LLDCs can be attributed to various factors such as the decline of transportation costs and tariffs, infrastructural development, cross-border economic cooperation, and others. On the other hand, many LLDCs that rely very much on raw material exports are particularly sensitive to external market shocks and tend to show a greater decline in GDP growth. Another peculiar difference between LLDCs and coastal countries is the relatively small share of the service sector, which accounts for about 47.2% of their GDP on average while in coastal countries this share is 56.2% [World Bank, 2020e]. The main reason for such a difference in the size of the service sector is the difference in the urbanization rate among LLDCs and coastal countries. Larger cities and urbanized populations are the main factors that help to sustain large service sectors.

LLDCs along with other two UNCTAD groups of vulnerable counties such as Least Developed Countries (LDCs) and Small Island Developing States (SIDSs) was not very frequently mentioned in the UNCTAD agenda up until recently. However, the emergence of the COVID-19 pandemic and unprecedented measures that have been taken globally to contain its spread made it a major challenge for LLDCs that is expected to have a long-lasting detrimental economic effect. But the most alarming and acute issue that the new pandemic has raised in LLDCs is the concern over food security. This is especially true for many African landlocked countries that have high poverty levels and poor economic cooperation with their coastal neighbors. There are no precise estimates of the scale of the food security problem among the least developed LLDCs yet. However, the consequences of the measures taken against the spread of COVID-19 can potentially reverse the most vulnerable landlocked countries from their path towards sustainable development goals stipulated in the Vienna Program of Action for LLDCs for 2014-2024 and the 2030 Agenda for Sustainable Development.

Another major negative impact that hit the most vulnerable landlocked states is the contraction of remittances. Most of the 32 LLDCs are also the ones that depend the most on remittances from abroad. Thus, for instance, out of five countries with the largest share of remittances in their GDP four are landlocked countries [TheGlobalEconomy.com, 2019]. The unprecedented border closure became a major problem for thousands of labor migrants around the world. The cross border mobility became particularly complicated for labor migrants from LLDCs who usually have to cross more than one border to reach their home country.

A landlocked geographic position is a significant negative factor for countries’ economic development that impedes in a certain manner international trade, cross-border mobility of labor, and overall economic growth. On the other hand, over the last two-three decades, LLDCs converged with coastal countries in terms of many key economic indicators, which means that landlockedness is not a determining factor. The worldwide spread of the COVID-19 pandemic and unseen global restrictions of mobility and communication poses the greatest challenge for LLDCs. Therefore, Kazakhstan’s chairmanship in the UNCTAD group of landlocked developing countries is a great responsibility, but it is also an opportunity to set new agendas and proposals aimed at resolving the current problems of LLDCs.

OurWorldinData.org (2020). The ratio of exports and imports to GDP. Retrieved from https://ourworldindata.org/grapher/trade-openness?tab=table&time=2017. Accessed on 27.09.2020.