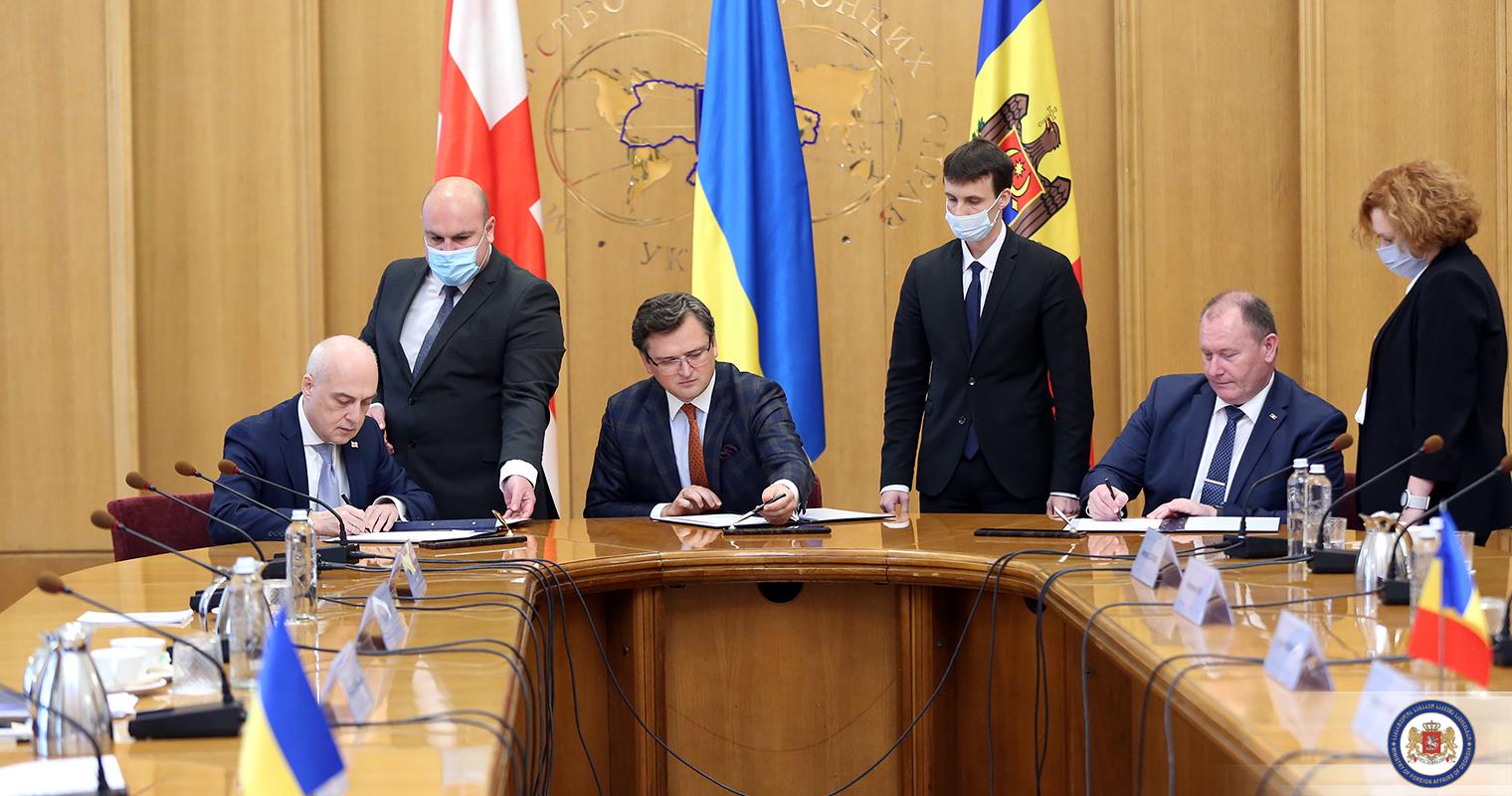 In some literature and discussion, one can see Europe divided into “Old Europe” and “New Europe”. It is believed that the distinction between the two Europes was first made in a public speech by then U.S. Secretary of Defense Donald Rumsfeld in January 2003 [Defense.gov, 2003] to make a distinction between democratic European countries before the fall of Communism in Europe, and a significant number of Eastern European countries that have abandoned the communist bloc and eventually joined the EU and NATO. The latter group normally includes the countries that have joined the European Union (EU) as a result of the two latest major waves of enlargement of the union in 2004 (Cyprus, the Czech Republic, Estonia, Hungary, Latvia, Lithuania, Malta, Poland, Slovakia, and Slovenia) and 2007 (Bulgaria and Romania). The terms are usually used in relevant literature by political scientists and experts to describe the inner structure of the EU and refer to differences between the older democracies of Western Europe and recent democracies with transition economies of Eastern Europe in various aspects.

Along with political influence in the EU, New Europe has gained positions in economic terms. Generally, thanks to numerous redistributive mechanisms and regional policies of the EU, the countries of New Europe have been converging with the rest of the union. For instance, in spite of significant population decline, the share of the post-socialist countries of Central Europe and Baltics in the combined GDP of the EU has increased from 8.6% to 10.8% since the last wave of EU expansion in 2007 [World Bank data, 2022a]. These new EU members have made very notable progress in approaching the EU in terms of welfare. The ratio of GDP per capita of New European countries to the EU average has increased from 0.15 to 47.3 over the last three decades [World Bank data, 2022b].

Since recently, the factor of Associated Trio has become an issue upon which the EU member states happened to be far from having a common understanding and view. The Associated Trio format was launched on May 17, 2021, with the signing of a corresponding joint memorandum between the Foreign Ministers of Georgia, Moldova, and Ukraine. The Trio format was sought to help accelerate European integration and to serve as a platform for enhanced cooperation and dialogue between the Ministries of Foreign Affairs of the three former Soviet states. On the one hand, the Trio launch of the Trio format indicated the failure of the Eastern Partnership initiative and Europe’s general policy in relation to its eastern neighbors to fulfill the expectations. On the other hand, the format was largely initiated by Georgia, Moldova, and Ukraine and was viewed as a relative success.

The historical and cultural ties of Moldova and Ukraine with eastern European member states were also one of the factors that fueled the commitment of these countries to pursue European integration. In particular, Moldova’s close socio-cultural ties and partnership with Romania as well as Poland’s friendly relations and support for Ukraine have greatly helped these two Trio members to defend their pro-European agenda. Poland and Romania were among the most active advocates of the European aspirations of Ukraine and Moldova. In general, it can be said that post-socialist countries of New Europe are much more active in showing their solidarity and support for post-communist European countries that have recently oped for European integration.

Since the last waves of the eastward expansion of the EU after the fall of the Communist bloc, the EU did not become more consolidated regarding some of the common strategically important and conceptually significant issues. The eastward expansion, accession of the new member-states, and positions regarding the relations with Russia are among the issues upon which the views of the two Europes differ a lot. In recent years with the rise of pro-European sentiments and the election of new governments willing to carry this out in Georgia, Moldova, and Ukraine, these controversies between the two Europes seem to become more intense. Despite urges of the Trio countries, primarily of Ukraine, the main western European countries such as Germany, France, and others maintain a rather reluctant stance when it comes to the accession of new members to the EU. During a meeting with Ukrainian President Volodymyr Zelensky in April 2021, the President of France Emmanuel Macron said that he was doubtful about the prospects of Ukraine in the EU and NATO [Zn.ua, 2021]. On the other hand, eastern European countries are strongly supportive of the idea of supporting the countries of the Eastern Neighborhood policy and especially the Trio countries in their attempts to engage in European integration. For instance, Romania remains firm in its support for Moldova’s accession to the EU since long ago [Dw.com 2010] and recently confirmed its willingness to help Chisinau integrate into the structures of the EU [Regnum.ru, 2021]. The President of Lithuania, Gitanas Nausoda, and President of Poland, Andrzej Duda, have signed a joint declaration that fixes support for Ukraine’s membership in the European Union and NATO [Prm.ua, 2021a]. This was done during a summit of the leaders of the Lublin Triangle which was formed in July 2020 by the Ministers of Foreign Affairs of Ukraine, Poland, and Lithuania, who signed a Joint Declaration on the establishment of a new regional alliance. The format is aimed at strengthening regional security, supporting Ukraine’s integration into the EU and NATO, the development of economic cooperation, and joint counteraction to hybrid threats. Prior to that Croatia has joined the list of countries that have signed bilateral declarations recognizing Ukraine’s European perspective [Prm.ua 2021b]. The same was done by Slovakia [Prm.ua, 2021c]. Sociological studies and polls seem to confirm the positions of European officials regarding the support for Ukraine in its European aspirations. A recent study by the New Europe Center in Kyiv reveals that 55% of citizens of France, Germany, Italy, and Poland support Ukraine’s accession to the EU and 38% to NATO [New Europe, 2020].

The European option of the Trio countries that have recently acquired a clearcut political shape has rapidly become a major factor of controversy between the EU member-states. In this light, there could be seen some diverging trends regarding the EU policies towards eastern neighbors bringing back the terms “Old” and “New Europes”. At the same time, this could be understood as evidence of the economic and political convergence process with the rest of Europe that post-socialist European states were involved in over the last 2-3 decades. Interestingly, from the perspective of Trio countries and other eastern neighbors of the EU, this can be viewed as an additional inspiring factor that encourages them to accelerate their policies of European integration.

Dw.com (2010). Romania is ready to support Moldova on the way to the EU, but does not want to sign a border treaty. Retrieved from https://www.dw.com/ru/румыния-готова-поддержать-молдавию-на-пути-в-ес-но-не-хочет-подписывать-договор-о-границе/a-5178332. Accessed on 10.12.2021.

Prm.ua (2021a). Lithuania and Poland supported Ukraine’s accession to the EU and NATO. Retrieved from https://prm.ua/ru/lytva-y-polsha-podderzhaly-vstuplenye-ukrayn-v-evrosoiuz-y-nato/. Accessed on 10.12.2021.

Prm.ua (2021b). Croatia has officially supported Ukraine’s accession to the EU and NATO. Retrieved from  https://prm.ua/khorvatiia-na-ofitsiynomu-rivni-pidtrymala-vstup-ukrainy-do-yes-ta-nato/. Accessed on 10.12.2021.

Prm.ua (2021c). Another EU country has recognized the prospects of Ukraine’s accession to the EU. Retrieved from https://prm.ua/shche-odna-kraina-yevrosoiuzu-vyznala-perspektyvy-vstupu-ukrainy-do-yes/. Accessed on 10.12.2021.

Zn.ua (2021). On the eve of the meeting between Macron and Zelensky: The French Foreign Ministry does not consider the prospect of Ukraine’s accession to the European Union as serious. Retrieved from https://zn.ua/POLITICS/nakanune-vstrechi-makrona-i-zelenskoho-mid-frantsii-ne-schitajut-sereznoj-perspektivu-vstuplenija-ukrainy-v-evrosojuz.html.