Urban Demographics in Kazakhstan and Economic Significance of Large Cities 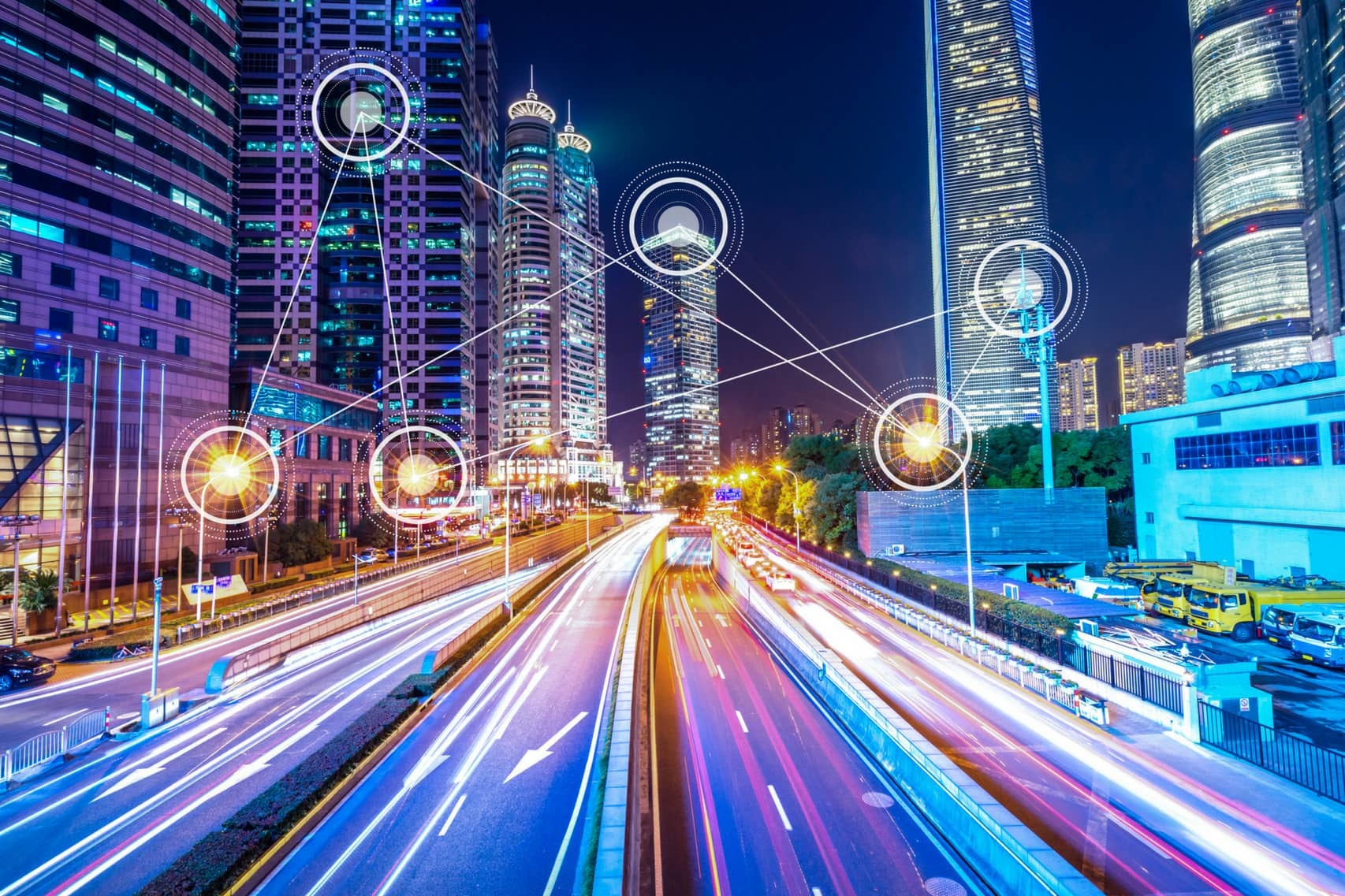 Over the last several years Kazakhstan has been prioritizing the urbanization of the population and enlargement of the major urban centers of the country. The significance of cities with population over one million people was emphasized by the first President of Kazakhstan Nursultan Nazarbayev at the jubilee forum of the international scholarship “Bolashak” in Astana in 2013 [AkZhaiyk, 2013]. Similar statements were pronounced by the first President several times since then in various occasions [Kstnews.kz, 2016; Vlast.kz, 2018] and the idea became one of the priority objectives in regional policies in Kazakhstan. In July of 2016 it was officially announced that the population of Nur-Sultan formerly known as Astana reached one million [Caravan.kz, 2016], which was accepted as an important achievement. Two years later the city of Shymkent became the third city to reach one million people of population [Asiatv.kg, 2018]. This fact turned out to be so important that it was decided to grant the city with a new status of a city of republican significance [Kursiv.kz, 2018].

Policies of enhancing the demographic growth in larger cities is explained by economic returns from the concentration of large populations in one or few places in a particular country. Large population spatially concentrated in small areas provides a number of advantages for economic growth due to economies of scale, reduced transportation costs, industrial specialization, direct access to larger markets etc. One of the key conditions that cities provide for better economic growth and generation of wealth is the high density, which also greatly contributes to the flow of ideas [Glaeser and Gottlieb, 2009]. Indeed, highly urbanized countries tend to be more prosperous [Henderson, 2010] than countries with predominantly rural populations. For instance, in 2019, the average GDP per capita in countries with urbanization rate above 50% was nearly seven times higher than in counties where the majority of the population lives in rural areas [World Bank, 2020d]. At the same time, there is an inverse relationship between GDP per capita growth and the percentage share of urban population. During the last decade, highly urbanized countries with at least three quarters of total population living in cities, have shown on average 0.8% of real GDP per capita growth. For countries with urbanization rates between 50 and 75% this figure was 1.7%. Countries where the majority of the population lived in rural areas have seen nearly 2% of real GDP per capita growth [World Bank, 2020c]. Hence, it is the process of urbanization that leads to GDP growth, not the fact of reaching a certain high level of urbanization of the population. The average yearly GDP growth of countries that gained at least 5% of urbanization during the last ten years was 3.7% while for countries that have seen less than 5% of urban population this indicator was 2.7% [World Bank, 2020a,b]. These regularities perfectly apply to Kazakhstan, which experienced a decrease in urbanization rate from 47.2 to 45.5% during 1989-1999 and this was accompanied with an average 4.8% of annual GDP decline. During 1999-2009, Kazakhstan made a major shift in urbanization from 45.5 to 53.2% and had an average annual GDP growth of 8.6%. During the same period, the rates of urbanization in the country somewhat decelerated presenting an increase from 53.2 to 57.0%, which was accompanied with a corresponding average annual GDP deceleration to 4.5% [Statistics Committee, 2019]. In other words, we can note a clearly observable positive relationship between the change of the urbanization level and GDP growth in Kazakhstan during the last three decades.

When it comes to the urbanization process in Kazakhstan, analysis of the demographic growth of the three largest cities of Almaty, Nur-sultan and Shymkent can contribute a lot to understanding the general picture because these three cities account for more than a half of the urban population growth over the last decade. If we compare the current demographics of these three major cities to what it was in 1991 we can note that they comprise nearly 80% of the total population growth of the country during the last three decades since Kazakhstan has become an independent state. Currently, the combined population of the Almaty, Nur-Sultan and Shymkent is approaching 4 million people. Over the last decade this number increased by 50% adding 1.29 million people and since 2000 it has more than doubled reaching 3.95 million by 2020. Obviously, the rapid demographic augmentation of the three million-plus cities of Kazakhstan is mostly a result of internal migration of population from other rural and urban areas rather than natural increase because the natural rates of demographic growth tend to be substantially lower in large cities. The demographic size and share of the three major cities (Almaty, Nur-Sultan and Shymkent) contribute to their economic importance. Although the three cities are home for 20.9% of the country’s population, their combined share in the country’s GDP is 34%. Interestingly, the city of Shymkent has a much smaller size of Gross Regional Product (GRP) (3.2%) than Almaty (19.5%) and Nur-Sultan (11.3%) if to compare them to their population size. Nevertheless, likewise in other countries, we can see that these three major million-plus cities concentrate a lot more services than it would be predicted simply looking at their population size. Almaty, Nur-Sultan and Shymkent together account for 48.7% of the country’s total entertainment and arts services, 48.2% of real estate services, 56.4% of retail trade, 59.2% of science and R&D, 73.6% of services in finance sector and 81.9% of information and communication services. At the same time, unlike small and mid-size cities, the three major cities of Kazakhstan do not serve as hubs for industries. For instance, the three cities together account for only 18.8% of the total manufacturing and 8.9% of industries [Statistics Committee, 2020b]. Like it was mentioned earlier, larger urban areas with high population density are much more preferred for non-tradable services that necessitate larger markets, immediate access to consumers and benefit from other related services sectors concentrated in close proximity. Industries, on the other hand, especially those that are oriented to foreign markets, tend to be less labor intensive and seek places with cheaper rent in smaller cities and towns. In most cases, heavy industries are geographically tied to a specific place where mines are located, which is especially true for Kazakhstan.

Thus, the factor of geographic displacement of the population from rural to urban areas or vice versa as well as the change of densities of the population across space can be understood as a flip side of the sectoral changes in the economy of a country. The rapid population growth during the last decade (48.5%) in plus-million cities, for instance, was accompanied with significant growth of the service sector in the share of Kazakhstan’s GDP from 51.7 to 55.6%. The retail sector’s share has grown from 13 to 17%. During the same period, there was a significant decline of the share of goods production in the GDP from 45.1 to 37.4% and the share of the industrial sector has fallen from 32.9 to 27.5% [Committee on Statistics, 2020b]. It can be stated that the changes of the demographic configuration are the primary contributors to the sectoral shifts in the national economy. Thus, looking at the GRP sectoral statistics we can estimate that Almaty and Nur-Sultan accounted for 47.9% of the total growth in the service sector since 2010, although nearly 16% of the country’s population live in those cities. On the other hand, two cities of Almaty and Nur-Sultan made only 7.5% of the total growth of the industrial sector of the country since 2010 and their shares in industries clearly decrease over time [Committee on Statistics, 2020b]. In other words, there is a growth of nearly all types of services sector in major plus-million cities that is disproportionately faster relative to their population and GDP size. So, we can observe service sectors rapidly concentrating geographically in major urban areas of the country as their population size increases. On the other hand, the demographic growth in major urban centers of Kazakhstan does not stimulate the spatial concentration of industries in those large cities but rather contributes to spatial relocation to other cities and regions of the country. When it comes to the wealth of the regions, the cities of Almaty and Nur-Sultan significantly outperform the rest of the regions presenting 1.9 times higher GRP per capita than the national average. However, this ratio of difference of wealth between the two largest cities and the rest of the regions stays constant over time. Interestingly, the city of Shymkent that recently surpassed the one million threshold still in many ways performs much similar to smaller regional cities and even has a significantly lower GDP per capita rate compared to the rest of the regions of Kazakhstan.

The spatial demographics turn out to be useful in analyzing and understanding some of the economic trends; and urban demographics can be a useful tool in making economic projections for Kazakhstan. The statistics show that the current urbanization trend will be mostly driven by population growth in the three major cities with populations above one million people. Given that million-plus cities in Kazakhstan are the main drivers of its demographic growth and high concentration of services in them, we can expect that Kazakhstan’s economic growth will be predominantly based on the growth of the service sector.

Citypopulation.de (2020). The population of all Kazakh cities, urban and rural settlements with more than 20,000 inhabitants according to census results and latest official estimates. Retrieved from https://www.citypopulation.de/en/kazakhstan/cities/. Accessed on 11.10.2020.

Committee on Statistics (2020a). Demographic statistics. Retrieved from https://stat.gov.kz/official/industry/61/statistic/7. Accessed on 11.10.2020.

Glaeser, E.L and J.D. Gottlieb (2009). The wealth of cities: agglomeration economies and spatial equilibrium in the United States. Journal of Economic Literature, 47(4), pp. 983–1028

Kstnews.kz (2016). Nazarbayev announced the need to create million-plus cities in Kazakhstan. Retrieved from https://kstnews.kz/news/kazakhstan/item-28251. Accessed on 11.10.2020.