Republic of Turkey Ankara Governor Vasip Şahin, within the framework of his visit to Almaty, with the theme “Kazakhstan-Turkey Relations in Memory of the 30th Anniversary of Diplomatic Relations between Kazakhstan and Turkey” held on 19 May 2022 in cooperation with Hoca Ahmet Yesevi International Turkish-Kazakh University Eurasia Research Institute and Al-Farabi Kazakh National University. attended the conference as a speaker. 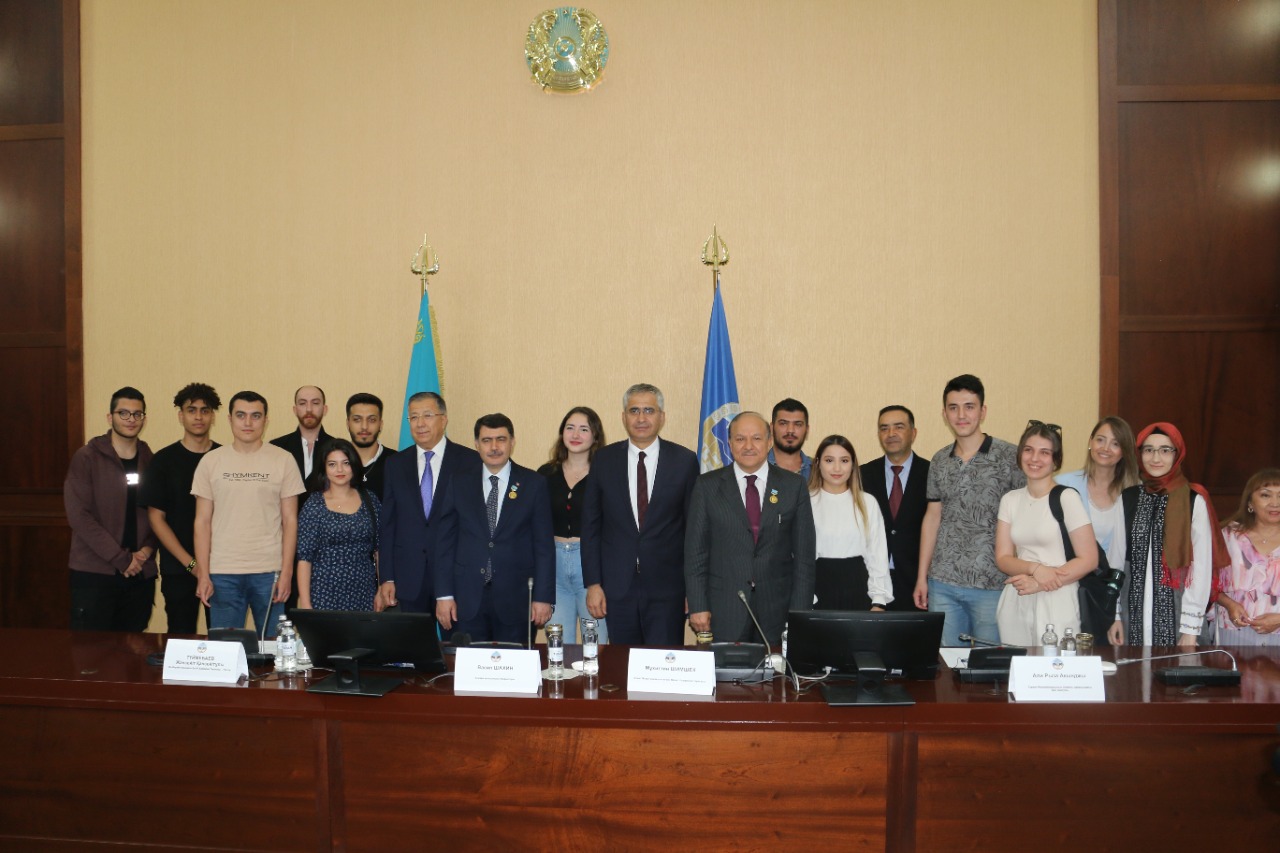 The opening speech of the conference was made by the Rector of Al-Farabi Kazakh National University Prof. Dr. Canseyit Tüymebayev started by thanking the Governor of Ankara, Vasip Şahin. Rector Prof. Dr. Canseyit Tüymebayev stated that this year marks the 30th Anniversary of the establishment of official diplomatic relations between the sister states of Kazakhstan and Turkey. Emphasizing the importance of the official visit of the President of the Republic of Kazakhstan Kasım Comart Tokayev to Turkey on May 10, 2022, he stated that the cooperation between the two countries continues to grow on the political, commercial, economic, cultural and humanitarian issues discussed during the talks.

Touching on the friendly relations between the two countries, starting from the history of the relations between Turkey and Kazakhstan until today, he emphasized that we have many common values ranging from Farabi to Yesevi, from Abay to Magcan. He pointed out that many projects, studies and collaborations carried out in the fields of political and economic relations, education, science and culture were riveted, and the achievements achieved thanks to the intense relations between the public institutions, educational institutions and non-governmental organizations of the two countries in the sharing of experience.

Hoca Ahmet Yesevi International Turkish-Kazakh University Chairman of the Board of Trustees Prof. Dr. Muhittin Şimşek, in his speech, emphasized that Turkey was the first country to recognize Kazakhstan as an independent country after Kazakhstan gained its independence, and stated that the bond of brotherhood and friendship between the two countries was getting deeper and deeper. He also underlined that Turkey has been a constant supporter of other Central Asian Turkish states from the very first moment of their independence.

Continuing his speech by stating that there should be more cooperation between the Turkic Republics in the future, Prof. Dr. Muhittin Şimşek talked about the studies and activities carried out by the Eurasia Research Institute in this field so far and touched on the studies that need to be done in the future. Touching on the relations between Turkey and Kazakhstan, he expressed his gratitude to all the participants, emphasizing that the two states maintain bilateral and multilateral relations by providing mutual support in the field of common language, common history and common culture, which are reflections of the brotherhood and historical roots between them.

After the speeches, the moderator of the conference, Al-Farabi Kazakh National University Rector Prof. Dr. Canseyit Tüymebayev concluded his speech by thanking all the participants.