On November 25, 2021, a conference titled “Cooperation and integration between Turkic Republics in the 30th anniversary of their independence” was held at the Eurasian Research Institute of the Hoca Ahmet Yesevi International Turkish-Kazakh University. 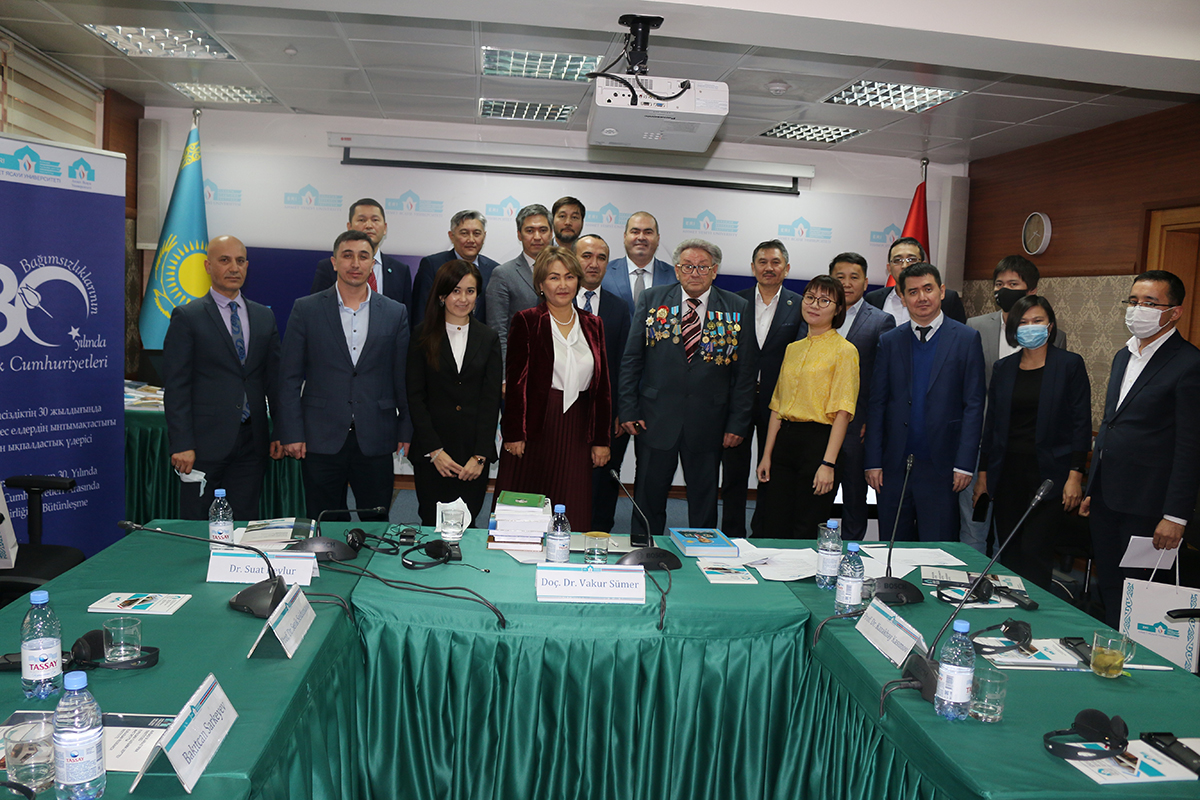 The panel was attended by the Consuls of the Turkic Republics in Almaty as well as rectors of different universities, directors of institutes, foundations, Central State Archive of the Republic of Kazakhstan, and other respectful guests.

Making the first opening speech of the conference, Ahmet Yesevi University Rector Dr. Janar Temirbekova thanked the guests, scientists, and speakers who participated in the conference, and expressed her sincere wishes to Kazakhstan and other Central Asian states on the 30th anniversary of their independence. The Rector emphasized that Turkey was the first country to recognize Kazakhstan’s independence and ties of brotherhood and friendship between the two countries deepened even more.

Ahmet Yesevi University’s Acting Rector Prof. Dr. Cengiz Tomar first emphasized the importance of this special day and conveyed his thanks to everyone who contributed to the panel, touched upon the relations between the Turkic Republics, supported bilateral and multilateral relations by mutual support in the field of common language, common history, and common culture. He stated that Turkey would always be proud of being the first country to recognize Kazakhstan’s independence.

Making the opening speech of the conference, the Eurasian Research Institute’s Director Dr. Vakur Sümer conveyed his thanks to the esteemed scientists who participated in the conference. Dr. Vakur Sümer underlined that the Turkic Republics are countries that have been developing steadily since 1991 and talked about their achievements.

Ali Rıza Akıncı, the Consul General of the Republic of Turkey to Almaty, mentioned that independent Kazakhstan has been a regional leader under the astute and visionary leadership of Nursultan Nazarbayev.

Other distinguished guests also mentioned the importance of the conference, talked about the achievements of the Turkic states during the period of independence and their integration perspectives.

At the end of the panel, the Director of the Eurasian Research Institute Dr. Vakur Sümer expressed his gratitude to all the participants, concluded his speech by stating that cooperation and integration between the Turkic Republics is the first step for joint success.