On January 27, 2022, Zhandos Kudaibergenov, researcher of the Eurasian Research Institute of Ahmet Yesevi University gave an online seminar titled “The Effect of Aral Sea Ecology on the Aral Region and Solutions of the Problem”. 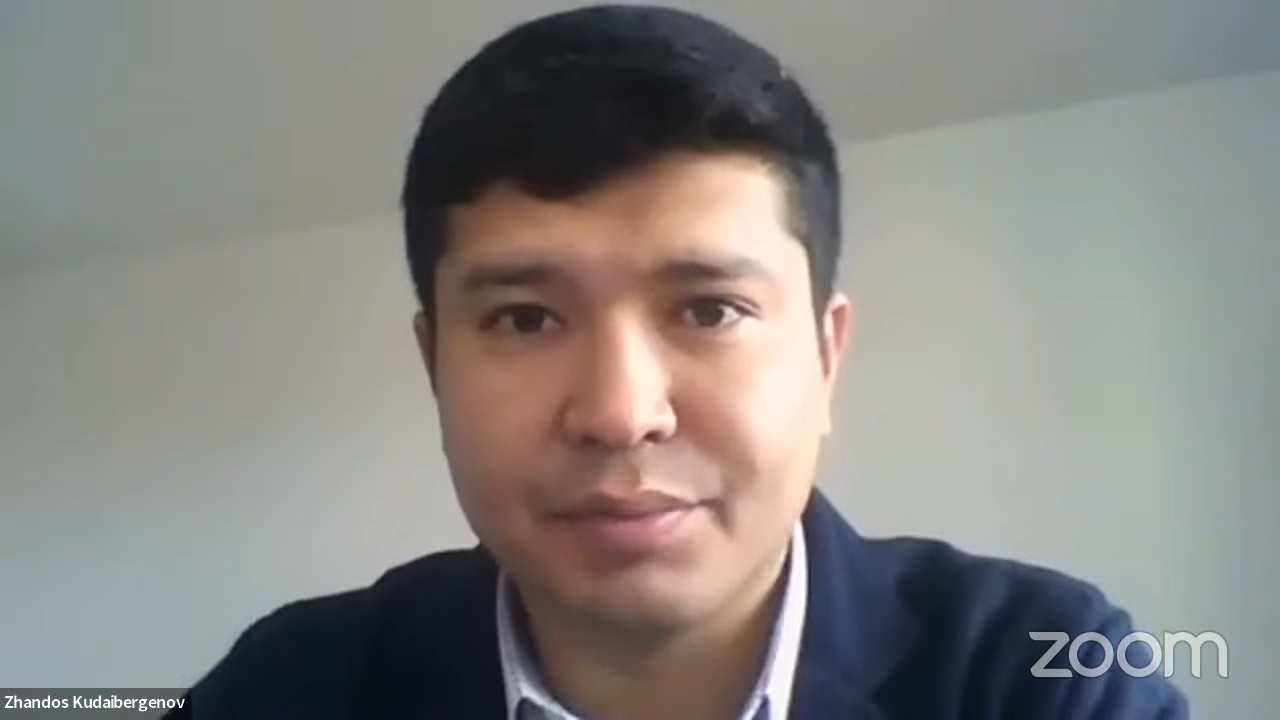 After the opening speech of Zhengizhan Zhanaltay, Deputy Director of Eurasian Research Institute, Zhandos Kudaibergenov started his presentation by presenting the pre-drying state of the Aral Sea and informing about the ecological problem of the Aral Sea. Zhandos made a distinction between the Small and the Big Aral and underlined that the Big Aral was neglected and therefore dried up gradually. Focusing on the basin of the Aral Sea and the area it affects, Zhandos Kudaibergenov stated that the Aral’s influence area is considered in two categories as the Syr Darya and Amu Darya Basin countries, as upstream countries and downstream countries.

Zhandos Kudaibergenov stated that on 30 June 1992 Kazakhstan adopted a law “On Social Protection of Citizens Affected by Environmental Disaster in the Aral”, and according to the law, regions damaged by Aral ecology are designated as ecological disaster zones, ecological crisis zones and pre-ecological crisis zones. He explained that the general area of the Aral region is 639,400 km², and it covers 10 cities, 19 large villages and 634 small villages. While talking about the negative consequences of the drying up of the Aral, he mentioned that because of this, diseases and deaths increased by 10%, whereas forests decreased twice as freshwater lakes disappeared. The presenter said that due to the drying of the Aral, the Tuz desert and Great salt marshes were formed and negatively affected the fish industry due to which unemployment has arisen.