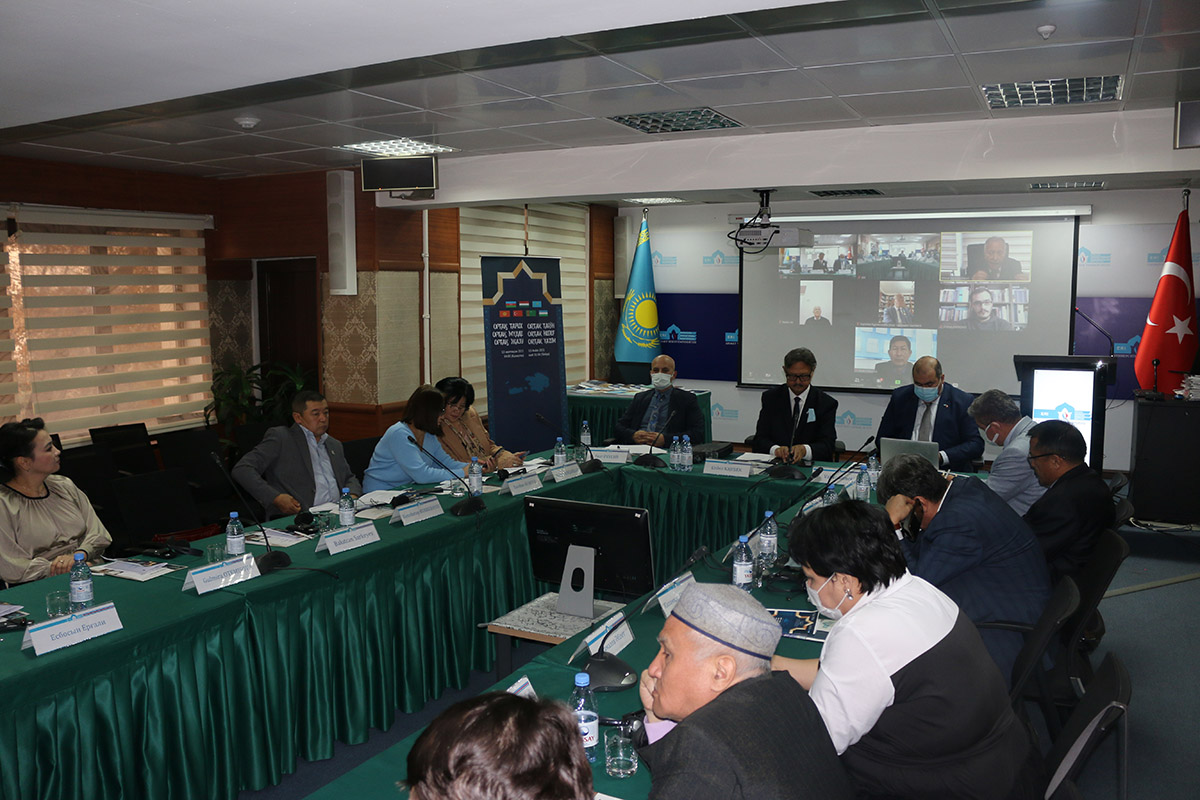 The symposium was moderated by the President of the International Turkology Center Dr. Erden Kajibek and the Director of the Ahmet Yesevi University Eurasia Research Institute Dr. Vakur Sümer. After the official opening ceremony, messages from the Secretary-General of the Organization of Turkic States Baghdad Amreyev (Istanbul), the Secretary-General of TURKSOY Düysen Kaseyinov (Ankara), Kazakhstan Deputy Minister of Education and Science Kuanış Ergaliyev (Nursultan), the President of the International Kazakh Language Institution, Member of the Kazakhstan Parliament Berik Abdigali (Nursultan) and congratulatory messages from the diplomatic attaches of Turkey, Uzbekistan, Kyrgyzstan, Turkmenistan, and Hungary were read.

The symposium continued with presentations of scientific papers on Turkic languages, culture, ethnography, etc. by professors from different universities around the world. The Director of the State Language Development Institute Bijomart Kapalbek delivered the final speech at the end of the symposium after which the declaration of the decision of the symposium was accepted.