Aiming to Transform Knowledge into Strategy in Eurasia: The Eurasian Research Institute 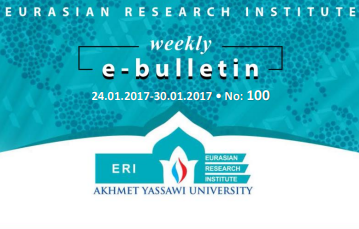 The Eurasian region gained special importance after the collapse of the Union of Soviet Socialist Republics. The region attracts the attention of the great powers with its socio-economic, cultural, political and security aspects and the energy resources it possesses. Nowadays, particularly the struggle between the West (mainly the U.S.) and Russia over the region, the Eurasian politics followed by Russia, the Eurasian politics of Nursultan Nazarbayev, the President of Kazakhstan, and the Turkish geopolitics in Eurasia have become a much-discussed topic. Despite the fact that Turkey has improved its political and economic relations with Europe, at the same time it seems impossible for Turkey to ignore Asian countries because of its geopolitical position. However, along with its various opportunities, the region has been trying to solve some serious internal problems.