Australia, India, and Indonesia: The Likelihood of a New “Union” in the Indo-Pacific Region 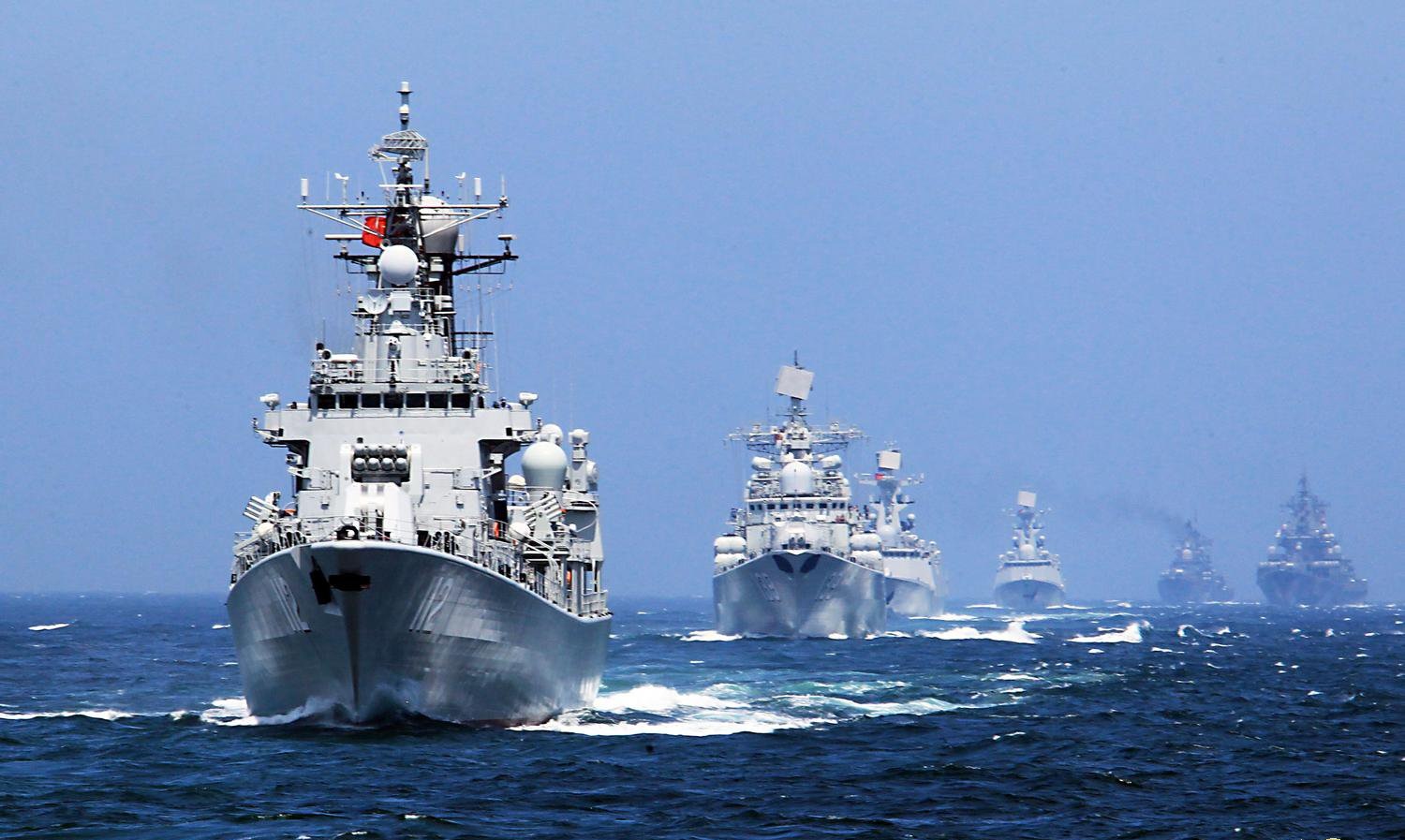 In recent years, uncertainty has grown in the Indo-Pacific region associated with the declining role of the United States and the growing ambitions of China. These circumstances demonstrate the limitations of the existing bilateral and multilateral security mechanisms, which have long been under the U.S. security “umbrella”. At the same time, ensuring security, stability, and prosperity in the region is in the interests of Australia, India, and Indonesia, the three most important countries which hold key strategic positions. In general, these countries are united by a common approach to ensuring the peaceful development of the region through dialogue and confidence-building. They share an understanding of the need to form a denser network of economic and humanitarian ties in the region to reduce tensions. Indeed, an important factor is the formation of open, transparent, and inclusive relationships based on the respect of international law. Therefore, the prospects and opportunities for the development of the trilateral partnership is worth thorough analysis.

India, Australia, and Indonesia are strategic hubs in the Indo-Pacific region. Indonesia is strategically located at the intersection of the Indian and Pacific Oceans. India is the northern border of the region, while Australia is the southern border. As noted, the countries share common interests in the region but there are also individual nuances. India views the region as a geographic and strategic space, while the ASEAN serves as a bridge between the two oceans. At the same time, to achieve its strategic interests in the Indian Ocean, India launched the concept of SAGAR (Security and Growth for All in the Region) [Sarangi, 2019]. In addition, the “Act East Policy” aims to deepen economic engagement with Southeast Asia and expand cooperation with East Asia and the Pacific island countries. Moreover, at the November 2019 East Asia Summit, Indian Prime Minister Narendra Modi proposed the “Indo-Pacific Ocean Initiative” to ensure security, protection, and stability in the maritime sphere [Times of India, 2019].

Indonesia also stepped up its focus on the Indo-Pacific region during President Joko Widodo’s first term. The president launched the “Global Maritime Fulcrum” doctrine [Gindarsah and Priamarizki, 2015], which became the basis for Indonesia’s broad regional involvement. Under the influence of objective circumstances, the doctrine has undergone significant changes, and in 2019 Indonesia initiated the process of adopting the “ASEAN Outlook on the Indo-Pacific”. According to the revised concept, Indonesia stands in favor maintaining a rules-based maritime order and balance of power in the Indo-Pacific region, and addressing a wide range of issues in the region – energy, technology, regional connectivity, and trade network [Sulaiman, 2019].

Australia’s Indo-Pacific vision was presented in its Foreign Policy White Paper [White Paper, 2017]. According to the document, Australia is pursuing an open and free Indo-Pacific. In addition, Australia expressed a wish to expand its partnerships with India and Indonesia in the maritime, economic, and security realms. As a result, in 2018, Australia and Indonesia signed an agreement on a Comprehensive Strategic Partnership [Prime Minister of Australia, 2018]. Overall, Australia is interested in multipolar Indo-Pacific where no single power dominates. At the same time, Australia and the United States are allies, as confirmed by several security documents such as the 1951 ANZUS Security Treaty and the 2014 U.S.-Australia Force Posture Agreement [U.S. Department of State, 2020]. The ongoing deterioration of relations between the United States and China will have a more significant impact on Australia than on Indonesia and India, therefore the importance of the third direction in foreign policy will increase for Canberra.

India, Australia, and Indonesia share strategic interests, but they also have differences in foreign policy approaches. Indonesia’s foreign policy is more oriented towards economic cooperation whereas Australia and India are more open to security cooperation. At the same time, to develop an effective partnership, the three states need to mitigate the imbalance in the development of bilateral relations between themselves. Without this, there will be various fears that will impede the rapprochement of the countries. At the moment, the India-Australia relationship is the deepest, and the India-Indonesia relationship is the least developed, although in recent years there has been a positive trend in all bilateral formats. In any case, rapprochement in the trilateral format will require a consistent strategy.

Currently, Australia, Indonesia, and India are jointly participating in several regional platforms, for example, the Indian Ocean Basin Association. Besides, they have already implemented several tripartite initiatives. One of the most important points here is the Trilateral Senior Officials’ Dialogue, a meeting of foreign affairs ministers, and so far three meetings have already taken place, as well as a naval workshop on maritime security in the Indian Ocean in 2019. At the same time, by analyzing the Trilateral Senior Officials’ Dialogue, we may say that the three countries are ready to strengthen cooperation on collective maritime security, in particular, disaster relief and joint search and rescue operations. According to some media outlets following the results of the trilateral workshop on maritime security, negotiations are underway on a joint meeting of Chiefs of Staff or Admirals by the example of the Senior Officials’ Dialogue. In addition, the countries already have an experience of holding bilateral meetings in 2+2 format (ministers of defense and foreign affairs). However, except for the Indo-Indonesian interaction, there have not been high-profile ministerial meetings over the past decade.

The very important cooperation track is bilateral exercises, as the navy has been a consistent actor in Australia-Indonesia and India-Indonesia engagements. Moreover, India and Australia hold joint maritime defense exercises, and Delhi invited Canberra to join the Malabar naval exercise [Pasricha, 2020] in which Japan has already been participating since 2015. Hence, based on the experience of various bilateral military exercises such as the AUSINDEX (between India and Australia) and Samudra Shakti (between India and Indonesia) the trilateral maritime security workshop can become a platform for negotiations about future joint maritime exercises. Besides, the navy of the three countries could theoretically begin joint patrols in the Sunda and Lombok straits. These straits have strategic importance for the Indian Ocean. However, there is a growing presence of Chinese ships in these straits. Therefore, Indonesia may not support the idea of joint patrols for fear of China’s reaction to its actions.

In conclusion, in the face of growing challenges in the region, the interests of the three countries will be matched by deepening cooperation on security and development issues. However, differences in positions and approaches can become a significant barrier to strategic convergence. At the same time, the leaders of the countries talk about the need to develop relations, especially in the Indo-Pacific region [Parameswaran, 2020]. Consequently, pragmatic interests and political desire could lead to the creation of a “union” in the near future.

Pasricha, Anjana (2020). India to Invite Australia to Join Naval Drill in Effort to Contain China. Retrieved from https://www.voanews.com/south-central-asia/india-invite-australia-join-naval-drill-effort-contain-china. Accessed on 17.07.2020.

Sarangi, Subhasish (2019). Unpacking SAGAR (Security and Growth for All in the Region). Retrieved from https://usiofindia.org/wp-content/uploads/2020/02/USI-Occasional-Paper_2_19-Unpacking-SAGAR-Final-print-File-1.pdf. Accessed on 17.07.2020.

Times of India (2019). PM Modi proposes a new initiative to secure the maritime domain in Indo-Pacific. Retrieved from https://timesofindia.indiatimes.com/india/pm-modi-proposes-new-initiative-to-secure-maritime-domain-in-indo-pacific/articleshow/71910705.cms. Accessed on 17.07.2020.