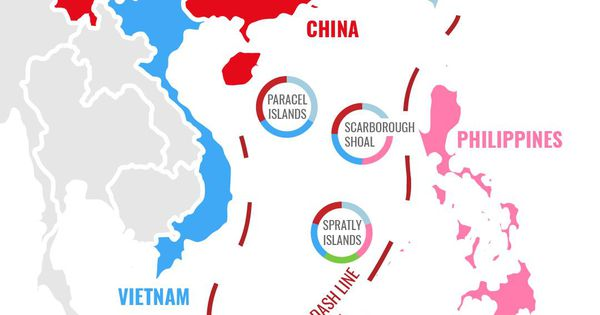 Today, the South China Sea is a key transit hub for world trade, where two world powers, China and the United States(U.S.), clash with each other over disputed territories or waters, which puts this regional crisis in the category of the largest political problems of the modern world. That is why any, even the smallest, changes in this geopolitical knot lead to increased tensions throughout the world.

On October 1, 2018, the guided-missile destroyer USS Decatur (DDG-73) passed within 12 nautical miles of the Gaven and Johnson Reefs in the Spratly Islands as it was conducting a freedom of navigation operation [Navy Times, 2018]. Beijing considers the 12-nautical-mile zone of this archipelago as its territorial waters. However, Washington does not agree with China’s claim and regularly sends its military ships to emphasize this. The Chinese side responded to the latest U.S. move by sending its Luyang-class destroyer, which came within 41 meters of Decatur’s bow, and the U.S. vessel maneuvered to prevent a collision [Business Insider, 2018]. Simultaneously with sending the warship, Beijing canceled an important annual security meeting planned for mid-October with U.S. Defense Secretary Jim Mattis and China’s National Defense Minister Wei Fenghe [South China Morning Post, 2018].

Since 2015, U.S. warships have been constantly increasing the number of passages through the South China Sea, and U.S. military aircraft regularly fly over its waters. Besides, since 2015, the U.S. Navy patrols the 12-nautical-mile zone around the artificial islands being built by Beijing in the South China Sea. Moreover, the United States was joined by its allies. In September 2018, Japan and the United Kingdom conducted a joint naval exercise in the South China Sea,while London has already sent its naval forces to the area three times since the beginning of 2018.

All this takes place against the backdrop of the trade war between the United States and China,as well as U.S. Vice President Mike Pence’s speech, in which he proclaimed a new course of the U.S. administration for strategic containment of the People’s Republic of China(PRC) [Hudson Institute, 2018]. Therefore, any incident in the South China Sea can lead to unpredictable consequences with uncontrollable results.

It should be recalled that China claims about 80% of the South China Sea and builds military infrastructure on the three Spratly Islands, which are also claimed by the Philippines, Vietnam, Malaysia, Taiwan, Brunei, and even Japan.The legal ownership of the islands is contested by all countries at once, and this provokes a race for possession of actual control over them.

The PRC insists that according to historical references the archipelagoes Xisha (Paracel Islands) and Nansha (Spratly Islands) and other islands of the South China Sea were discovered 2,000 years ago by Chinese navigators. They appear as Chinese territories on maps of the Song era and the subsequent Yuan, Ming and Qing dynasties. However, other participants in the dispute have their own arguments.Therefore, Vietnam declares that it possesses documentary evidence of control over part of the islands since the 17th century [Hayton, 2014].The Philippine authorities cite the Zaragoza Treaty of 1529 on the division of spheres of influence between Portugal and Spain, whose colony the Philippines was, which mentionsthe disputed islands. After gaining control of the Philippines, the United States owned the right to their part of the islands, while France, whose colony Vietnam was at that time, claimed other part of the islands. Then, in the process of decolonization, Vietnam and the Philippines inherited all the legal claims of their metropoles.

The territorial dispute intensified with the actions of China in 2013 when it started large-scale hydrotechnical and construction works on the creation of artificial islands in the South China Sea and publicly declared the nine-dash line principle to back its territorial claims. At thattime, Chinese patrol ships prevented the Philippine military from arresting Chinese fishermen working in disputed waters. This was the reason for the beginning of the proceedings at the international tribunal in The Hague, to which the Philippine authorities filed a suit against China. However, Beijing refused to participate in the process. In 2016, the tribunal ruled that China had no “historical rights” to the disputed Spratly Islands, thus supporting the position of the Philippines [Permanent Court of Arbitration, 2016]. It should be noted that the United States provided all the necessary assistance to the Philippines in this legal case.

China’s actions in the South China Sea are dictated by the need to maintain control over the strategically important Malacca Strait, through which about 60% of Chinese trade and up to 80% of hydrocarbonimports pass. In addition, the South China Sea provides the Chinese fleet with the access to East and Southeast Asia. Moreover, contrary to a popular belief about the region’s hydrocarbon wealth, oil and gas fields in the area of the disputed islands are not sufficient to recoup multibillion-dollar investments in military and transport infrastructure, which must be built to control them and ensure their security. The bulk of energy reserves are located within the continental shelf and have been controlled for a long timeby the coastal countries. Therefore, the main strategic value of these territories is their location, as a key transport hub of world trade, whichaccounts for the transit of more than 25% of world cargo traffic.

At the same time, the islands in the South China Sea isolate China from the world oceans. Therefore, the control over them is, on the one hand, an opportunity for Beijing to promote its power, and, on the other, an attempt to prevent building a “strategic stronghold” by other players against China. In this light, China views its policy as defensive to prevent insulation from other powers. However, China’s grounding on the islands will lead to its strengthening, which threatens security of its neighbors and defies the U.S. naval power in this region.Therefore, the activity of China leads to the response of other participants in the territorial dispute. This is expressed through the strengthening of the U.S. military presence in the region and the consolidation of old alliances and the creation of new coalitions between the United States and Asian countries.

It is also worth noting that the Chinese internal policy is an important aspect in the problem of the South China Sea. One of the main elements of Chinese patriotism is the concept of rebirth after the “century of humiliation”, the period of intervention by Western powers and Japan in China between 1839-1949. The return of control over the South China Sea is seen as the restoration of historical justice. Therefore, the actions of the United States and other powers in this region fit into Beijing’s official propaganda,which depicts them as the infringement of Chinese national interests and the collusion of regional players with great powers for the sake of weakening China.

However, exploiting the situation around the South China Sea to unite the nation can put Beijing in a difficult situation. Today, the Chinese leadership quite effectively controls the public agenda, but the regular emergence of the U.S. Navy in the region has a negative effect on the image of the Communist Party leaders, and all this happens against the backdrop of U.S. President Trump’s constant pressure. Therefore, it cannot be excluded that Beijing will try to take revenge in the South China Sea, showing the country’s strength and determination. In such a situation, consequences can be unpredictable for all the participants in the dispute, including China itself.

Meanwhile, enormous economic importance of the South China Sea allows the region to remain stable. None of the powers is ready to cause a significant deterioration of the situation, because any changes, such as a disruption of energy supply or transportation of goods, will lead to sharp fluctuations in the global economy. This allows us to hope that all the participants in this territorial dispute are ready to negotiate.

1. BusinessInsider. (2018). A Chinese warship’s move to challenge a US Navy destroyer in the South China Sea was ‘calculated,’ analysts say. Retrieved fromhttps://www.businessinsider.com/chinese-moves-in-south-china-sea-deliberate-and-calculated-2018-10. Accessed on 19.10.2018.