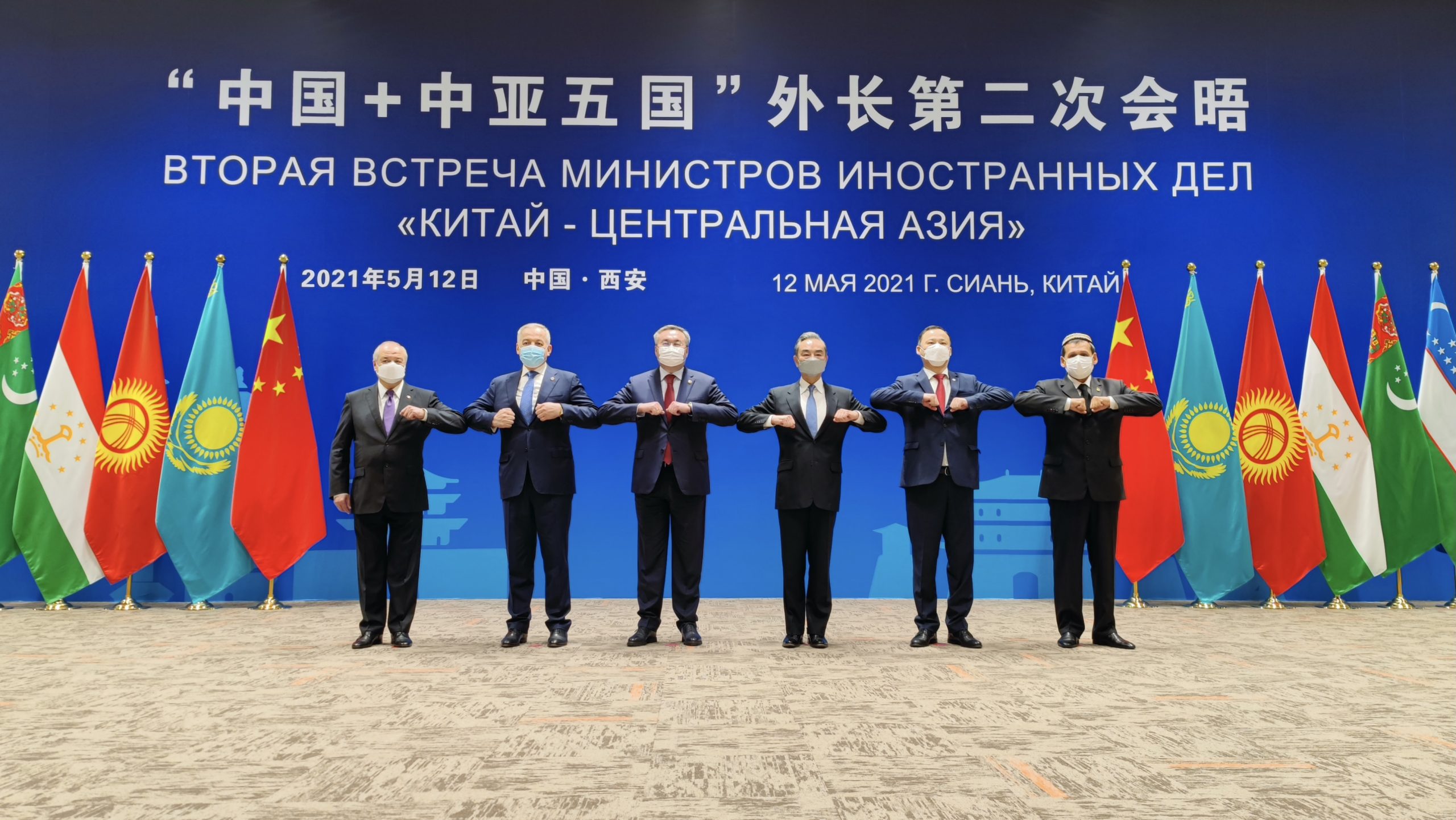 Central Asia is one of the most important regions for China in terms of economics, politics, and security. China’s role in the region is permanently increasing. It remains a key trade partner for all Central Asian countries. Moreover, China provides the region with substantial investments, primarily in the energy sector. Central Asian countries, in turn, support China’s grand initiatives and strategies, and actively participate in their implementation. Therefore, this commentary aims to analyze economic cooperation between Central Asian states and China.

Following the January unrest in Kazakhstan, the Presidents of five republics of Central Asia conducted an online Summit with their Chinese counterpart Xi Jinping. The participants actively discussed economic cooperation and achievements of bilateral relations during the period of independence of Central Asian states. Central Asian Presidents were concerned about the situation in Afghanistan, supplying more natural gas to China, construction of the China-Kyrgyzstan-Uzbekistan railroad, and unrest in Kazakhstan. China’s leader, in turn, promised to open the domestic market for Central Asian producers. Xi Jinping set a goal to increase bilateral trade with the region to $70 billion by 2030 and mentioned that the indicator had grown 25-fold in the last 20 years, from $1.5 billion to $38.6 billion in 2020. China’s investments in the region amounted to $40 billion at the end of 2020, while a number of China’s firms operating in Central Asia equaled 7.700 at the end of 2021. Additionally, China will provide $500 million in grants to Central Asian countries within the next three years and 50 million more doses of Chinese-made vaccines this year [Kumenov, 2022].

President of Kazakhstan Kassym-Jomart Tokayev mentioned that during 11 months of 2021, bilateral trade between Kazakhstan and China increased to $17 billion reaching new records. He added that of the $40 billion in Chinese investment in the Central Asian states, half is in Kazakhstan. The President proposed to diversify the structure of trade, remove barriers, bring order to customs affairs, and introduce innovative solutions. He explained that Kazakhstan was able to increase export deliveries to China on 135 positions, including organic agricultural products and food, by more than one $1 billion. The Head of State noted that Kazakhstan planned to invest $20 billion by 2025 for the diversification of transit and transport routes and the introduction of integrated logistics solutions [Akorda, 2022].

Central Asia’s trade with China demonstrated significant growth since the early 2000s (Figure 1). Global and regional shocks, including the global financial crisis, the end of the energy supercycle, economic slowdown in China, and the pandemic negatively affected the bilateral trade flows. Figure 1 shows that China has a trade surplus with Central Asia, which in 2020 exceeded $3.8 billion.

Despite calls on diversification, analysis of the structure of bilateral trade confirms well-known important facts, which retain for a long-run period. For instance, a share of mineral fuels in China’s total imports from Kazakhstan amounted to almost 27% in 2020. In the same year, the share of ores, slag, and ash equaled 20.6%, while the indicator for copper reached almost 18.6%. It is important to note that the share of cereals in China’s total imports from Kazakhstan was equal to low 0.8%.

Despite China’s intention for trade liberalization towards Central Asian partners, its market remains closed. For instance, China, citing coronavirus concerns, has selectively banned imports from Kazakhstan. This policy led to a significant decline in Kazakhstan’s exports to China. For instance, between January and September 2021, food exports to China fell 78%, while flour exports dropped 91%. Moreover, due to intensified inspections at the Chinese border, a bottleneck of 12.000 idle railcars had accumulated on the Kazakh side by March 2021. At the same time, the volume of transit container shipments crossing Kazakhstan to and from China grew by a third in the first eight months of 2021 compared to the same period last year and 88% of those trains connect China and Europe [Kumenov, 2021].

The share of ores in China’s total imports from Kyrgyzstan amounted to almost 77%, while the indicator for Tajikistan was lower and equaled 72%. China’s imports from Turkmenistan entirely consist of mineral fuels, in particular natural gas. The share of this product in 2020 reached 99.5%. Uzbekistan is also an important supplier of mineral fuels to China. In the same year, the share of mineral fuels in China’s total imports from Uzbekistan amounted to almost 43%. Other important import items include cotton (27%) and copper (13.6%). The January unrest in Kazakhstan will have important implications for bilateral trade between Central Asia and China. Recently, Uzbekistan’s government decided to halt natural gas exports. The lack of gas in Uzbekistan has over several years generated significant public discontent. Therefore, the gas exports have been completely stopped and directed to domestic consumers. It is important to note that almost all gas exports were bound for China. From January to October of 2021 Uzbekistan exported over 4 bcm to China, sales worth a little over $600 million [Eurasianet, 2022]. China’s exports to the region mainly consist of manufacturing products with high value-added. At the same time, Central Asia’s exports to China mainly depend on the resources, price fluctuations of which make the region vulnerable and puts its trade flows at risk.

China is not only a key trade and investment partner but also an important source of loans. For instance, 45% of Kyrgyzstan’s external borrowing (worth $1.7 billion) is from China, along with 52% of Tajikistan’s foreign debt ($1.2 billion). Despite the situation in other Central Asian countries being better, the indicator remains high. In particular, Turkmenistan owes China the equivalent of 16.9% of its GDP, Uzbekistan – 16%, and Kazakhstan – 6.5%. The countries of Central Asia, in particular Tajikistan and Kyrgyzstan, have difficulties with paying the debts back. As a result, the Chinese companies receive concessions. One more important issue, that causes social discontent in Central Asia, is transparency in the agreements made between Chinese and local companies [Umarov, 2020]. It is worth noting that China diversifies its investments in Central Asia. Instead of funding infrastructure projects, it has shifted to manufacturing, including bus factories, cement plants, agricultural and green energy projects. When China’s state-owned banks and corporations provide lending, they secure joint funding from local partners or other countries [Van der Kley, 2020].

Therefore, China remains a key economic partner of the Central Asian region in terms of trade, investments, loans, and joint infrastructural and industrial projects. However, despite China’s role in the region is increasing and persistent calls for mutual benefits from Beijing, the Chinese market for Central Asian producers remains closed. Moreover, China pursues a protectionist trade policy towards Central Asia. It is worth noting that despite diversification, the main focus of China’s investments is in the energy sector. For some countries of the region, loans from China are critical and they have persistent problems of repayment. Therefore, the regional countries need to re-evaluate their cooperation policy with China. They need a comprehensive revision of the effects of economic cooperation with China on their manufacturing and agricultural production, international trade, competition, and other important macroeconomic variables. These studies can reveal both benefits and costs and allow the developing a China policy, which in fact will increase mutual benefits from cooperation.

Akorda (2022). President Kassym-Jomart Tokayev took part in the summit of the heads of state “Central Asia – China”. Retrieved from https://www.akorda.kz/ru/prezident-kasym-zhomart-tokaev-prinyal-uchastie-v-sammite-glav-gosudarstv-centralnaya-aziya-kitay-2505054. Accessed on 26.01.2022.