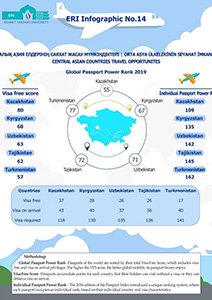 Since the start of the civil war in Syria in 2011, 4 million Syrians had fled to neighboring countries in order to find a safe haven. Majority of the refugees would favor a stable and proper life in their home countries rather than living in refugee camps but events occurred in their country pushed them to migrate due to security reasons and pulled them by the idea of searching a better life in Europe. Around 700,000 people registered as refugees with the United Nations High Commissioner for Refugees (UNHCR) in 2014 alone and EU received 513,580 applications for asylum in total including Syrians last year. These refugees are risking their lives to across the Mediterranean in order to reach inner Europe through Greece and Italy, and moving forward to Germany, UK and France as a main destination.
Inside the Europe among these three big economies, it is been expected that more than 800.000 refugees will apply to asylum in Germany this year while France has promised to receive only 24.000 and UK 20.000 over the next five years. However, majority of the refugees are hosted by the neighboring countries where Turkey takes the lead with hosting more than 2 million, Lebanon 1.078 million and Jordan around 629,627 refugees.
Turkey opened its borders for humanitarian reasons to Syrians escaping from warzone in their country since the start of the conflict. In 2012, only 14,237 Syrians arrive to Turkey however, this number dramatically increased to 2.07 million refugees in 2015. Due to such massive increase in number of hosting the Syrian refugees has bring both positive and negative economic consequences for Turkey. For instance, Turkey so far spend 8 billion US dollar for hosting the Syrian refugees and received only 417 million US dollar assistance from EU.
This migration flow is a forced migration and should considered as humanitarian crisis at first however due to its size it has both positive and negative economic consequences for European countries. Analyzing the refugee numbers, we can see that all type of people from different socio-economic groups are arriving to Europe and according preliminary estimations, not all of them are lies within the poorest and uneducated group. However, significant amount of them are middle class and well-educated ones in their country and bring social remittance to their new host countries. Social remittance could be understood as ideas, expertise, experience and skills, which would be useful if they are integrated into host country labor market. Moreover, this crisis could be an opportunity for ageing problem of many European countries with young workforce looming to their labor market.
Recent World Bank report indicated that 1% increase in Syrian refugees increases Lebanese service exports by 1.5 % and similar positive results could be said for Jordan case too which disapproves the migrants are job steelers argument that in districts where Syrian refugees has settled unemployment rate stayed at the same rate. These mildly economic benefits could improve in the case of EU with the resources and opportunities provided in European countries. On this issue, supporting Frontex with more personnel and monetary resources and developing the filtering system (which helps to identify refugees who really need humanitarian assistance) would allow us to identify and make proper analysis regarding their contributions to their host countries in near future.
On the other side, there are number of groups opposing against the acceptance of migration flow from Syria and has rising three points as their arguments. According to them migrants are economic burden, which would consume their countries’ resources, disturb the national and religious stability in their country. Unlike the supporters the opposition seems to be cannot prove the validity of their arguments with empirical evidence that the newcomers would cause the both social and economic disruptions.
Beyond economic and humanitarian aspects there is also the political side of the issue, in order to gather public support evidence and perception are competing with each other and in the short-term perception is winning because costs has immediate negative effect while the benefits could be seen after couple of years at least. Furthermore, this is not the first migration crisis Europe is facing although it is the biggest one since the Second World War but experience shows that it is hard to break perceptions with numbers in papers. Therefore, it is also an opportunity to try something new or more complex policy trying to explain opposition groups why it would be beneficial for them to accept these refugees both in economic and humanitarian perspective.
The answer of the title requires more research and analysis but in short, the economic benefits of accepting refugees would outweigh the short-term costs. With a clear policy on evaluating the crisis from humanitarian, economic and political aspects could allow to realize nature of the crisis and approach it with proper mechanisms to solve it.