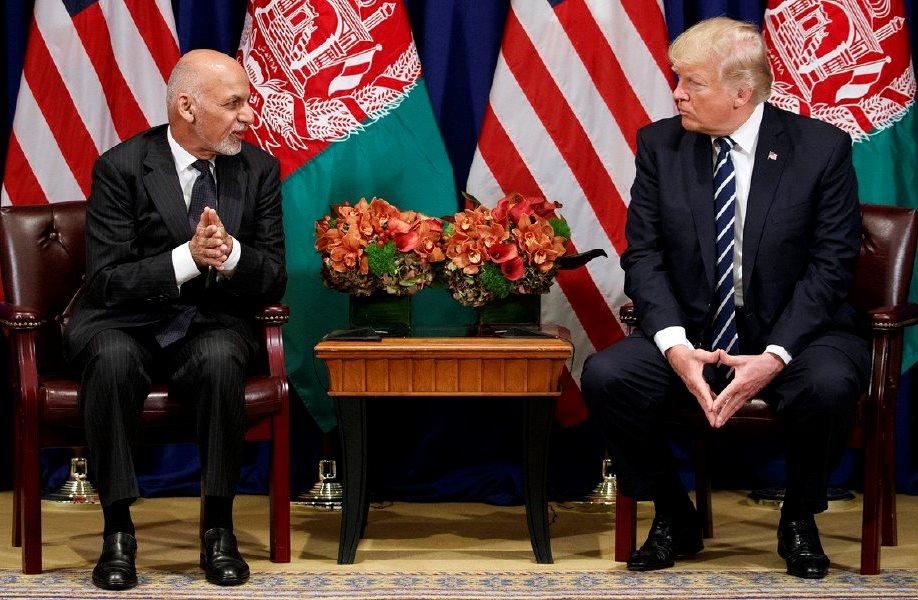 On August 21, 2017, U.S. President Donald Trump announced his strategy towards Afghanistan that outlined the course of the future U.S. involvement in its longest military operation. Among other things, the new strategy envisages a modest expansion in the U.S. troop presence, more pressure on Pakistan to act against the Taliban and, most importantly, a removal of any deadline for the withdrawal of the U.S. troops from the country. The ultimate goal of Trump’s plan is to bring the Taliban to the negotiating table and find a political solution to the Afghan War. The announced policy eased concerns of many who feared a possible withdrawal of the U.S troops from the country given the Trump’s election promise to scale back the U.S. involvement in foreign conflicts. The departure from his previous rhetoric reflects the mounting concerns of his military advisors about a deteriorated security on the ground and a growing threat from the Islamic State (ISIS) terrorist organization. Taking into account the fact that the United States is a country whose engagement in the conflict, in terms of both the presence of its troops and the support provided to the central government in Kabul, is the most crucial factor in stabilizing the Afghan state, a continued commitment by the United States to that country should be deemed as a good news for the entire region of Central Asia.

The conflict in Afghanistan is the United States’ longest-running war, and over the past 16 years it has cost over a trillion dollars and claimed lives of approximately 2,000 U.S. soldiers. The decision to invade Afghanistan was made by George W. Bush in 2001 as a response to the 9/11 attack. The military operation, also known as Operation Enduring Freedom, was aimed at defeating al-Qaeda, a group that was held responsible for the terrorist attack, and the Taliban regime who was accused in harboring them, “in order to prevent any future acts of international terrorism against the United States by such nations, organizations or persons” (Grimmet, 2007). Within a year, 10,000 U.S. soldiers were deployed to Afghanistan, and by 2008 there were 48,500 U.S. troops on the ground. As a result of the U.S. and allied military operations since then, the main elements of al-Qaeda have been destroyed. Despite this achievement, the main goal of defeating the Taliban in order to eliminate any possibility of the extremist ideology re-establishing itself in the country, was not achieved. When Obama came to office in 2009, he raised the U.S. troop levels to around 100,000. With additional troops on the ground, his generals thought the goal of defeating the Taliban would be realizable (S. Ebrahim, 2017). Obama’s strategy also sought to complete the withdrawal of all U.S. combat forces from Afghanistan by 2014. To put it simply, his strategy was to break the stalemate against the Taliban and then by the end of 2014 withdraw all U.S troops and hand over the provision of security in the country to the Afghan National Security Forces (ANSF). However, given that no victory over the Taliban was conceivable and the ANSF still lacked the capacity to counter the Taliban on its own, prolonging the presence of the U.S. combat forces in the country was necessary. Therefore, at the end of his presidency, Obama continued withdrawing the forces on a fixed timetable, down to the current level of approximately 8,400 troops. The remaining U.S. soldiers were tasked mainly with training and advising the Afghan military personnel. This meant Obama’s successor was the one who had to decide on the future of the U.S. contingent stationed in Afghanistan.

In this regard, Trump’s new strategy favorably differs from the policy pursued by the previous U.S administration and might actually change the current deadlock in the war against the Taliban. First, the fact that President Obama in 2009 announced the surge in the number of troops together with setting the deadline for the withdrawal of the Western forces attracted considerable criticism from observers. Many argued that setting artificial timetables in advance made compromises not attractive to the Taliban, in effect creating an incentive to wait out the Western forces (M. O’Sullivan, 2017). Therefore, Trump’s new approach to a withdrawal decision based on the “conditions on the ground” is a recognition of policy shortcomings of his predecessor. Apart from this difference, Trump’s main goal is similar to that of Barack Obama – to bring the Taliban to the negotiating table. This time though, the new approach of removing any deadlines for the U.S. troop withdrawal presents a better opportunity for new diplomatic initiatives to succeed, as it signals the Taliban that being patient until the U.S. exit date is no longer plausible. Moreover, in a sharp contrast to the policy pursued by the Obama administration at the end of the combat operations in 2014 that placed significant restrictions on the U.S offensive operations in Afghanistan, Trump intends to give his military commanders more authority to undertake counterterrorism missions. By granting the U.S troops on the ground more autonomy, Trump sends a clear message to the Taliban, which has recently gained substantial ground in the war, that winning in the battlefield is also not an option (New York Times, 2017).

The second important element of Trump’s strategy is his focus on the problem of Pakistan and its alleged support in providing what he said “safe-havens for terrorist organizations, the Taliban and other groups that pose a threat to the region and beyond”. The plan envisages an increased pressure on Pakistan, a country whose long border with land-locked Afghanistan makes its cooperation essential in bringing about a political reconciliation with the Taliban (C.R. Mohan, 2017). The United States wants Pakistan to exert more influence on the group to make them engage in peace talks. The Obama and Bush administrations were aware but unwilling to bear the considerable risks of pursuing a sustained pressure campaign against its ally in the region (C.R. Mohan, 2017). Therefore, the Trump administration’s willingness to call out Pakistan’s so-called ‘double game’ is unprecedented (J. Hannah, 2017). Trump’s strategy envisages mounting pressure on Pakistan to compel it either to shut down the save heavens for the Taliban and other militants or to negotiate with Kabul (A.J. Tellis and J. Eggers, 2017). Some argue that the previous strategies failed because they ignored dealing with the root cause of the Afghan problem. As one expert on South Asia puts it, “any strategy that doesn’t deal with Pakistan is not a strategy that will bear fruit. Killing each mosquito individually and ignoring its pond is not a solution” (A. Ahmadzai, 2017). It is worth noting that on October 23, 2017, U.S. Secretary of State Rex Tillerson visited Islamabad, where he made some “very specific requests” for Pakistan to take action “to undermine the support the Taliban and other terrorist organizations receive”. This could open a new chapter in the relations between the two states. Pakistan that once was an indispensable U.S. ally in the fight against terrorism is now increasingly seen as a sanctuary where Osama bin Laden was found and killed in 2011 (New York Times, 2017).

According to some analysts, Islamabad has strong incentives to protect the Taliban as a way of maintaining ‘strategic depth’ against its arch-rival India. The Pakistani military doctrine based on the concept of strategic depth suggests transforming Afghanistan into a client or subservient state that is beholden to the Pakistani security establishment (A. Arni and A. Tondon, 2014). In other words, Pakistan seeks to use the insurgents to secure leverage over Kabul as a way of limiting its cooperation with India and forcing it to accept what Islamabad sees as its legitimate security interests (C. Fair, 2014).

Nevertheless, it remains to be seen if Washington would be able to achieve a significant change in Pakistani behavior given that Pakistan’s dependence on U.S. aid had declined in recent years, thanks in part to massive Chinese investment, while the United States remains to be logistically dependent on Pakistan to carry out its operations in Afghanistan. As a result, it is unlikely that the current U.S. administration would be ready to use sanctions against Pakistan’s high-level military and intelligence officials, cut off aid or designate Pakistan as a state sponsor of terrorism even if Pakistan continues to pursue its own interests. At the same time, it should be made clear that if Trump does succeed in this, positive implications for the war in Afghanistan would be far-reaching (J. Hannah, 2017).

Third, when announcing his strategy, Trump had several options on the table that ranged from a complete disengagement from the country to pursuing a major escalation to defeat the Taliban. However, both extreme solutions to the problem seem to be implausible at the moment. On the one hand, the political climate in Washington does not allow for dedicating large resources necessary for the high-intensity campaign. On the other hand, a complete disengagement from Afghanistan would forego the possibility of managing the risks to the homeland, however small they appear today from the distance (A.J. Tellis and J. Eggers, 2017). Therefore, Trump’s new strategy of a modest troop expansion, adding an unspecified number of soldiers to the current U.S total of just about 8,400, is regarded to be a balancing act.

A new approach came as a result of a long policy review of the Trump administration that entailed an intense debate between the president’s top military commanders and political advisors. This was a victory for Defense Secretary Jim Mattis and National Security Adviser Herbert Raymond McMaster, both of whom argued for the deployment of additional troops, while a strong opponent of this move, White House Chief Strategist Stephen Bannon, left his office just days before the announcement of a new plan. In June 2017, Trump already authorized the power increase to about 4,000. These additional troops would serve in two roles: counterterrorism missions and training of the Afghan forces. The logic behind the modest troop increase is to change the course of the fight on Afghanistan’s battlefield and then initiate a political settlement. An initiation of negotiations now when the Taliban controls at least 40% of the territory will be at Kabul’s disadvantage. This is also recognized in Washington, as Trump puts it, “after an effective military effort, perhaps it will be possible to have a political settlement that includes elements of the Taliban in Afghanistan”. Others, however, were critical of such incremental reinforcements since it is insufficient to make a decisive difference on the battlefield. John Dempsey, a former senior State Department official who worked on Afghanistan and Pakistan, argues that “it didn’t work then [from 2009 to 2014] and it especially won’t work now” (New York Times, 2017).

In announcing his plan, Trump became the third consecutive U.S. president who has to deal with the conflict in Afghanistan. Despite the presence of some contradictions in his announced plan, Trump should still be credited for a decision that goes against the will of his political base but has an ultimate importance in ensuring the long-term security for not only the United States but also Central Asia. Trump’s decision to further commit to the nation’s longest war, rather than withdraw, reflects his understanding of the consequences that the complete disengagement from the conflict zone entails. According to the reports, Afghanistan is experiencing a continuing downturn in security, 2016 acknowledged by the United Nations as the most violent year in Afghanistan with more than 11,000 civilians killed or wounded (United Nations, 2017). The Taliban insurgency and the resulting lack of security in Afghanistan are still the most destabilizing challenge facing Central Asia. Some of the threats emanating from there include transnational terrorism, extremist ideology, an increase in illegal drug trafficking, a potential refugee crisis etc. In this sense, the decision of the Trump administration to keep the U.S. troops until the conditions on the ground allow otherwise should not be underestimated.

R. Grimmet (2007). Authorization for the Use of Military Force in Response to the 9/11 Attacks (P.L. 107-40): Legislative History. Congressional Research Service.

Retrieved from: https://www.fairobserver.com/region/central_south_asia/the-genesis-of-pakistans-strategic-depth-in-afghanistan-88910/. Accessed on: 08.11.2017.

Retrieved from: http://indianexpress.com/article/opinion/columns/pakistan-u.s-pakistan-relations-washington-islamabad-relations-donald-trump-terrorism-4882400/. Accessed on: 08.11.2017.