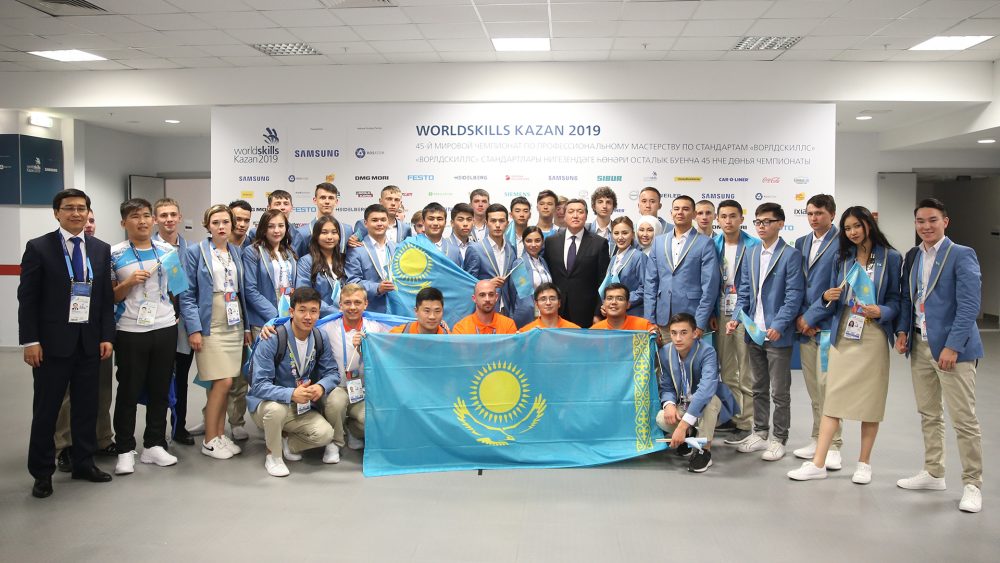 The prosperity of nations was always a question of an immense importance and the foundations of it have been researched extensively since the very creation of states. There were various schools of thoughts proposing numerous factors as the true sources of prosperity of states. Nowadays, institutional theory is one of the most dominant in the field of “creation of wealth” research. However, if institutions generally speaking are the “rules of the game”, then the following question is called – “Who chooses and sets these rules?”. According to Casas and Cozzi [2020] elites are the factor that both directly and indirectly (by manipulating the institutions) affects the “outcome of the game” – human and economic development within a state. Therefore, the researchers have created an elite quality index to assess the characteristics of elites of different nations and their roles in the value creation and extraction processes in their respective societies. The following document – “Elite Quality Report 2020: 32 Country Scores and Global Rank” was published in September 2020, it summarized the researchers’ findings and presented their fresh view on the factors of success of nations on a global scale.

To understand the nature of the influence of elites, it is firstly necessary to define who the elites actually are. The authors define the elites as the “narrow, coordinated groups with business models that successfully accumulate wealth”. Moreover, in the report the elites are called “an empirical inevitability” and said to “supply essential coordination capacity to society” [Casas and Cozzi, 2020]. Subsequently, the authors evaluate the quality of elites based on the impact of their actions – higher quality elites create more value for their nation than they extract, lower quality elites do the opposite. One more significant factor the authors pay a lot of attention to is the power of elites – their dominance in the political and economic spheres of a country. Power and the impacts of value extraction behavior of elites (or its abundance) are measured using 72 indicators. As a result, all of the thirty two countries featured in the research are divided into four broad categories.

First category – Competitive Elites, elites who have relatively little power and use it to create value for their nations. The richest and most developed countries of the world make up the majority of this category, with some notable exceptions, such as China.

Second category – Enlightened Elites, elites possessing much more power over politics and economy within their countries than the Competitive ones, yet using this power for value creation, rather than value extraction. The authors included only three countries from the list to this category – Kazakhstan, Saudi Arabia and Indonesia.

Third category – Rentier Elites, those who have a lot of power and use it to enrich themselves to the detriment of the rest of economic actors of their country. The second largest category, including most of the featured developing countries.

Fourth category – Striving Elites, elites that are relatively weak in terms of their power, yet they use all of their limited resources for personal gain. The only country in this category is the Republic of South Africa (RSA).

It is interesting to focus on the unique placement Kazakhstan has within the matrix. According to the authors of the rating the elites of Kazakhstan are close to their counterparts from China, Poland and Norway in terms of value creation, also being ahead of Portugal, Italy, Spain, France and Israel in the same terms. That puts the local elites into the first half of the value-creation part of the rating. At the same time local elites are in the list of five most powerful elites, being close to their counterparts from Egypt and Botswana in terms of their dominance in the political and economic spheres. Only the elites of Botswana, Nigeria, Pakistan and Saudi Arabia possess more power in their respective countries than the Kazakhstan’s elite does.

Overall, such a placement is quite favorable for the country, as according to the authors of the research the value creating patterns of behavior of elites can be associated with extensive economic and human development within a nation. However, it is difficult to expect such a situation to be consistent in the long run, as the fate of the country’s prosperity mostly depends on the patterns of behavior of the elites, not on the institutions, without much control from the civil society. In such a case, any negative change in the behavior of the elites will not be corrected and can cause the shift of the whole country to the third category, subsequently negatively impacting it in terms of economic and human development. Therefore the most beneficial strategy for the country could include both the promotion of the current value creating patterns of behavior of local elites, and the steady growth of level of societal control over the elites. In the long run this can shift Kazakhstan from the second category to the first one, ensuring the future growth opportunities of the nation. Regarding societal control, it can take various forms. More formalized ones include the creation of NGOs/NCOs, sending requests about problematic issues, observing elections, taking part in governmental discussion initiatives, etc. Informal ways of empowering the societal structures can include civil journalism, enlightenment and education of fellow citizens, legal pickets, etc. In both cases, the final goal of such activities is the promotion of cooperation within society and increased civil activity.

The report is also helpful at pointing out the most critical problems the countries have, the resolution of which could lead to a great improvement overall. For Kazakhstan such an issue is evidently connected to the predominance of some industries over the others in the economy of the state. It isn’t difficult to guess what industry is implied in that case, as the oil and gas sector is the one still massively overshadowing the others in the local economy. In that regard, the report is further highlighting the significance and relevance of an economic diversification of Kazakhstan that has been discussed widely since 2014 [Asian Development Bank, 2018]. This is especially significant as the whole world is shifting towards the “greener” energy with ever increasing speed [The Economist, 2020]. Another two serious issues, where Kazakhstan has scored one of the lowest in the list are the low levels of “creative destruction” (deliberate dismantling of established processes in order to make way for improved methods of production) [Investopedia, n.d.] in the economy and the high rates or monopolization of state power by the elites.

Regarding the factors that have put Kazakhstan in its quite favorable position in the rating, the authors point out the low levels of resource extraction in the labor market, low levels of power concentration in the hands of a nation’s leading firms and an optimal management of public finances. In these spheres Kazakhstan has overtaken the most of the countries in the list, including some of the most developed countries of the world. In terms of the labour market one of the significant factors that have affected such a placement is the relatively low unemployment rate in Kazakhstan, even compared with OECD average [World Bank, n.d.].

Unfortunately, as the rating includes only 32 countries currently it is difficult to compare Kazakhstan with some of its immediate and most relevant regional neighbors from Central Asia. Yet, there are two countries mentioned in the list that are very important to Kazakhstan in terms of trade, and share borders with it – Russian Federation and People’s Republic of China. The position of Russia in the list is relatively low, it is only twenty third, four positions below Kazakhstan, between Saudi Arabia and Botswana. At the same time Kazakhstan’s Eastern neighbor is situated quite high in the list – number twelve, between Poland and Norway. As it was mentioned before, Kazakhstani and Chinese elites share approximately the same level of value creation and are identified as value creating elites, yet counterintuitively Chinese elites possess much less power than their local counterparts which results in the overall higher ranking. Interestingly enough the elites of Russia are also less dominant than the Kazakhstani ones, however the difference in this case is not significant. More importantly, Russian elites are identified as value extractors according to the research, and in that regard they are closer to Pakistan and Botswana, than to China or Kazakhstan.

The authors of the research have already stated that the report will be published on an annual basis, therefore providing an opportunity to track the changes in the quality of elites across the countries and their impact on their respective societies. Moreover, additional factors will be included to the research, making it more precise and objective. This is especially important for such countries as Kazakhstan, as the country’s vector of development depends more on the behavioural patterns of the elites, rather than on the more transparent and sustainable institutions.