Some Aspects of Conspiracy Theories: Causes and Consequences 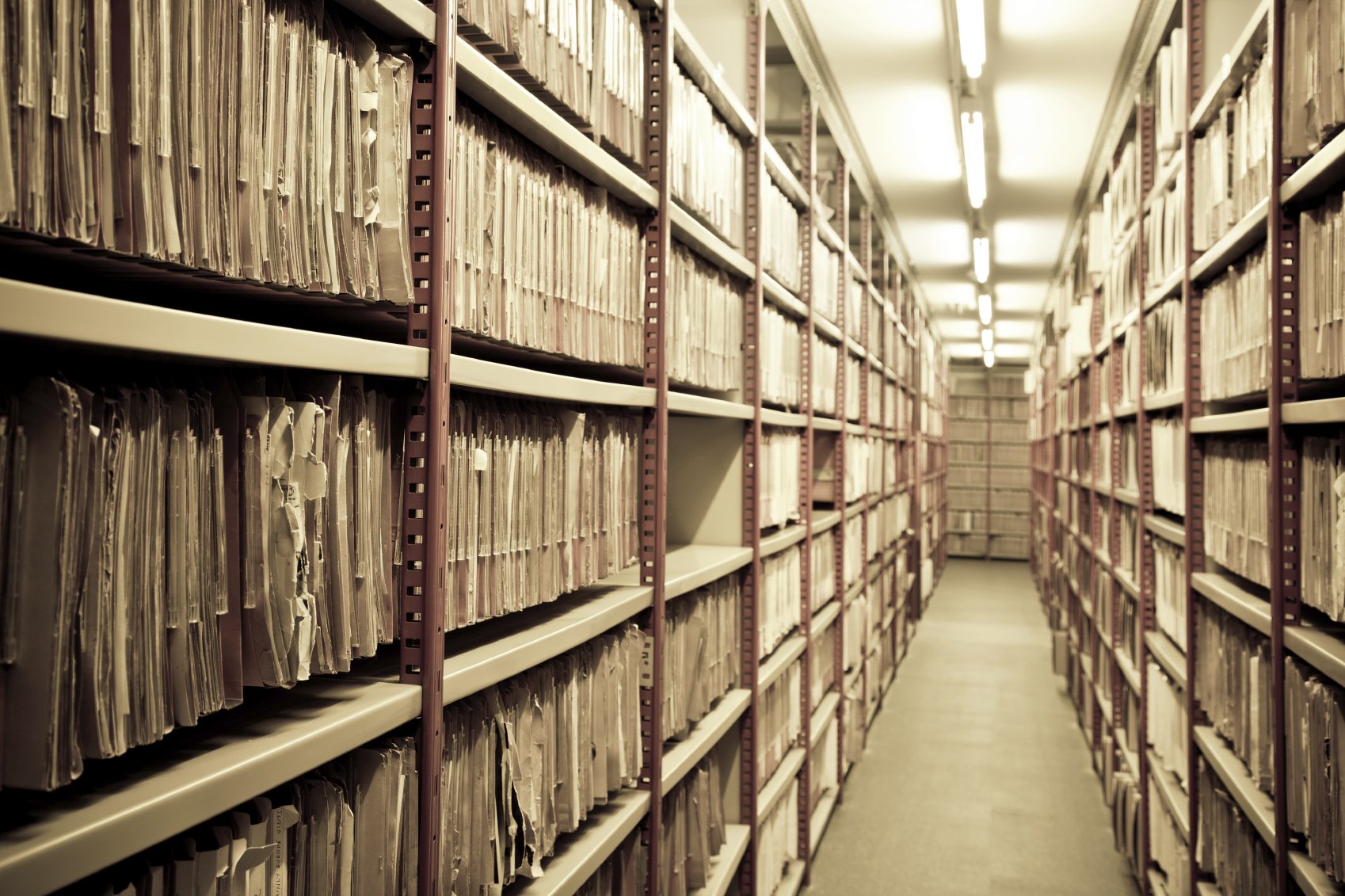 The desire of a person to know and understand his/her surroundings is not a prerogative only for scholars and analysts, as it may seem. The modern period of history is perceived by ordinary people as complex, even alarming, and their aspiration to explain it in some way or another grows up. These explanations can take different forms and promote a variety of ideas, including conspiracy theories. Conspiracy theories can be defined as narratives that explain the ultimate causes of significant social and political events with the help of secret conspiracies between two or more influential individuals [Drążkiewicz, 2022].

While real conspiracies do exist and have happened and are happening many times in reality, nevertheless, conspiracy theories are often based on misinformation and misinterpretation of real events and are formulated in such a way that they cannot be disproven. While for many people believing in conspiracy theories is relatively harmless, for some, the consequences of conspiracy theories can be devastating, both for themselves and for society as a whole. To counter this threat, it must first be understood. Every conspiracy theory is unique in its way. Multiple interpretations often coexist within a single theory with different actors or putative causes. But beneath all conspiracy theories lies a common, universal structure. In addition, they all have devoted followers and are more or less believed in by ordinary people.

A few common characteristics of conspiracy theories are that, firstly, they discover the source of unusual social and political phenomena in invisible, deliberate, and malevolent forces. Second, they often interpret political events in terms of the struggle between good and evil. Third, most conspiracy theories suggest that mainstream public coverage is a ploy or an attempt to distract the public from the true source of power [Georgacopoulos, 2020]. An analysis of conspiracy theories shows that they turn pre-existing social divisions—class, racial, religious, and national divisions—into irreconcilable antagonism, allowing their supporters to vilify and blame “them,” “outsiders,” or “others.”

Some experts argue that conspiracy theories are supported mostly by losers and that they are tools used by the powerless to attack and defend against the powerful. Finally, some people simply prefer the “Manichaean” narratives common in religious and populist political rhetoric, that is, attempts to explain all inexplicable events as a struggle between good and evil. Karen Douglas, a social psychologist at the University of Kent in England, shows in her study that people who feel insecure about their relationships and tend to catastrophize life’s problems are more likely to believe in conspiracy theories [Douglas, 2021].

Conspiracy theories are not a new phenomenon in the Internet age. In 1798 a Maryland Lutheran preacher wrote to George Washington to warn him of a dire threat; he claimed that “a secret group with the express purpose of overthrowing all governments and religions were spreading like wildfire” [Drążkiewicz, 2022]. “There is no doubt that conspiracy theories and disinformation have been used by powerful figures for centuries,” Marklewska, a researcher, says. “They serve as an extremely dangerous political weapon, helping to manipulate the public for power. First, you look for imaginary enemies, then you prepare for battle. The final stage is usually tragic: you hurt innocent people.” [Marchlewska et al. 2016].

Once people believe in something, it is almost impossible to convince them otherwise. Emily Thorson, a political scientist at Syracuse University, calls this psychological phenomenon an echo of belief—”an obsessive, emotional response to information that can persist even after we know it’s false.” [Thorson, 2013]. Belief in conspiracy theories is not tied to any particular country or culture. The researchers found similar levels of involvement in conspiracy theories in the US and Europe. Individuals’ country of residence also did not matter much as a predictor of participation in conspiracy theories.

The internet and social media also changed how these theories develop and spread [Jigsaw, 2021]. In previous eras, conspiracy theories were circulated primarily through books and films, radio programs, and special conferences, all of which were not available to a global audience. However, today, when anyone can uncover conspiracy theories and find like-minded people easily, the Internet has allowed these new ideas to develop and spread much faster. This change has democratized the process of creating such theories, spawning a new generation of influencers and conspiracy theory entrepreneurs seeking to monetize the attention and concerns of believers. A RAND Corporation-supported Jigsaw study looked at 150,000 posts supporting only four of dozens of theories that circulated on the Internet over 3 months [Jigsaw, 2021].

Within conspiracy theories, fragments of misunderstandings and false beliefs are merged into a broad narrative that seeks to make sense of the world, allegedly revealing not only what happened, but also why. Belief in a conspiracy theory is supported by an underlying worldview that can make those beliefs particularly resistant to denial. By their very nature, conspiracy theories for strong adherents satisfy deep emotional needs. As a rule, they arise after major historical events, but their development and spread after the tragedy are especially likely. Plane crashes, terrorist attacks, mass shootings, and natural disasters have all fueled conspiracy theories. These theories provide compelling explanations for otherwise inexplicable events and give meaning to shocking and senseless losses. Turning accident, unforeseen consequences, and simple incompetence into someone’s pre-planned actions, such an interpretation gives believers a sense of strength and understanding in a threatening and chaotic world.

Outbreaks of violence are the most dangerous consequences of conspiracy theories. In addition to the role they play in sanctioning and encouraging bloodshed and brutality, conspiracy theories also contribute to the erosion of democratic norms and cause significant damage to both public and private health. Further, they conclude the permissibility of violence for necessary self-defense. The rise of extremism is also linked to a desire to identify those who are perceived to be in cahoots with or benefit from the cabal, such as immigrants, as targets for their outrage.

Conspiracy theories can also significantly dampen support for democracy. Those with higher conspiracy levels are much less likely to vote, seeing no point in participating in democratic processes when the outcome is predetermined. More worryingly, belief in conspiracy theories correlates with support for violence as a means of political participation. According to public opinion polls, respondents showing high levels of conspiracy thinking were 50% more likely to say that violence is a legitimate means of anti-government protest. In the end, they believe they  can justify almost any means. In recent years, conspiracy theories have become a mainstay of the rhetoric of ruling parties in countries with growing authoritarianism. In these cases, the conspiracy theories propagated by the ruling elites allow them to present themselves surrounded by internal and external enemies to publicly legitimize the consolidation of political power.

The COVID-19 pandemic has further exacerbated the anti-social tendencies inherent in some conspiracy theories. While some previous pandemics have served to renew and deepen civic bonds through a sense of shared unhappiness and destiny, others have triggered bouts of conspiracy-fuelled violence. In the centuries that followed, outbreaks of cholera, smallpox, and typhoid repeatedly sparked waves of violence against ethnic minorities and health workers accused of conspiring to further spread the disease.

In 2020, there was a similar outbreak of violence against East Asian immigrants and people of East Asian descent in the United States, Canada, and Western Europe, fueled in part by conspiracy theories about the COVID-19 virus. Over the past two years, COVID-19 conspiracy theories have legitimized in the minds of believers a disregard for public health advice, including advice on social distancing, mask-wearing, and vaccinations. In response to conspiracy theories claiming that the 5G cellular network is the cause of the disease, more than 200 cases of attacks on telecom workers have been reported in the UK [Vincent, 2020], and numerous mobile phone masts have been set on fire in the Netherlands [Wassens, 2020].

Research has shown that stressful life events are an important predictor of beliefs in conspiracy theories, in addition to other psychological stress factors such as anxiety [ Swami et al., 2016]. However, there are three common mistakes that conspiracy theorists make. First, they presuppose a planned order where there is none. They see a centralized will and intention behind all events. They refuse to accept the reality of spontaneous order, endowing some group of people or individuals with the ability to perfectly foresee, plan, and execute. Second, conspiracy theories often exaggerate the effectiveness of power. Many examples show that governments are not as competent and rational as people think they are. Thirdly, what looks like a conspiracy can be explained much more simply – ignorance, clumsiness, or a simple mistake [Tucker, 2019].

Yet some politicians promote conspiracy theories because they need to find alternative ways to explain their failures. For conspiracy theories to be favorably received by society, it is necessary, first, to create national narratives about threats to national security. Second, if politicians cannot keep their internal struggles secret or when unexpected events occur, they are more likely to resort to conspiracy rhetoric [Radnitz, 2018].

So, conspiracy theories can be harmful to public health, security, conflict, and political stability. How can we reduce the appeal of conspiracy theories? Experts argue that a sense of power and control over one’s social environment reduces belief in conspiracy theories. Given this, the authorities can reduce conspiracy beliefs among the population by introducing the principles of social justice and transparency into decision-making processes [Van Prooijen, 2018]. In addition, the dissemination of scientific knowledge and facts, taking into account local cultures, group dynamics, and political systems, leads to a significant reduction in conspiracy beliefs.

Drążkiewicz, Elżbieta (2022). Study conspiracy theories with compassion. The societal forces that drive people to join a belief system matter more than the specifics of what they believe. Retrieved from https://www.nature.com/articles/d41586-022-00879-w. Accessed on 15.05.2022.

Georgacopoulos,  Christina (2020). Why we fall for conspiracies. Retrieved from https://faculty.lsu.edu/fakenews/about/rumors.php. Accessed on 15.05.2022.

Thorson, Emily A, (2013). “Belief echoes: The persistent effects of corrected misinformation”. Retrieved from https://repository.upenn.edu/dissertations/AAI3564225. Accessed on 15.05.2022.

Tucker, Jeffrey A. (2019). The three errors of conspiracy theory, even true ones. Retrieved from https://www.aier.org/article/the-three-errors-of-conspiracy-theory-even-true-ones/. Accessed on 16.05.2022.