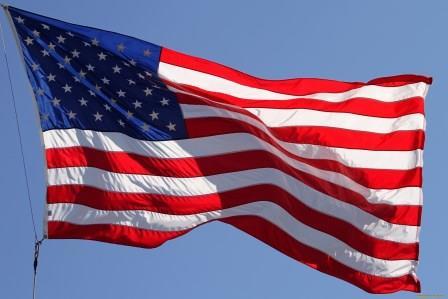 During a congressional subcommittee on June, 9, 2016, the U.S. State Department and the United States Agency for International Development (USAID) make the case for the department’s FY (Fiscal Year) 2017 budget, which requests $164.1 million for Central Asia. By requesting the budget, Daniel Rosenblum who is the Deputy Assistant Secretary for Central Asia at the U.S. Department of State declared two main national interests of the U.S. in the region such as (1) maintaining sovereignty and independence of Central Asian countries, and (2) promotion of regional stability, primarily by preventing the region from becoming a shelter for terrorists. When it comes to allocation of spending, Kyrgyzstan appears to be a key recipient as long as $ 51.8 million out of the budget is planned to allocate to this country. The next large amount of spending which is $ 41.6 million is planned to allocate to Tajikistan, while for Uzbekistan and Turkmenistan requests were made at $ 11.6 and $ 4.8 million respectively, and for Kazakhstan is $ 8.8 million. [1]

By now, the US has been assisting these countries through different development programs and has reached a significant progress. For example, the US has been largely contributing in Kazakhstan’s development since they started their cooperation in 1992. One of the primary steps taken by the USAID to assist the newly emerged country was the assistance to develop the country’s laws, regulations and infrastructure to establish capital markets. One of the main achievements of the USAID is the fact that since 2010 the country’s businesses have saved 530 million dollars a year thanks to reforms which abolished excessive requirements on business operations. Additionally, the USAID created a simplified customs system for the country which develops trade corridors between Central Asia and South Asia. [2]

In relation to Kyrgyz Republic, the USAID’s main achievements are the fact that the communication between citizens and members of parliament has been fostered due to the policy seminars, hearings and other public events. Currently, Kyrgyz Republic is considered as the only democratic country in the region according to the USAID. The USAID is working with all three branches of the government in order to strengthen processes and make them more effective. [3] Towards Uzbekistan, the USAID has also contributed to democratic development in the country since adoption of new regulations and laws on government transparency have been supported. Moreover, due to the development program, the aggregate value of Uzbekistan’s agriculture exports almost quadrupled between 2013 and 2014. [4]

The food security is one of the main achievements of the USAID in relation to Tajikistan, for example, since 2010 fifty six water users associations have been registered and established which provide about 100,000 framers with irrigation water. Moreover, since 2010 more than   27, 000 framers started to learn and know about their land use rights thanks to the USAID funded legal aid centers. [5] Whereas, Turkmenistan has received an assistance in health security, namely, between 2000 and 2013 the tuberculosis treatment success rated was increased to 32 %. Moreover, the USAID is contributing to the development of the next generation of the country as long as the USAID-developed market economics curriculum is applying to Turkmenistan’s national secondary educational system. [6]

According to the recent budget request for the region, the US emphasized the main problems of the countries in the region such as dependence on Russia’s economy and the lack of objective news and information, and its approach to deal with the problems are the development of resilient economies and strengthening the news media.

Specifically, Kyrgyzstan, Tajikistan and Uzbekistan stand at the high level of dependence on Russia’s economy according to the USAID. If we look at the budget allocation, the U.S gives a high priority exactly to these countries. Interestingly, the USAID does not highlight a similar problem in Kazakhstan, but it stresses the issue of (a) low level of access to objective news and information, and production of local content in the country. And, through the FY 2017 the USAID intends to collaborate with more than 50 NGOs and media outlets to tackle the aforementioned problem in Kazakhstan. [7] In addition, (b) the USAID intends to collaborate with the Supreme Court of Kazakhstan in order to assist with promotion of international best practices in civil and commercial law among judges. Moreover, (c) the issue of sustainable development was not forgotten as long as the USAID expressed its support to Kazakhstan in raising its renewable energy share from 3% to 10 % by 2030 by developing clean energy investment. [8] While in relation to Turkmenistan, the US continues to view the issue of governance as its main objective.

Given the fact that the news media has become one of the most influential instruments to affect public perception on understanding of local and world events, it can be argued that the promotion of objective news and information will play a central role in Kazakhstan’s development. Namely, it is able to help people understand the events based on different interpretation, and provides with different insights, and avoid biased sources of information. Moreover, the development of the local content gives an equal access for all citizens in acquiring the information. Also, the promotion of resilient economies in Tajikistan, Kyrgyz Republic and Uzbekistan will be of great significance to counter any external influence both politically and economically. In general, the development aids of the US are helping post-Soviet countries to follow their own independent path. Since in order to gain an independence, a country should not have only its sovereignty and territorial integrity, but also to follow the road of ‘development’ which allows a country to become economically independent.