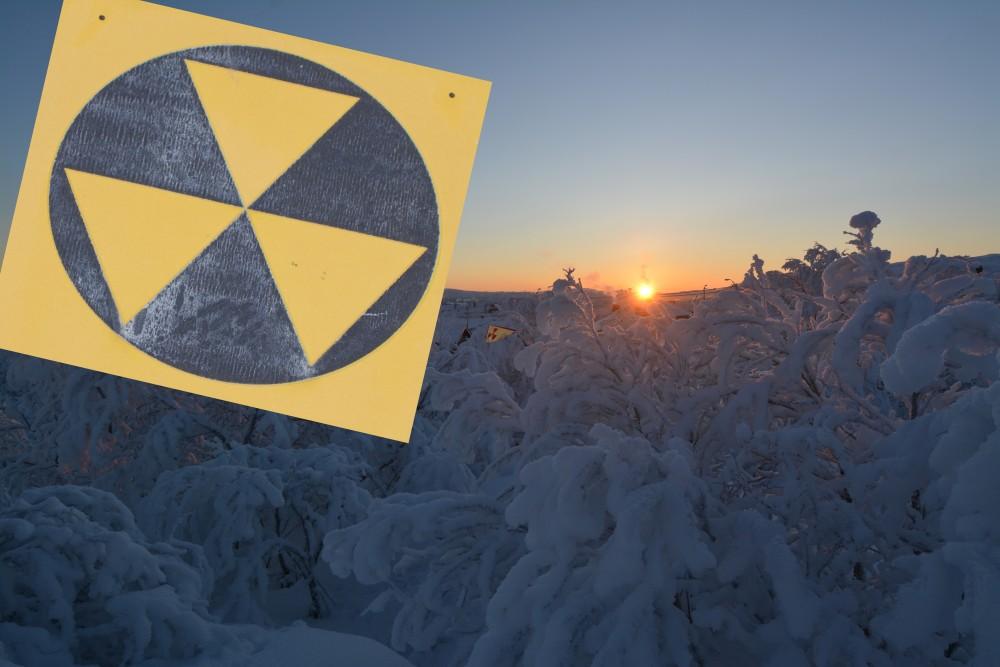 For over two months, a radioactive incident of unknown origin has been making the headlines in the European and Russian media. On October 8, 2017, Germany’s Federal Office for Radiation Protection and Federal Ministry for the Environment, Nature Conservation, Building and Nuclear Safety issued a joint statement reporting that since the end of September 2017 trace monitoring stations in several European countries had been recording slightly elevated levels of radioactivity in the atmosphere, which, however, did not pose a public health hazard. Based on their calculations, the German government agencies suggested that registered low concentrations of ruthenium-106 (Ru-106), a radioactive isotope of ruthenium, ranging from a few microbecquerels (micro-Bq) to a few millibecquerels (mBq) per cubic meter (m3) of air, might originate from a radioactive release in the southern Urals or other areas in southern Russia. At the same time, they ruled out an accident at a nuclear power plant as a possible cause due to the absence of other radioactive substances, such as isotopes of cesium, strontium or plutonium, in the air samples (BfS, 2017a; BfS, 2017b). These findings were supported by France’s Institute for Radiation Protection and Nuclear Safety (IRSN, 2017a).

Ruthenium is a chemical element with atomic number 44, a rare platinum-group transition metal, discovered by Carl Ernst Claus at the University of Kazan in 1844 and named after the Latinized name of ancient Russia, Ruthenia (Pitchkov, 1996). Its isotope Ru-106 does not occur naturally and forms as a result of uranium fission in nuclear reactors or during the reprocessing of nuclear fuel or waste, and in large quantities it increases a likelihood of cancerous diseases. The isotope is reportedly used as a radiation source in cancer therapy and in radioisotope thermoelectric generators (RTG) powering space satellites (Ghose, 2017).

On October 11, 2017, Rosatom, Russia’s State Atomic Energy Corporation, denied the Russian origin of the pollution calling the German side’s statement as baseless and claiming that all of its nuclear facilities, including the nuclear power plants, operated properly and that the radiation situation around them was within the norm. Rosatom referred to the data provided by the Russian Federal Service for Hydrometeorology and Environmental Monitoring (Roshydromet), which indicated no presence of Ru-106 on the territory of Russia, except for one measurement site in Saint Petersburg with a negligent concentration of 115.4 micro-Bq/m3, which is 10,000 times lower than the permissible level. Rosatom also cited the International Atomic Energy Agency’s (IAEA) data showing that in early October the highest concentrations of Ru-106 had been detected in Romania, Italy, and Ukriane – 145 mBq/m3, 54.3 mBq/m3, and 40 mBq/m3, respectively (AtomInfo.Ru, 2017). However, days later, allegations surfaced that a life-threatening radioactive incident had taken place at Rosatom’s Mayak nuclear reprocessing plant located in Ozersk, a closed town 80 km from Chelyabinsk. This buzz forced the Chelyabinsk Oblast authorities to state that Mayak was not the source of increased levels of Ru-106 (Kommersant, 2017). It is worth mentioning that Mayak is infamous for the September 1957 disaster, which is considered the world’s third worst nuclear accident after Chernobyl and Fukushima, when an explosion at the site caused massive radioactive fallout and contamination exposing thousands of people to high levels of radiation (Cellania, 2015).

On November 9, 2017, the above-mentioned French Institute for Radiation Protection and Nuclear Safety announced the results of its investigation based on the available meteorological data, weather patterns and simulations. Confirming the earlier conclusions by the German agencies, the institute identified the area between the Volga and the Urals (covering the territories of Russia and Kazakhstan) as the most plausible zone of the release, which supposedly took place in the last week of September. While the levels of Ru-106 recorded in Europe were found of no consequence for human health and the environment, the institute concluded that the estimated quantity of Ru-106 released in the affected zone was between 100 and 300 terabecquerels, which would result in highly dangerous levels of radiation. According to the institute, an accident of such magnitude in France would have required to take population protection measures within a few kilometers around a potential point of the release. The French experts suggested that Ru-106 had originated from a nuclear fuel cycle facility or radioactive source production, dismissing an assumption about an RTG-equipped satellite’s re-entry into the atmosphere after the IAEA concluded that no such satellite had fallen back on earth during this time period (IRSN, 2017b).

Following the publication of the French institute’s report, Kazakhstan was quick to refute its involvement in the incident, with Timur Zhantikin, the Deputy Chairman of the Energy Ministry’s Committee for Atomic and Energy Supervision and Control, saying that given the registered quantities of Ru-106 the release was more likely to take place in Europe rather than in Kazakhstan (AstanaTV, 2017). Scientists from the National Nuclear Center of Kazakhstan also insisted that the country’s nuclear facilities were operating accident-free and could not be the source of Ru-106 detected in Europe (Radio Azattyq, 2017). Later, Kazakhstan’s Energy Minister Kanat Bozumbayev has repeated the claim and announced that he ordered an additional survey of territories adjacent to Russia for the presence of Ru-106 (RIA Novosti, 2017a).

The relevant Russian government agencies initially refrained from commenting on the possibility of a radioactive incident on the Russian territory, but on November 20, 2017, some media outlets publicized a monitoring report that had appeared on Roshydromet’s website and disavowed, in fact, Rosatom’s October statement. The report acknowledged that the samples collected in late September-early October from the two meteorological stations in the southern Urals, close to Mayak, contained high concentrations of Ru-106 – 986 times higher compared to the previous measurements at the Argayash station and 440 times higher at the Novogorny station (Roshydromet, 2017a). In response, Greenpeace Russia suggested that the Ru-106 release could be related to the process of nuclear waste vitrification and announced that it would send a letter to the Public Prosecutor’s Office requesting an investigation into possible concealment of a radiation accident (Greenpeace Russia, 2017). The next day, claiming that it had made the report public as early as on October 12, 2017, Roshydromet stated that the recorded amounts of radioactivity were negligent and lower than in Europe. The agency accused the environmental organization in intentionally misinterpreting the monitoring data to raise its public profile for fundraising purposes and in being unable to work with available information (Roshydromet, 2017b).

In its turn, the Mayak Plant issued an official statement insisting that it was not the source of increased Ru-106 concentrations in the atmosphere as the facility had not produced any Ru-106 source in 2017 and had not been extracting this isotope from spent nuclear fuel for many years. According to the plant, Roshydromet’s data shows that the resulting radiation level was 20,000 times less than the permissible annual dose and posed no danger to human health (Mayak, 2017). Rosatom, Mayak’s parent organization, published a comment reiterating its previous points and expressing readiness to assist government agencies and public organizations in establishing real causes of the incident (Rosatom, 2017). On November 22, 2017, Rostechnadzor, the Federal Environmental, Industrial and Nuclear Supervision Service of Russia, reported it had inspected Mayak from October 26 to November 3 and found no traces of a radiation accident or violations that could have triggered the Ru-106 release (Rostechnadzor, 2017). Moreover, in late November-early December 2017, the interagency government commission conducted a thorough follow-up inspection of the nuclear plant and came to the similar conclusions. It is noteworthy that, despite the IAEA’s earlier statement, the commission regards a reentry burn-up of a satellite as a possible cause of the release (RIA Novosti, 2017b).

Thus, the origin of the Ru-106 release still remains unclear, though, apparently, it was not the result of a major nuclear accident that would have led to catastrophic consequences for the adjacent population and the environment. However, there are questions regarding the reaction of the Russian competent authorities which were for some time silent about or denying the presence of higher concentrations of Ru-106 in the air. It reminds the sad experience of the Chernobyl disaster when the Soviet government kept the neighboring countries and its own population in the dark for a long time about what had really happened.

IRSN. (2017b). Detection of ruthenium 106 in France and in Europe. Retrieved from http://www.irsn.fr/EN/newsroom/News/Documents/IRSN_Information-Report_Ru…. Accessed on 28.11.2017.

Ghose, Tia. (2017). Radioactive Cloud Originated in Russia: What Might Have Caused It? / Live Science. Retrieved from https://www.livescience.com/61000-whats-behind-european-radioactivity-cl…. Accessed on 27.11.2017.