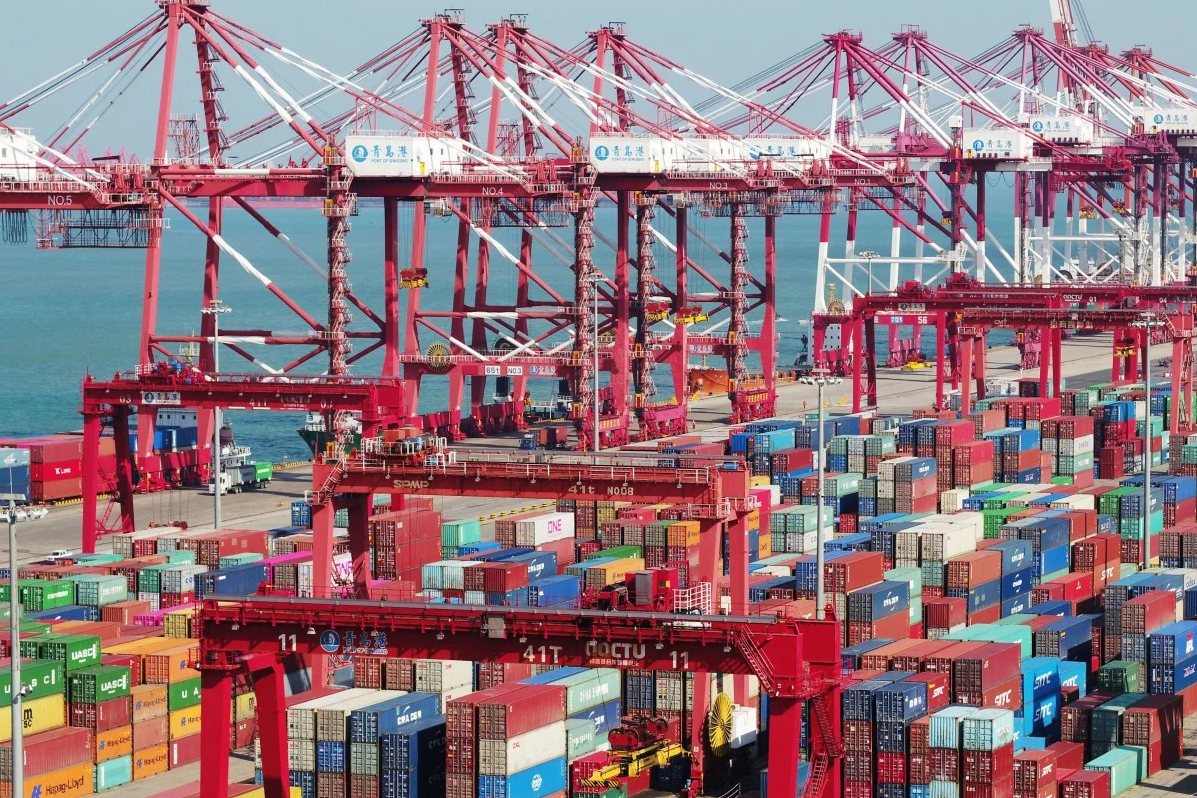 The United States (US) under President Donald Trump revised its foreign economic policy. Since 2018, the United States started its protectionist policy towards its biggest trade partner China. According to the International Trade Center data (ITC, 2020) in 2018, the bilateral trade between these countries equaled $683 billion, of which $120 billion and $563 billion were the US exports and imports, respectively.  Donald Trump significantly increased tariffs for China’s products and China retaliated. Many experts and analysts explain this problem by the US desire to contain China. This opinion became dominant in many regions and countries. However, there are important economic issues, which induced the US policymakers to conduct such kind of policy. This commentary aims to clarify the nature of the trade conflict based on economic causes.

The Figure 1 shows that China’s market was more protected initially for the US companies. Because of the trade war, in 2020 average US tariffs increased to 19.3% and covered the import worth $550 billion, while China’s average tariffs reached 20.3%. After several retaliations, China had to make a Phase-one trade deal, according to which it has to purchase additional $200 billion American goods and services before the end of 2021.

Bown and Lovely (2020) criticize the trade war claiming that tariffs raised prices and punished American consumers. They also negatively assess the Phase-one trade deal. The authors note that the major problem with the agreement is that it remained unchanged the existing China’s tariffs on the US products. It should be noted that during the trade war, China repeatedly retaliated against the US tariffs by increasing duties imposed on American companies and farmers, and lowered its tariffs toward exporters from the rest of the world. This policy put American producers at disadvantage. The authors note that this issue will strengthen China’s state-owned enterprises, which are in the concern list of America’s China policy. Indeed, this decision is one of the most controversial.

Hufbauer (2020) also points to the inability of the deal to reduce China’s tariffs and non-tariff barriers. China can reach its commitments only by resorting to Soviet-style managed trade importing a certain dollar or physical volumes of detailed goods and services, regardless of market prices or demand conditions. The author argues that this deal can harm other countries, as China may reduce imports from third countries in order to reach its commitments. Therefore, this deal violates international trade norms.

Source: The author’s compilation based on the data from Bown (2020)

Meltzer and Shenai (2019) distinguish following important economic reasons, which caused this trade conflict. Firstly, one of the most important factors are intellectual property theft and forced technology transfer. According to the US officials, such unfair trade practices of China threaten high wage jobs and high-value-added manufacturing in the US. Data shows that trade in counterfeit goods, pirated software, and trade secrets in China costs the US up to $600 billion annually. Moreover, these costs do not include additional costs to companies of protecting intellectual property, disincentives for investment, reduced innovation, and employment effects on the US skilled labor. Secondly, the economic model of China and its state-owned enterprises (SOE), which are controlled by the Chinese Communist Party. Use of SOEs, their access to subsidies, and limited rule of law in China support state companies within China and globally. Thirdly, protectionist policies conducted by China, which requires the global market to be opened for its companies, but reluctant to open its own market for the global business. China officially claims that it never violates its commitments, strongly supports multilateralism and open economic policy, and calls for mutually beneficial global cooperation. However, it continues to renege on its World Trade Organization (WTO) commitments, and its economic model, where the state controls both public and private businesses, makes it difficult to use the WTO and its dispute settlement system.

China’s exchange rate policy is also a challenge for its trade partners and competitors. Mattoo and Subramanian (2011) show that 17 of the 18 studies concluded that the renminbi is undervalued, and the average estimate of the undervaluation was 19% and higher. The authors argue that China via its undervalued exchange rate imposes an import tariff and export subsidy. There is a fear that China will gain even greater market share as a result of any trade liberalization in the Doha Round, and many industrial and developing countries start to protect their markets from China, which can be seen from increasing share of antidumping actions against China (as a share of their total actions). In a later study, Mattoo et al. (2017) show that China’s exchange rate changes can have significant and robust competitor country effects. In particular, a 10% appreciation of China’s real exchange rate boosts a developing country’s exports at the product level on average by about 1.5–2.5%. This means that by manipulating its exchange rate, China can significantly influence the global trade flows. The authors call for designing and implementing multilateral rules on exchange rate policies to manage and minimize the competitor country effects.

Thus, trade war is not a result of political containment, but a consequence of economic issues. It is important to note that China became a WTO member with the strong support from the United States. Bill Clinton, who endorsed China’s accession to the WTO, hoped that this would bring changes to the economy of China and with the opening, it would transform into the responsible player in the global economy. In fact, this did not happen. China’s market remains closed and it does not allow foreign companies to access its market. Therefore, the main consequence of the trade war will be in reshaping the global trade, in particular supply chains. The US administration constantly calls its companies back and implemented several economic reforms, including significant tax reductions. The offshoring made the US economy vulnerable and dependent on China’s supplies, which can be affected by political decisions and tensions. It is also likely that the US corporations will shift their production to other Asian economies, with which new trade agreements can be conducted or unilateral concessions will be provided. Moreover, it is expected that the WTO will also be reformed and its major norms will be revised.

Thus, what kind of lessons can developing/transition/poor economies learn from this trade war?

Trade partners of China  from developing world need to consider various conditions. On this point the first issue which comes to mind is the problems with property theft or forced technology transfer, however there are more important issues these countries or companies need to take into consideration. When developing countries deal with China’s state-owned enterprises or corporations, they should clearly understand that they will do business with the state. It should be noted that in advanced countries merger and acquisitions with China’s SOE or selling strategic resources to Chinese companies are prohibited due to national security concerns. The sensitive sectors include technology, robotics, mineral resources and others. Industrial policy of China can also significantly affect the industrialization process of other developing countries. For instance, China’s subsidies to its SOE may decrease the prices for its products, which put China’s trade partners at disadvantage. Moreover, this will distort investment decisions of the developing industrializing country. Therefore, it is important to conduct appropriate economic assessment of the potential benefits and costs of dealing with China. Any kind of economic policy towards China should be assessed using both qualitative and quantitative methodology and by different independent researchers or research institutes. It is crucial to understand what economic forces make China’s products cheaper or more competitive on the regional and global markets. Finally, if developing countries are going to open their markets to China (via preferential trade agreements), they should assess how China is open for those countries. There is no need in unilateral concessions, and countries should negotiate mutual market liberalization. Moreover, dispute settlement should be based on the WTO norms taking into account China’s economic weight. Thus, the US-China trade war was caused not only by politics, but also by important and sensitive economic issues. Learning the lessons of this conflict can help developing countries to form appropriate economic policy towards China.