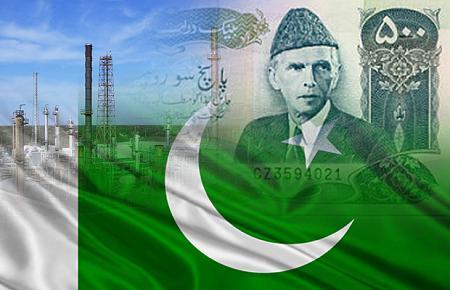 Pakistan has an important geographical position for Central Asia. Not only the geographical position but also the common social and religion ties between Pakistan and most of the other Central Asian countries have been important factors that help Pakistan to increase collaboration with the other region countries. However, like most of the region countries, Pakistan has been suffering from political instability, economic instability, poor legislative progress and the lack of transport infr

One of the most important obstacle for Pakistan is economic instability. Especially due to the restrictive effects of the global crisis on all world countries, Pakistan has faced with an economic slowdown whose effects were severely felt in domestic economy especially in 2014-2015 period. Real GDP growth is 4.2% in 2015 and it is expected to be increased to 4.5% in 2016. In 2015 positive developments in Pakistan economy are mainly based on improvement in services sector which has 54% share in GDP. However industrial growth which has a share of 21.6% in GDP reduced to 3.3% due to a slowdown in large-scale manufacturing as a result of power shortages and weaker external demand. But positive developments in the small-scale manufacturing and construction sectors contributed to the industrial growth by 3.6%. Agriculture sector which has the share of 25.3% in GDP grew at 2.9% in 2015. Due to energy shortages and weak business environment, the share of private investment in GDP reduced from 10% in 2014 to 9.7% in 2015 (Asian Development Bank, 2015). On the other hand, in April 2015, due to the announcement of the planning of the establishment of an economic corridor that aims to connect Kashgar in China to the port of Gwadar in Pakistan, both private investments and growth is expected to boost in the following years.

Regarding the monetary indicators, inflation rate sharply declined from 8.8% in 2014 to 4.5% in 2015 according to the data by the Asian Development Bank. In terms of consumer price index, inflation for both food and other items significantly decreased in 2014-2015 period.  However, inflation rate is expected to increase slightly in 2016 to 5.1% due to the positive expectations on the recovery of oil prices recover. But this slight increase in inflation rate may be caused by higher food prices due to possible supply shortages following floods in July 2015. On the other hand, monetary policy is expected to remain stable. As for the current account deficit, it reduced from 1.3% in 2014 to 1% in 2015. Lower oil imports, which constitute 35% of total imports in 2015 and high remittances are the main reasons for this reduction. However, the current account deficit is expected to increase to 1.3% in 2016 due to stronger growth in the advanced countries in the region. On the other hand, exports are expected to increase slightly, because as a result of restrictive effects of the global crisis in the last two years the manufacturing sector has still been suffering from energy shortages (Government of Pakistan, Ministry of Finance, 2015).

Regarding the public sector indicators, general government gross debt to GDP was 63.7% in 2014 which is high compared to most of the region countries. Public deficit (measured as general government net borrowing) to GDP ratio was also high in 2013 (8.1%) and reduced to 4.7% in 2014 which was still high. During the period 2014-2015, the government continued to implement fiscal discipline strategy which helped to reduce fiscal deficit to 4%. In this regard, the share of total expenditures in GDP were reduced from 20% in 2014 to 19.4% in 2015 and the share of total revenues in GDP remained at 14.5% in 2015. The amount of tax revenues in total revenues also increased in 2015. The share of tax revenues in GDP increased from 10.2% in 2014 to 11.5% in 2015 mostly due to the improvement of the government’s commitment to create fiscal buffer through raising tax revenues and implementing expenditure management strategy (Global Finance, 2015). Although facing some problems due to political conflicts followed by security related operations, legal challenges to privatization, taxation and energy sector reforms, the government achieved to implement prudent fiscal policies through a confidential expenditure management strategy and revenue increasing measures in 2015.

The economic policies which were implemented during the process also included specific measures to enhance economic development together with fiscal improvement such as implementing Public Sector Enterprise (PSE’s) reforms, power sector reforms and implementing fiscal reforms. Public sector enterprise reforms aimed to improve corporate governance, restructuring PSE’s through privatization. Also ‘The Public Sector Companies Rules 2013’ which clarify the roles of different companies involved in the management of PSE’s was approved by the Government to institutionalize corporate governance initiatives for PSE’s. Also a comprehensive Railway restructuring plan which envisages improvements in governance, service delivery, financial management and investment planning. PSE’s reforms include short, medium and long term goals to be achieved during the reform process. Power sector reforms mostly include the implementation of National Power Policy 2013-18, rationalizing tariffs, operationalization of Central Power Purchase Authority (CPPA) and improving power sector fuel mix. The implementation of National Power Policy 2013-18 has focused on improved governance structure, supportive legal framework, financial stability and promoting private sector participation. Also tariffs were rationalized to reduce costs. As the system needs an efficient financial manager, it is essential for CPPA to be operationalized. Also improving power sector fuel mix to reduce the price and improve financial viability is important. With these reforms potentials of renewable energy sources such as wind, nuclear and solar and other energy sources such as coal will be planned to increase in the medium term.  All these power sector reforms actually aim to improve energy mix in Pakistan by reducing the country’s dependence to oil for power generation. Lastly, implementing fiscal reforms include broadening tax base, withdrawal of exemptions, facilitating tax payers to pay taxes by automation of systems, strengthening tax audit by introducing the integrated tax management system (ITMS) and improving Human Resources Management (HRM) by implementing major structural initiatives (Government of Pakistan, Ministry of Finance, 2015).

On the other hand, Pakistan has been trying to enhance its relations with both region countries and the international organizations. For example, recently, the United Nations accepted Pakistan’s request to access the Customs Convention on International Transport of Goods (TIR Convention) which is expected to be enforced by January, 2016. This Convention involves tax and custom duty free transactions that will be applied to the traffic-in-transit of the goods across the border. TIR Convention which has been implementing among 68 states and the European Union since 1978 provides a framework of free trade within the Economic Cooperation Organization (ECO) states. However, before this agreement was made, all ECO states had acceded to the TIR convention except Pakistan. TIR Convention is expected to bring new opportunities for Pakistan to enhance its trade with Afghanistan, Central Asian States and with the European countries (Brohi, 2015). Because the lack of transport infrastructure is one of the most important obstacles for Pakistan to improve its trade relations with the other countries, this Convention will help to solve this problem. The China-Pakistan Economic Corridor (CPEC) project is also expected to bring big opportunities for both Pakistan and the Central Asian countries in the area of economics and transportation (Indrawati, 2015).

A successful implementation of the China-Pakistan Economic Corridor project could have an important effect in the region both for Pakistan and other region countries. Also in spite of the fact that the security situation seems remain volatile, the security forces have made progress in reducing the number of terrorist attacks in 2015 (EIU, 2015) which increases hopes for Pakistan to implement new policies for economic growth in a more secure environment. However, Pakistan has already planned to be connected with Central Asia via Termez, the southern city of Uzbekistan.

With all the cooperation facilities mentioned above, the bilateral relations between Pakistan and other countries will be strengthened and the economic and the trade cooperation will be increased in various fields such as engineering, infrastructure, and agriculture. Besides, various agreements (Memorandum of Understanding) were signed between Pakistan and other region countries which focus on defense, strategic research, and trade development. On the other hand, the Government of Pakistan has been implementing various structural reforms to enhance the economic performance of the country. When the results of these reforms can be seen in near future (in case of not facing any security problems), Pakistan may find a great chance to achieve a relatively high economic growth rate and development level and increase its infrastructural investments to make a step towards being one of the growing economies in the region.

*To be publish in the February 2016 No. 2 issue of the “Asya Avrupa: Haber-Yorum” journal.