Back to European Integration: Resetting the Foreign Policy Priorities of Moldova 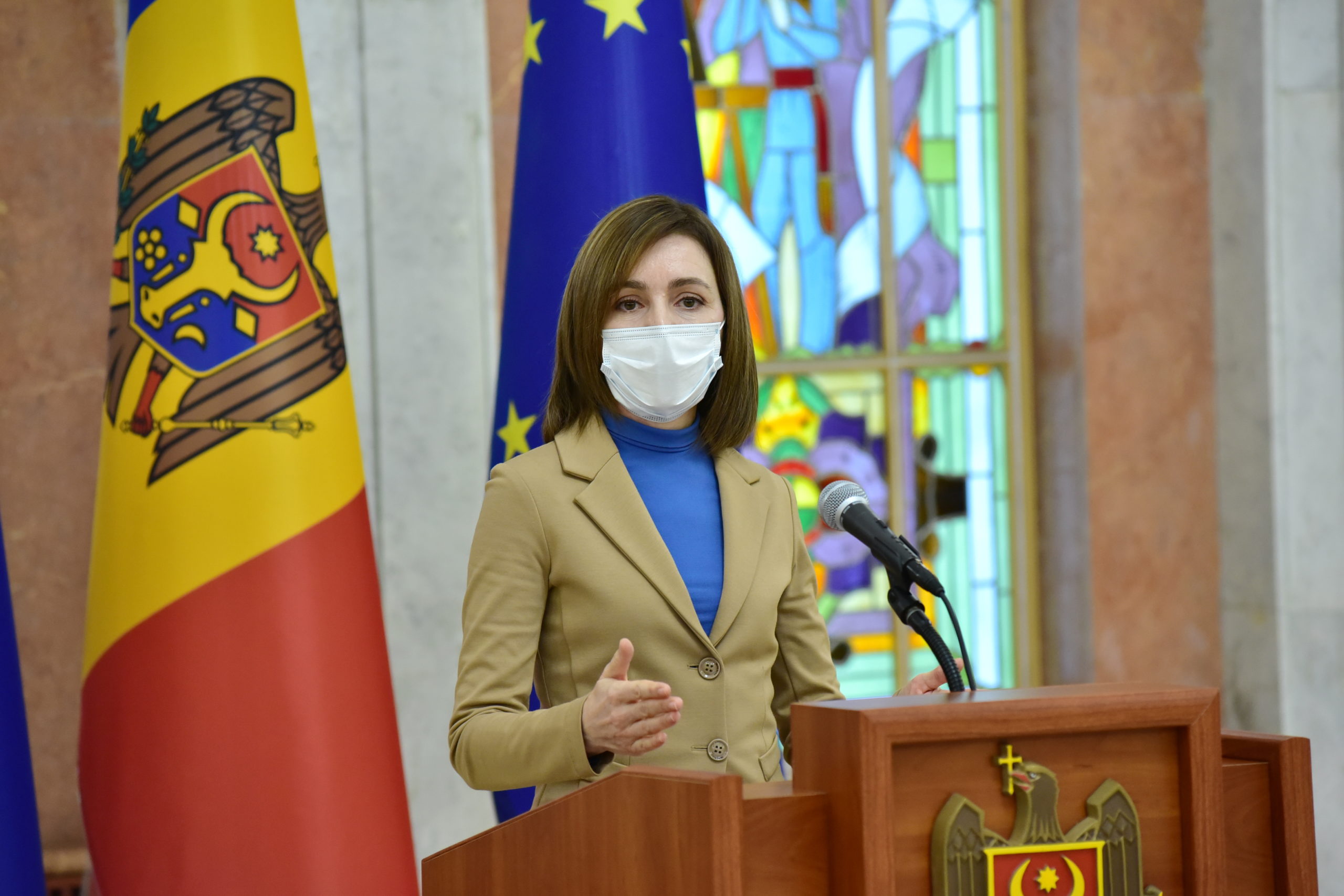 The election of Maia Sandu as the President of Moldova on November 15, 2020, led to drastic changes in Moldovan politics and its foreign policy. As she had declared earlier, the new President of Moldova started to take actions aimed at intensification of the European integration of Moldova since she took the office on 24 December 2020. This marked a turning point in the country’s foreign policy, which from 2016 to 2020 under the presidency of Igor Dodon has relied heavily on a close partnership with Russia. Within a very short period into her presidency, Maia Sandu managed to make significant progress in turning the foreign policy of Moldova towards the West.

The President of Romania Klaus Iohannis became the first foreign leader to visit Moldova during the presidential term of Maia Sandu. On December 29 of 2021, Romanian President Iohannis arrived in Chisinau where the two presidents signed a declaration consolidating the Moldovan-Romanian strategic partnership. The meeting took place in a warm and friendly atmosphere imbued with the spirit of brotherhood of the two nations. The statement reaffirms the special bilateral relationship on the tenth anniversary of the signing of the Strategic Partnership for European Integration of the Republic of Moldova, as well as Moldova’s commitment to follow the European path and to implement the necessary reforms in this regard [Digi24.ro, 2021]. President Iohannis also said that Romania would donate 200.000 doses of the Pfizer-BioNTech COVID-19 vaccine, offered to Moldova as a sign of solidarity [Reuters.com, 2021].

On January 12 Maia Sandu paid an official visit to Ukraine, which became the first official visit of the new President of Moldova and also the first visit of Moldovan head of state to Ukraine since 2015. Interestingly, the previous president has visited neither Ukraine nor Romania during his four-year presidential term and relations with the two neighboring countries were not prioritized. The Ex-president Dodon made it clear from the very beginning of his term in 2016 that he would take a pro-Russian stance declaring that he recognized Crimea as part of Russia during his electoral campaign in 2016 [Rferl.org, 2016]. He also denied to admit Russian involvement in the conflict in eastern regions of Ukraine [Eurointegration.com.ua, 2017]. With such declared views, Ex-president Dodon definitely could not count on good relations with Ukraine. The relations with Romania were also in decline during the presidential term of Igor Dodon, who viewed the Romanian factor as a threat to Moldova. For instance, in January 2017, he signed a presidential decree depriving the former President of Romania Traian Basescu of his Moldovan citizenship. This was understood by many as an illustrative manifestation of his negative attitude towards Moldova’s western neighbor. Therefore, to make it clear that Moldova is resetting its foreign policy, especially regarding the relations with its two neighboring countries, Maia Sandu needed to take decisive and indicative actions.

First of all, the fact that the new president of Moldova declared that she would first start settling new relations with the two neighboring states had a symbolic meaning of rearranging the foreign policy priorities. The visit of President Sandu to Ukraine was highly productive. The two leaders signed documents that enhance cooperation in numerous issues in bilateral trade, energy, transportation, and connectivity between the two countries. President Zelensky thanked Maia Sandu for recognizing Crimea as part of Ukraine. He also firmly support the sovereignty and territorial integrity of Moldova within the framework of its international legal borders. President Sandu also invited her Ukrainian counterpart to pay an official visit to Moldova, which would further strengthen the bilateral cooperation [Newsmaker.md, 2021]. At the same time, Maia Sandu was invited by President Iohannis to visit Romania [Stiri.md, 2020] during the meeting of the two leaders. The friendly attitude and determination of Moldova to reset its relations with its immediate neighborhood indicate that it will build strong comprehensive cooperation with Romania and Ukraine shortly at the expense of its ties with Russia.

Secondly, President Maia Sandu is being very coherent by re-embarking on the European integration. One of the key points in the agenda discussed by the Presidents of Moldova and Ukraine during the visit of President Maia Sandu to Kiev was the European Integration. A separate part of the negotiations was devoted to the issue of Ukraine and Moldova’s integration into the EU. The heads of states reaffirmed their common desire to step up the implementation of European integration programs. Vladimir Zelenskiy has stated that membership in the European Union was a strategic goal of the two countries and that Ukraine and Moldova were united by common values ​​and positions on key issues of the common European agenda and regional security [Ukrinform.ru, 2021]. Shortly after she visited Ukraine, President Sandu went to Brussels, where she met with high-ranking European officials and heads of key European institutions. Although the sides discussed a very wide range of issues, the real purpose of this visit could be summarized as the willingness of Moldova to show its readiness to cooperate with the EU. Thus, during talks with the High Representative of the EU for Foreign Affairs and Security Policy Joseph Borrell, she reiterated that Moldova wanted to intensify cooperation with the EU in the fields of foreign policy as well as national and regional security [Noi.md, 2021].

Recently, the Ministers of Foreign Affairs of Moldova, Ukraine, and Georgia addressed a joint letter to the EU High Representative Joseph Borrell, EU Commissioner for Neighborhood and Enlargement Oliver Varhelyi, and Foreign Ministers of the EU member states. The authors of the letter asked for the creation of a new, long-term strategy that would allow deeper cooperation between the EU and its new associated partners in various fields envisaged in the Association Agreement, including energy, justice, health, and strategic communications [Civil.ge, 2021]. The Ministers also called for cooperation in the security and defense fields, asking the EU to increase its role in conflict resolution. This point can be interpreted as a call for assistance in confrontation with Russia because all three states (Georgia, Ukraine, and Moldova) currently have unresolved conflicts and territorial disputes with Russian involvement. The fact that this letter was addressed shortly after President Sandu took the office shows the determination of the new Moldovan President and the significance of the role of Moldova among the most active members of the Eastern Partnership initiative. In this regard, the recent sharp deterioration of the relations between the EU and Russia can be a window of opportunity for reinforcing existing efforts to find the right approach to encourage the EU to take actions that would favor the members of the Eastern Partnership.

Within a short period of time Moldova has taken firm steps towards re-establishing the European integration in its foreign policy agenda restoring friendly relations with its key partners without damaging its economic ties with Russia. Despite four years of freezing the Euro-integration processes, Moldova has made much more progress than most other members of the Eastern Partnership initiative have. Further realization of Moldova’s European aspirations will depend on implementation of deep reforms and also on the outcome of the Parliamentary Elections of 2021.

Digi24.ro (2021). How Klaus Iohannis was received in the Republic of Moldova. The first images from the meeting with Maia Sandu. Retrieved from https://www.digi24.ro/stiri/actualitate/politica/cum-a-fost-primit-klaus-iohannis-in-republica-moldova-primele-imagini-de-la-intalnirea-cu-maia-sandu-1425418. Accessed on 19.02.2021.

Newsmaker.md (2021). What did Maia Sandu get after meeting Zelesky? The main statements briefly. Retrieved from https://newsmaker.md/ro/rezultatul-intalnirii-dintre-sandu-si-zelenski-principalele-declaratii-pe-scurt/. Accessed on 19.02.2021.

Stirileprotv.ro (2020). Klaus Iohannis in Chisinau. Romania is helping the Republic of Moldova with 200,000 doses of Covid vaccine. Retrieved from https://stirileprotv.ro/stiri/politic/presedintele-klaus-iohannis-ajunge-marti-in-chisinau-intr-o-vizita-oficiala.html. Accessed on 20.02.2021.