Belarus and its Strategic Allies 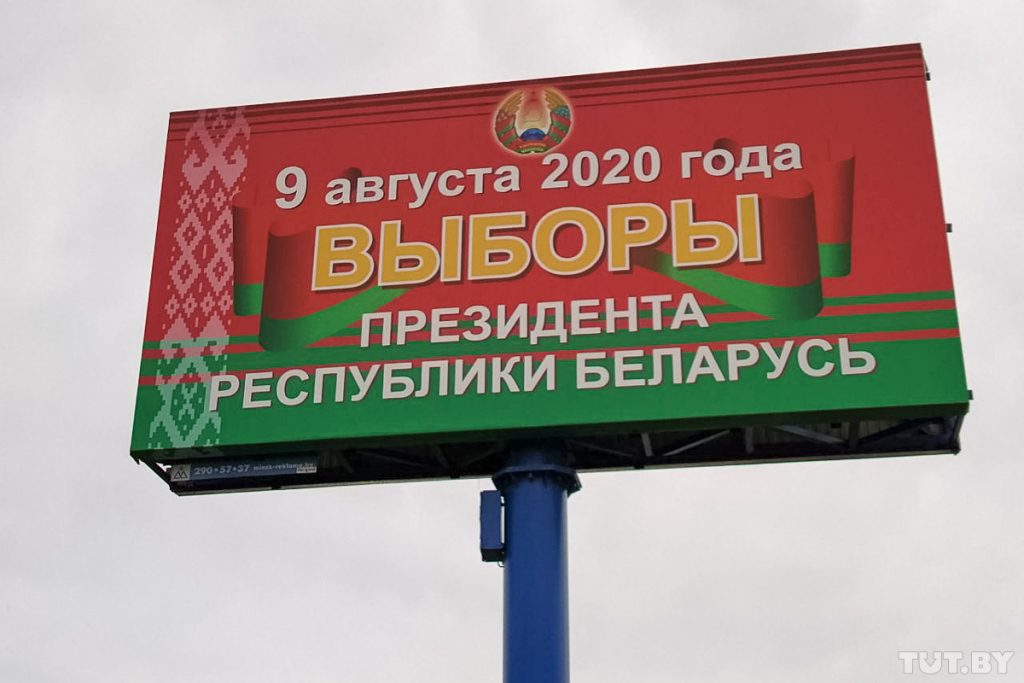 The presidential election in Belarus caused countrywide mass protests due to claims of fraud. The excessive state response and repressions towards protesters drew criticism in the Western countries, mainly those that refused to recognize Alexander Lukashenko as president. The United States and the European Union (EU) called for economic sanctions. Only a few global leaders congratulated Lukashenko for being re-elected     . Russia and China recognized the results of the election      and supported the course of Lukashenko. China’s leader Xi Jinping was the first president who sent his congratulations to the “newly” elected president. Vladimir Putin      in several interviews announced that Russia, if needed, could assist Lukashenko to handle the current political crisis. Therefore, this commentary aims to show economic ties of Belarus with its strategic allies such as Russia and China.

Trade is an important factor, which connects countries and builds strong ties between certain industries. Russia plays an important role for Belarus both in export and import terms. Calculations based on the International Trade Centre (2020) data show that since 2001 the share of Russia in Belarus’ total exports has been decreasing     . While           it equaled 53.2% in 2001,      it decreased to 38.2% in 2018. The s     hare of Russia in Belarus’ total imports remains significant despite some reduction. This indicator decreased from 65.5% in 2001 to 58.4% in 2018. Belarus’ imports from Russia far exceeds its exports. In 2018, its exports amounted to $12.9 billion, while its imports were equal to $22.4 billion. As a result, trade balance of Belarus with Russia      is negative and      was minus $9.5 billion in 2018. China, in turn, remains an insignificant export market for Belarus and its share never exceeded 3% since the early 2000     s. However, China gained importance as Belarus’ imports partner. While           its share was low and equaled 0.5% in 2001,      it increased to 7.8% in 2018. According to the      2018 statistics, Belarus exported to China goods worth $476.4 million, while its imports exceeded $3 billion. Consequently, trade balance of Belarus with China was minus $2.5 billion.      Thus, China’s supplies to the market of Belarus have increased significantly over the past two decades.

Russia is an important investor for Belarus. According to data from the National Bank of Belarus (2020), by January 1, 2020, its investment in Belarus’ economy exceeded $4.5 billion and its share in Belarus’ total foreign direct investments was 31.5%. However, nine years earlier, by January 1, 2011, its investments were higher and amounted almost to $5.9 billion with the corresponding share equaling to 59.3%. China’s share in total investments increased from 0.2%      by 2011      to 3.1%      by 2020     . Another important source of foreign direct investments for Belarus is Cyprus, the share of which by January 1, 2020 was 16.3%. However, some sources claim that these funds actually belong to Russian business, but come through Cyprus [Tkachev, 2020]. Thus, Russia remains the top source of investment for Belarus. China’s investment increased substantially for the last decade, but its share is still insignificant.

The e     lection-related political crisi     s has      had a significant impact on economic performance of the country. Many important enterprises announced boycotts and stopped their activity. As a result, due to economic losses caused by political turbulence and consequences of the pandemic’s negative shocks, Belarus started to borrow from different sources. Authorities of Belarus plan to borrow from the OPEC Fund by      signing a $20-million loan agreement in September 2020. The government will use this loan to compensate Belarus’ budget expenditure on      fighting consequences of the pandemic. The OPEC Fund announced that it was ready to lend Belarus up to $100 million. To mitigate negative economic shocks, Belarus is also working to attract funds from the European Investment Bank and previously it borrowed €90 million from the World Bank [BelTA, 2020].

Russia and China are the main sources of foreign loans for Belarus. By the end of the 1st quarter of 2020, Russia’s credits to Belarus, which were      equal to $7.92 billion, accounted for 48% of Belarus’ total foreign debt. At the same time, China, the second creditor after Russia, lent to Belarus $3.3 billion [Tkachev, 2020]. Minsk      tried to reduce its dependence on Moscow      and considered Beijing      as an alternative source of loans. In 2019, China agreed to provide a $500 million loan to Belarus when Russia refused to lend $600 million [TASS, 2019]. However, the ongoing crisis increased Lukashenko’s dependence on Russia. Recently, he visited Russia and had a meeting with Vladimir Putin, where the latter announced that Belarus would obtain a state credit amounting to $1.5 billion. President Putin hopes that this news will have a positive effect on the financial markets. The presidents agreed to normalize bilateral trade, which had fallen by more than 21% due to the pandemic [TASS, 2020].

Russia is not only a top trade and investment partner of Belarus, but also an important source of subsidies. It provides Belarus with fuels at discounted prices. In September 2016, the International Monetary Fund estimated that Russia’s total support to Belarus’ economy during 2005-2015 equaled $106 billion, or almost $9.7 billion a year. In different years, Russia’s net support varied from 11% to 27% of Belarus’ GDP. According to Russian experts, the total volume of Russia’s subsidies during 2001-2016 was equal to $100 billion, of which $49.4 billion and $46.9 billion were natural gas and oil subsidies, respectively. Experts claim that this financial and economic aid was the price Russia paid for political loyalty of Belarus [Tkachev and Fei     nberg, 2017].

China’s growing interests in Belarus are connected with its implementation of the Belt and Road I     nitiative (BRI). China considers Belarus as the gateway to Europe and develops the Great Stone Industrial Park near Minsk, which Xi Jinping once called the “pearl” of the BRI. This park is China’s largest overseas development project, with an area of 112 square kilometers, the capacity to accommodate 200,000      workers and the presence of      China’s largest corporations such as Huawei and ZTE [Carlson, 2020]. However, Belarus’ potential role in China’s projects can cause contradictions between Moscow and Beijing. Before Belarus, China considered Ukraine as a potential hub for its infrastructural projects     , but the political and military developments      in and around Ukraine adjusted China’s plans. The e     vidence shows that China’s policy aims to push countries located between China and the      EU      to deepen interaction      with Brussels. It achieves successful cooperation with countries, which have association or free trade agreements with the EU. It also expands      its ties with potential members of the EU. It is important to note that while Russia strongly opposed Ukraine signing the EU association agreement in 2013, China urged Kiev to do so [Simes, 2019].

Thus, Russia plays a key role in Belarus’ economy. It remains a top trade and investment partner, which provides Belarus with substantial subsidies. As noted above, t     his aid from Russia was a price of Belarus’ loyalty. Under the ongoing situation, Moscow will revise its policy      since      it is concerned      not about Lukashenko’s future, but the future of Belarus as a pro-Russia country. As long as protests do      not pose threats to Russian strategic interests, the possibility of its interference in internal affairs of Belarus will be low [Deutsche Welle, 2020].

On the other hand, t     he current situation in Belarus poses a threat to China’s investments and future of its infrastructural projects. Possible EU economic sanctions on Belarus      can make China revise its policy towards Belarus as it was      the case with      Ukraine. Therefore, Lukashenko’s long-     term presidency is costly for China’s BRI.

It appears that      the current situation will make Belarus’ economy even more dependent on Russia. Minsk’s h     igher dependence on Moscow      can deepen integration within the Union State of Russia and Belarus, revive talks about a common currency and improve positions of Russian business, mainly state-owned corporations, in Belarus. It remains uncertain how long Russia will support Lukashenko. However, the economic ties between the two countries will shape the political future of Belarus      even after Lukashenko.

National Bank of Belarus (2020). Foreign Direct Investment in Belarus by countries. Retrieved from https://www.nbrb.by/statistics/foreigndirectinvestments/domestic/coutries.xlsx. Accessed on 24.09.2020.

Simes, Dimitri (2019). Belarus buddies up with China as an alternative to Russia. Retrieved from https://asia.nikkei.com/Spotlight/Asia-Insight/Belarus-buddies-up-with-China-as-an-alternative-to-Russia.      Accessed on 24.09.2020.