Energy Investments in Kazakhstan: Plans for 2016 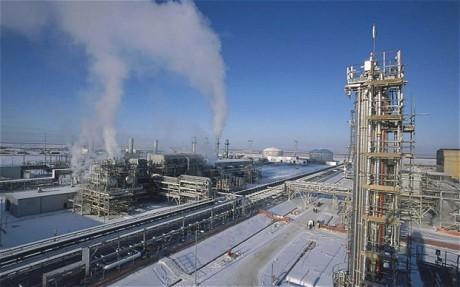 The economy of Kazakhstan faced with the challenge of adjusting to the oil price shock in 2015. With the oil price forecast of 40 dollar per barrel, the real economic growth rate is expected to be 2.1% in 2016. However, since 2015 the Government of Kazakhstan has been implementing a series of structural reforms in order to keep the economic indicators in balance and to increase energy investments in the country. The main purpose of these reforms are to increase economic growth rate by increasing real investments, especially in the energy sector.

With this purpose, the Government of Kazakhstan has implemented “100 Concrete Steps, a Modern State for All” Program having 5 major pillars of the institutional reform such as (i) professionalizing public administration, (ii) enforcing the rule of law, (iii) increasing state transparency and accountability, (iv) fostering economic diversification and growth, and (v) uniting the nation. On the other hand, the long-term development strategy “Kazakhstan 2050,” which aims to transform Kazakhstan into a knowledge-based diversified economy driven by the private sector, also has 3 major pillars of economic development such as strengthening institutions by the implementation of the “100 Steps” Program, improving physical infrastructure by the implementation of the Nurly Zhol Development Program and raising the quality of human capital. All these initiatives have the aim to improve Kazakhstan economy and increase economic growth and development rate in the country by enhancing energy investments. The main reason to emphasize the role of energy investments in these pillars is that these investments play a key role in economic development of the country, which has a strategical location regarding the energy resources in the region (Asian Development Bank, 2016).

In 2015 Kazakhstan produced 79.5 million tons oil including gas condensate which is 1.7% less than 2014. Gasoline production also fell by 4.9%, which amounts to 2.9 million tons, in 2015. Oil production is expected to decline by 60,000 per day to average 1.53 million barrels per day in 2016. In other words, it is expected to reduce to 77 million tons in 2016, compared to 79.5 million tons in 2015. Kazakhstan produces oil from mainly Karachaganak and Tengiz oil fields. Karachaganak field is one of the world’s biggest oil fields with oil and condensate reserves of 1.2 billion tons and gas reserves of 1.35 trillion cubic meters. Currently, nearly 45% of gas and 16% of all liquid hydrocarbons are extracted from Karachaganak oil field (The Embassy of the Netherlands in Kazakhstan, 2016:6). According to the Ministry of Energy, 12 billion dollars will be invested into the Karachaganak expansion project in western Kazakhstan in order to increase oil production. Tengiz field is also one of the biggest oil fields in the world with estimated reserves amounted to 3 billion tons. In another oil field, Kashagan which is located in the north of the Caspian Sea, oil production facilities were started in 2013 but due to a gas leak appeared from the ground pipeline streaching from the Island D to the Bolashak plant, the operations were suspended and are expected to start in late 2016 (The Embassy of the Netherlands in Kazakhstan, 2016:6).

On the other hand, gas production in Kazakhstan increased by 5.2% in 2015 compared to 45.713 billion cubic meters in 2014. In this sense, the Ministry of Energy has been working on state policy in the oil and gas sector, transportation of hydrocarbons, electric energy and development of renewable energy sources and planning to increase production facilities. For example; the Kazakhstan 2050 Strategy features important plans and actions to be implemented in order to keep modernizing and diversifying the country carbon-reliant economy. One of the top priorities of the Government to enhance energy investments is to accelerate the modernization process of 3 refineries located in Atyrau, Pavlodar and Shymkent. These refineries will be modernized Under the State Program of Accelerated Industrial and Innovative Development with the aim of providing high quality diesel fuel and gasoline for domestic markets. It is planned to finish the process of the establishment of plants that will enable raw material processing and launch the production of E-4 and E-5 ecological class fuel by the end of 2017 (Uatkhanov, 2016).

Increasing the production of gas will also have significant importance in energy investments in 2016. Both the gas production and the stability of gas supply system is planned to improve by the Ministry of Energy. The construction of the third line of the main gas pipeline, which starts in Turkmenistan and passes through Uzbekistan and Kazakhstan to China, is planned to be completed by 2017. The construction works at the Beineu-Bozoi gas pipeline is also expected to finish in 2017. We should emphasize that the construction of these pipelines will have a significant effect to diversify export routes of gas to China and ensure the security of energy supply in Kazakhstan by transporting gas from the western region of the country to the southern regions (Uatkhanov, 2016).

Besides, Kazakhstan is one of the most attractive markets for renewable energy and is actively developing its legislation framework to enhance its renewable potentials. Kazakhstan is the first country in Central Asia, which adopted the feed-in tariffs for renewable energy facilities. Regarding the adopted legislation in this field, the first solar power plant in Kazakhstan is already in operation, and approximately 28 solar energy projects are planned to put in operation until the end of 2020. The Government of Kazakhstan has been planning to spend an average 3.2 billion dollars a year in order to achieve its green goals by 2050 and to cut significantly carbon emissions. The wind power energy is also growing, for example, various fully permitted and ready to build projects will be accepted in 2016. Besides, first MW size wind power plants have been launched into commercial operation and a number of wind projects are progressing in different stages of permitting process. Regarding the institutional framework, feed-in tariff for wind energy was legally accepted in 2014 and since then, wind power market in Kazakhstan can have the advantage of feed-in tariff system (American Chamber of Commerce in Kazakhstan, 2016). Up to ten renewable energy plants are planned to launch in 2016, the biggest of which is a 53.75 kilowatt wind power station in Kordai district of Zhambyl region. The hydroelectric power also is expected to develop with the construction of small hydropower plants that can use the significant hydropower capacity of the country rivers. On the other hand, Balkhash thermal electric power station will be constructed and existing power stations will be reconstructed by the end of 2016. As modernizing the energy infrastructure is regarded as a major priority for the Government in 2016, the construction of KEGOC with 500 kilowatt power line from northern parts of Kazakhstan to southern parts (via Nurly Zhol Program) is planned to be complete by the end of 2016 (Uatkhanov, 2016).

We should conclude that Kazakhstan has been showing a great performance both in forming an institutional framework for energy investments and making long term programs to increase the production of energy resources mainly oil and natural gas. By implementing robust and concrete energy policies, the Government of Kazakhstan can achieve the purpose of reaching a considerably high economic growth and development rate by accelerating energy investments.

The Embassy of the Netherlands in Kazakhstan (2016); Special Energy ıssue on Kazakhstan, January, http://kazakhstan.nlembassy.org/binaries/content/assets/postenweb/k/kazachstan/embassy-of-the-netherlands-in-astana-and-almaty/energy-issue/2016/energyissuejanuary2016.pdf

Uatkhanov, Yerbolat (2016); Kazakhstan in 2016: Edge Takes a Look at the Kazakh Year to Come, http://www.edgekz.com/kazakhstan-in-2016-edge-takes-a-look-at-the-kazakh-year-to-come/