On the Eve of the V Caspian Summit in Astana 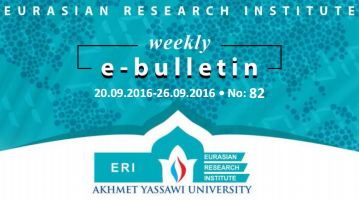 Current geopolitical situation in the Caspian region clearly demonstrates the necessity for searching a mutually acceptable solution regarding both establishment of the new legal status and determination of the regime of use of the Caspian Sea. For more than two decades, the littoral countries have been trying to adopt a five-party document regulating legal obligations for the parties in maintaining rights to use waters above the seabed, the seabed, the subsoil, and the airspace above the Caspian Sea. Improved political dialog among the regional states is one of the crucial preconditions for the successful implementation of normative regulations. Witnessing contradictory and sometimes mutually exclusive actions of the Caspian Five states about the interpretation of the international legal norms the parties clearly understood that a regional compromise lies in direct political consultations at the highest level. As a result, at the beginning of 2000s the heads of the littoral states agreed to establish the five-sided mechanism of negotiations, namely, the Caspian Summit format. To date, there have been four meetings of the Caspian Five leaders within the framework of the Caspian Summits. However, the positive impact of these negotiations was widely acknowledged only after a decade of consultations. For instance, on the first day of the I Caspian Summit held in Ashgabat on April 23-24, 2002, all Caspian Five Presidents expressed their ideas about the sea delimitation issue demonstrating no flexibility or mutual understanding.