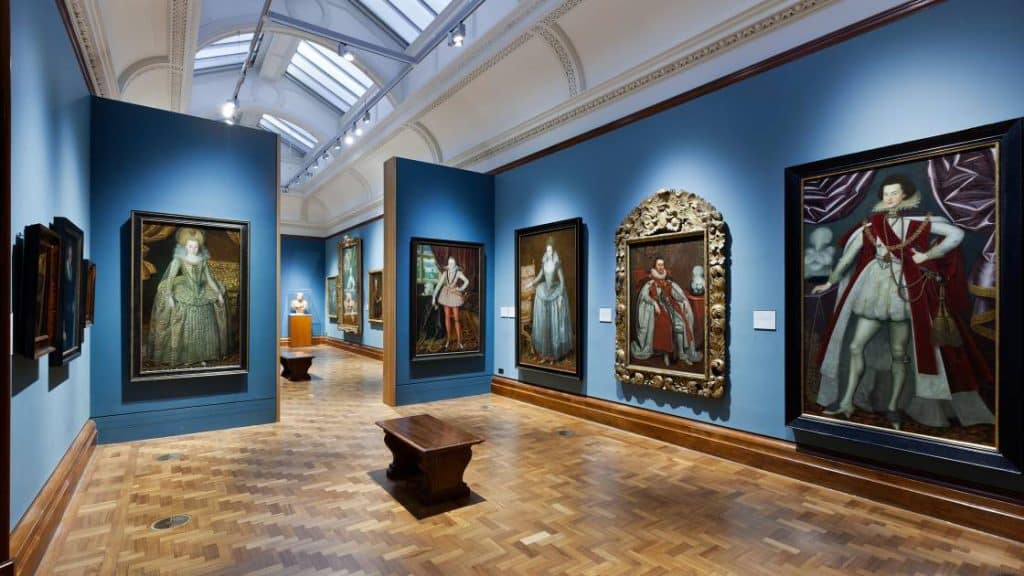 Global pandemic has changed humanity’s daily routine in various ways, mostly introducing negative effects to it. However, there are silver linings even during such times. One of the most unexpected, yet admirable side effects of the coronavirus pandemic is that it has opened the opportunities for enriching people’s lives in cultural fields as many of the world’s widely recognized museums, theaters and galleries have opened their virtual doors to every person connected to the Internet. Furthermore, various celebrities across the world have been organizing free virtual concerts and shows for their fans.

This trend has reached Kazakhstan as well, where people being trapped in their homes have increased the overall Internet traffic by at least 20% since the beginning of quarantine [Profit.kz, 2020]. However, the transition to online model hasn’t been as successful and smooth for local facilities as it was for their global counterparts and it is questionable if local cultural products are ready to compete on a global scale. Another concern is the ability of the local target audience to adjust to changes.

Regarding museums, there are various lists of all local ones that provide virtual tours, containing at least 10 names of museums [Afisha.kz, 2020]. The first problem is that 40% of them are not functional, even including such organizations as the Museum of Elbasy Library. Moreover, some of the functioning virtual tours are highly inconvenient due to the low quality of images or poor navigation console design, as it is the case for the Central state museum of the Republic of Kazakhstan. In the world where user experience is the key and people are able to compare with such international giants as British Museum and Louvre, both of which have designed outstanding virtual tours, or other international museums that may be accessed through Google Arts and Culture platform, Kazakhstani museums generally fall far behind. Still, there are some enjoyable local examples, such as the Zhetysu 360 project, which offers a 3D tour with breathtaking views at some natural sights of Kazakhstan, including Charyn canyon, lake Kaindy and Altyn-Emel national park, accompanied by ethnic music.

More than the half of local theaters, out of 25, situated in Almaty and Nur-Sultan have various sorts of online presence, not only in a form of web-sites, but also in social networks and web-platforms, Instagram, Youtube and Facebook being the most popular choices. Majority of them do upload content online from time to time, some started doing so specifically during quarantine. Despite the fact that theaters upload the whole performances, the same that are shown offline, the content doesn’t seem to be too popular, with the vast majority of videos averaging a few hundred views. For instance, such well-known and popular local theaters as Abay theater in Almaty and Astana Ballet theater in Nur-Sultan have managed to attract an average of 300 and 1,500 views on their videos uploaded during quarantine. One unexpected breakthrough is Artishock, positioning itself as a “first independent theater”, founded in Almaty in 2001. Artishock has outperformed its local competitors in online format, averaging at around 2,000 views per video. Moreover, the first video presented by Artishock during quarantine has gained 10,000 views, which has also surpassed the results of other Kazakhstani theaters for the same period. One underlying factor may be that Artishock is generally perceived as the theater with a relatively young target audience, which is very digitized and is ready to go online. However, there is still a long way to go, as for example Shakespeare’s Globe has uploaded one full performance during quarantine and achieved 75,000 views in 5 days.

Local celebrities in different fields of art have been developing their own ways to amuse people during lockdown, yet the most wide-scale project was initiated by national company Kazakhtelecom, which has launched “A quarantined star” show on its YouTube channel. So far, since the 23rd of March, 48 episodes have been uploaded, featuring various local singers, musicians, dancers and artists. Altogether, videos have collected around 1,4 million views, with an average of approximately 30,000 views per video. Interestingly enough, besides singers who had started their careers in 20th century and gained millions of fans thereafter, such as Roza Rymbayeva and Saken Maigaziyev, top 5 most viewed artists list included 91 musical band and singer Nazima, both unknown to the public until 2015 and 2018, respectively [Akhmetova, 2015]. These singers’ target audiences include mostly youngsters, further highlighting the importance of youth when it comes to online presence and views [Forbes, 2018]. The permanent presence of this age group online already provides their favourite celebrities an opportunity to compete with their more experienced colleagues. Moreover, with uncertainty about the duration of pandemic and its probable return the next autumn as a seasonal disease, the importance and relevance of online presence and recognition for people of art will only rise [Petitt, 2020].

Most of the local cultural figures reacted to the global shift towards online content distribution in the right way, reinforcing their virtual presence and uploading different sorts of content more actively. Nonetheless, the global nature of online competition requires not only the presence itself, but the ability to produce the best user experience and the best content for the potential clients, because the comparison with successful international examples is inevitable.

Furthermore, as it was highlighted previously, cultural facilities and figures should either reshift part of their efforts from more traditional audiences towards the more active one, diversifying their content in terms of youngsters, or help their traditional audience to transition to virtual platforms more actively. All of these processes have been going on for years and worldwide pandemic is merely an acceleration stimulus for those who lag behind. Finally, the perspectives of a full recovery and return to the same old world are vague. Thus, the trends for digitization and online access should not be considered as  the circumstances of a short-run crisis, but instead as a long-run opportunity.

Afisha.kz (2020). Virtual Museums of Kazakhstan. Retrieved from https://afisha.kz/art/stati-obzory-2/article/virtualnye-muzei-kazahstana. Accessed on 10.05.2020.