The Relation Between Financial Instability And Income Inequality In China 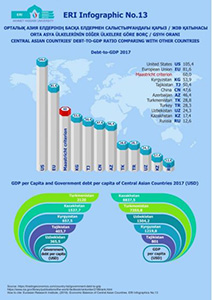 In the Chinese economy, high income which has caused an inequality in welfare distribution has led the economy to transfer from a centrally-planned economy to an increasingly market-oriented economy. The high degree of inequality in the Chinese economy results from mainly real factors such as rapid trade integration, technology, human capital differences and social security systems. However, financial factors such as the role of monetary policy, financial markets, prices and the banking system as well as the real factors indicated above should also be taken into consideration.

Real economy in China has been largely influenced by the financialisation process which can be defined as the high level of financial and non-financial firms in the market and the increasing effect of financial elites on the economy. An obvious relation between the growth of private debt relative to GDP and rising wealth inequality can be observed in the Chinese economy. Since the beginning of 2000’s, the top 10% of China’s population have increased their share of total wealth from less than 40% to almost 65%. Chinese economy is mostly dependent to export and fixed investment. With a large amount of financial inflows which are expected to boost GDP actually led to a high degree of financial deepening which as a result, triggered financialisation in the economy, caused problems in the banking system and monetary policy which then, triggered wealth inequality in China.

Chinese banking system depends mostly on collateral bonds which causes distortionary effects on capital allocation in favour of large assets holders instead of efficient holders which as a result, leads to the problem of overcapacity in the system. This problem causes inequality through rent-seeking. Certain agents receive special treatment and have preferential access to newly created credit. Chinese monetary policy is mostly characterized by the government setting interest rates elow the inflation rate. Financial repression in the monetary markets is used as a redistributive machine which transfers the purchasing power from savers to debtors. Besides, sterlization policy is widely used in the system which helps only the sellers of foreign exchange to receive liquidity which as a result causes a high degree of rent-seeking in the system. Thus, equality is distorted towards the rent-seeking group.

In the Chinese economy, high private debt also has been a source of instability and has had a negative impact on welfare equality. Besides, high private debt has always been an important threat for financial stability. So as to reduce the negative impact of financialisation on the economy and on the welfare equality, the Chine authorities should find new ways to implement economic policies to reduce their heavy dependence on credit to achieve GDP growth. In this regard, a comprehensive banking reform which will help to struggle with distortions that are caused by the financial repression in the system.