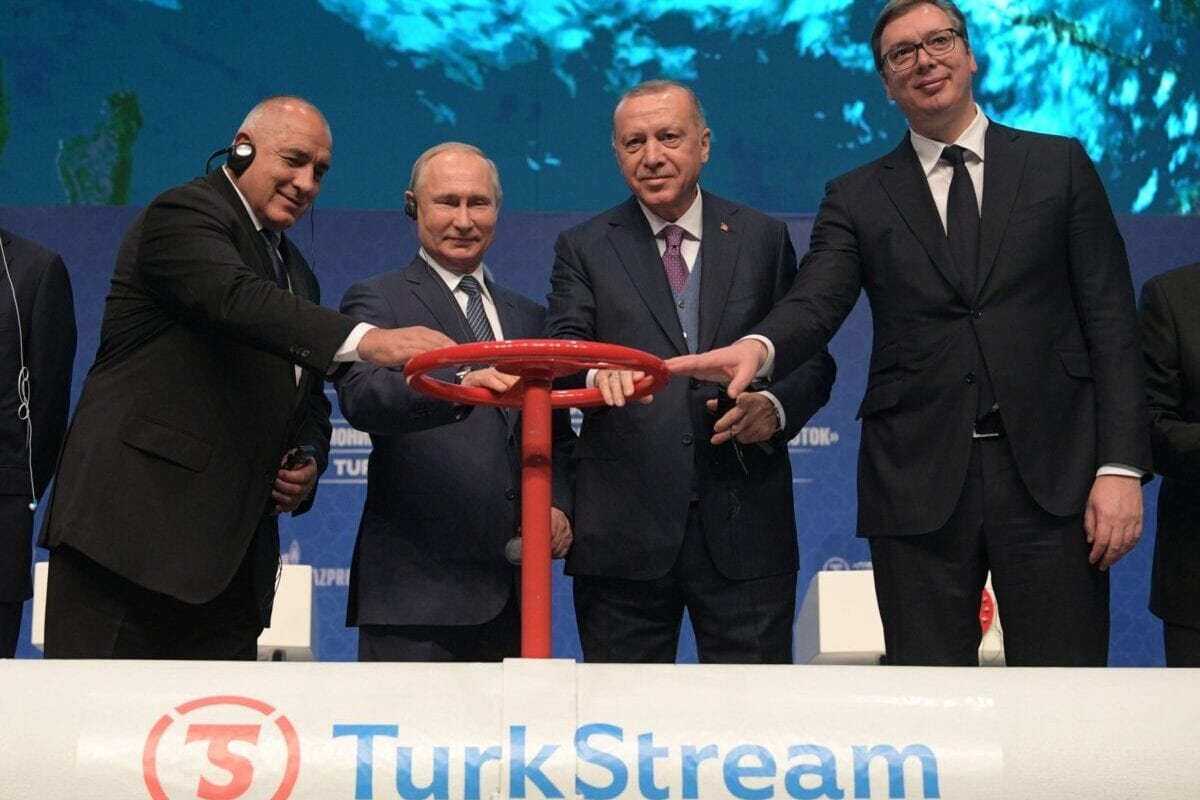 Turkey, with the fastest increase in energy demand, has been among the Organization for Economic Cooperation and Development countries in the last 20 years. In this period, Turkey ranks second in the world after China in the increase in electricity and natural gas demand. In this regard, Turkey is approximately 74% foreign-dependent in meeting its energy demand [mfa.gov.tr, no date]. The multifaceted nature of Turkey’s energy strategy and its dependence on foreign energy increase the importance of international relations in this field. One of the main objectives of Turkey’s energy strategy is ensuring route and resource diversification to strengthen energy supply security. Turkey also aims to contribute to regional and global energy security and to become a regional trade center in energy.

Turkey’s first natural gas purchase from Russia started in 1986 with the West Line. With this line, Russian natural gas passes through Ukraine, Moldova, Romania and Bulgaria and reaches Turkey via Tekirdag. The West Line, which has an annual contract amount of 4 billion m3, is 845 km long and reaches Ankara from Malkoclar on the Bulgarian border by following the route Hamitabat, Ambarli, Istanbul, Izmit, Bursa and Eskisehir. During the process, the capacity of Malkoclar Measurement Station located on the Bulgarian border was increased to 14 billion m³/year [Enerji.gov.tr, n.d.].

The second natural gas purchase agreement with the Russian Federation was signed on December 10th 1996 as a cash purchase. The agreement, which foresees the purchase of 8 billion m³/year gas, is planned to remain in force for 23 years. It is envisaged that this agreement will be executed in parallel with the agreement signed with Turusgaz, which is established to import natural gas from Russia to Turkey, on February 18th 1998  [Hodalogullari & Aydin, 2016].

The third natural gas agreement, also known as Blue Stream, was signed with the initiatives of Russia in 1997. With this agreement, Russia declared its absolute dominance in the Turkish natural gas market. The Blue Stream Project, which has caused various debates with its political aspect, has caused tensions between Turkey and Russia from time to time. However, despite all these discussions and investigations, the project was completed and the pipeline was officially put into operation on December 30th 2002 with a delivery protocol [Enerji.gov.tr, no date]. According to the 25-year agreement signed between Botas and Russian Gazexport, it has been decided to transport 16 billion m³ of natural gas per year to Turkey via a pipeline that will start from the territory of the Russian Federation and pass through the Black Sea. Before Blue Stream, Turkey, which was the third largest customer among 20 European countries that bought Russian natural gas in 2002, became Russia’s second largest customer after Germany with Blue Stream. In addition, while the natural gas of Turkmenistan was to be transported to Turkey via the Trans-Caspian Line, the Blue Stream project that Turkey signed with Russia limited the way of the energy regime that could occur with an energy-rich region like the Caspian [Kemaloglu, 2020].

Russia, which gave a political message to the European Union (EU) by canceling the South Stream project due to a disagreement with the EU, announced that it would build a new line to Turkey without using the territory of Ukraine. The details of the TurkStream project, which was planned to be built after Russia’s decision to cancel the South Stream project, started to materialize in January 2015. Considering TANAP, it seems that Tekirdag will become an energy point with these projects. However, it is also a fact that every new project increases the dependence on Russia.

On January 8th 2020, the leaders of Russia and Turkey realized the inauguration of the TurkStream Pipeline and thus implemented a new project in the field of energy [Gazprom.com, 2020]. Just a few years ago, Russia and Turkey were working on competing projects. While Russia was working on the South Stream project (the pipeline that would pass under the Black Sea would transport Russian gas from the city of Anapa to the Bulgarian port of Varna), Turkey was also interested in the Nabucco Project, which would transport gas from the Middle East and Central Asia to Europe. However, both projects could not be implemented due to political, economic and security reasons. Both this issue and the multi-faceted cooperation between Russia and Turkey played an important role in the introduction and implementation of the TurkStream idea. Russia’s search for alternatives to Ukraine and Belarus for exporting natural gas to Europe, and Turkey’s desire to be an energy “hub” have a great impact on the realization of this project.

As a matter of fact, Russia, with the TurkStream pipeline, not only has reduced its dependence on Ukraine in transit, but also remains the most important supplier of European countries. Another important aspect of the realization of this project for Russia is that it was realized despite the pressure of the USA and even the EU. The project is also of great importance for Turkey, as 15,75 billion cubic meters of gas per year will be delivered directly to Turkey without any intermediary country. On the other hand, by developing projects such as TANAP and developing natural gas cooperation with Iran and Azerbaijan, Turkey both meets its own energy needs and tries to become one of the global energy centers. On the one hand, when Turkey’s energy dependence on Russia continues to increase; on the other hand, Ankara is making good use of the Russia-Ukraine crisis, the Russia-EU energy conflict and the pressure policy of the USA on the EU countries regarding Russia in the field of energy in Eurasia. Thus, Ankara is progressing step by step towards becoming an important player in the field of energy.

Enerji.gov.tr (n.d.). Pipelines and Projects. Retrieved from https://enerji.gov.tr/nukleer-enerji-ve-uluslararasi-projeler-genel-mudurlugu-boru-hatlari-ve-projeleri. Accessed on 01.02.2022.

Hodalogullari Z., Aydin A. (2016). The Effect of Natural Gas Cooperation between Turkey and Russia on Turkey’s Energy Security. Retrieved from  https://www.researchgate.net/publication/301682253_TURKIYE_ILE_RUSYA_ARASINDAKI_DOGAL_GAZ_ISBIRLIGININ_TURKIYE’NIN_ENERJI_GUVENLIGINE_ETKISI. Accessed on 01.02.2022.

Kemaloglu I. (2020). New Symbol of Turkey-Russia Friendship: TurkStream. Retrieved from https://www.aa.com.tr/tr/analiz/turkiye-rusya-dostlugunun-yeni-sembolu-turkakim-/1697460. Accessed on 01.02.2022.